Home Real Housewives of Atlanta News RHOA Star Kenya Moore Claps Back at Porsha Williams’ “Pure BS” Claim That She Shaded Her About Shamea Morton, See What She Posted on Twitter!

RHOA Star Kenya Moore Claps Back at Porsha Williams’ “Pure BS” Claim That She Shaded Her About Shamea Morton, See What She Posted on Twitter! 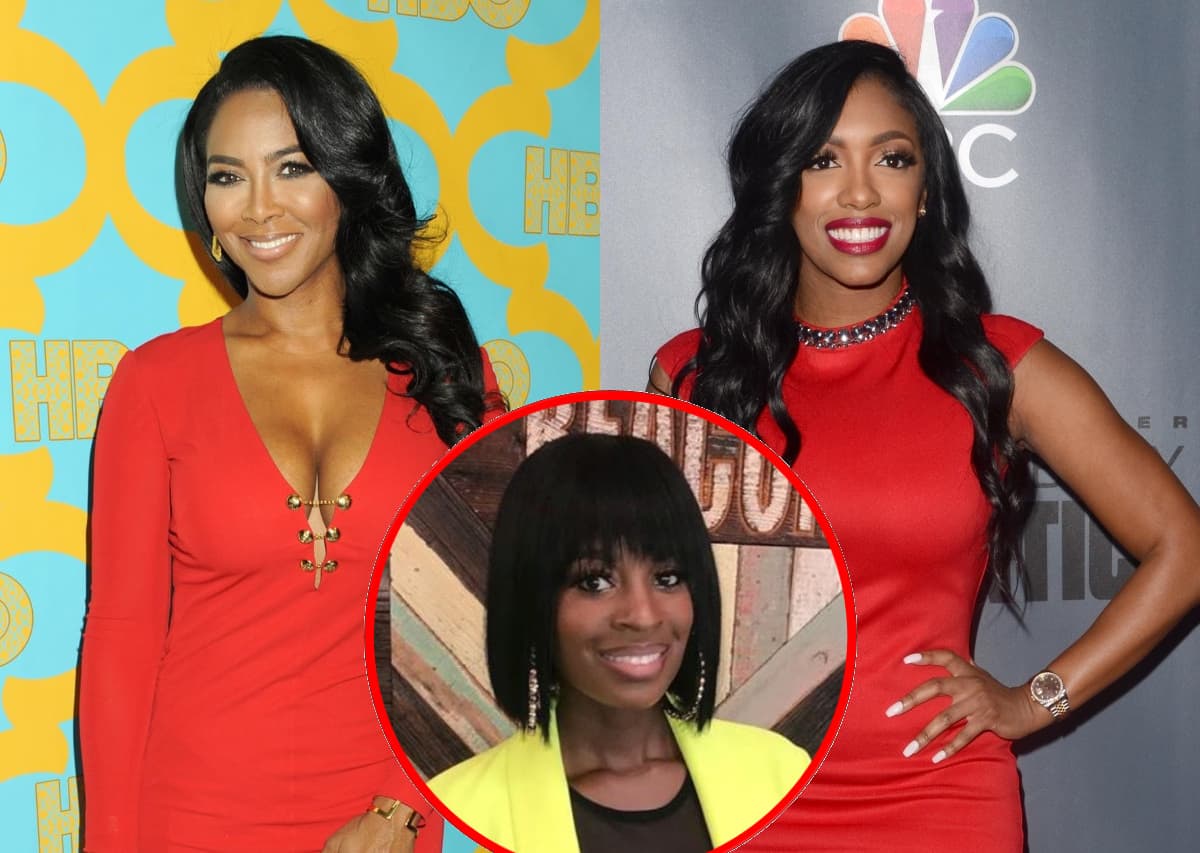 Kenya Moore is clapping back at Porsha Williams for implying she shaded her friendship with BFF Shamea Morton.

Fans of The Real Housewives of Atlanta have witnessed the close friendship between Porsha and Shamea throughout the years, which is why it caught Porsha off guard in the April 5 episode where, at her March of Dimes event, she learned Kenya was the first person Shamea called when she went into labor. During Shamea’s story and mention of the phone call to Kenya, Kenya pointed out how Porsha wasn’t “available,” which Porsha feels was an insinuation that she wasn’t there for her friend in a time of need.

In the preview for next week’s season finale episode, Porsha calls out Kenya for seemingly shading her at the charity event while talking to Nene Leakes.

“This girl is making it look like I don’t even care for my best friend who’s the closest to me,” Porsha says in the preview.

Kenya responded in kind on Twitter  to the preview (and to multiple fans calling her messy), explaining her relationship with Shamea and denying she was being shady to Porsha in any way.

“I’m friends with Shamea and pregnant at the same just 2 weeks apart…Shamea calls me once when she had an issue but somehow now I TRIED to make it look like She doesn’t care for Shamea” … now THAT’S pure BS. #FakeFeud #RHOA.”

The reality star then responded to a fan’s implication that Kenya “shaded” Porsha at the event by saying, “I don’t know where Porsha was.”

“She called me so that’s a question for Shamea. I have nothing to do with their relationship clearly they love each other. To infer that means “I don’t care for her”…that’s a reach sweetie. Thanks for your input.” 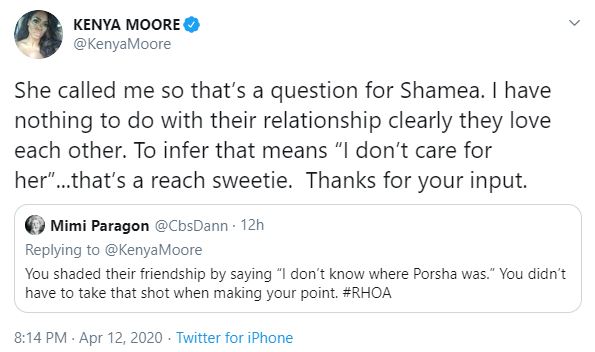 Where do the women go from here? We’ll have to see what happens on the season finale and if the reunion devolves into multiple shouting matches.