Vanderpump Rules Star Raquel Leviss Appears on Lala Kent’s Podcast as They Hash Out Their Feud, Plus Lala Cries and Apologizes 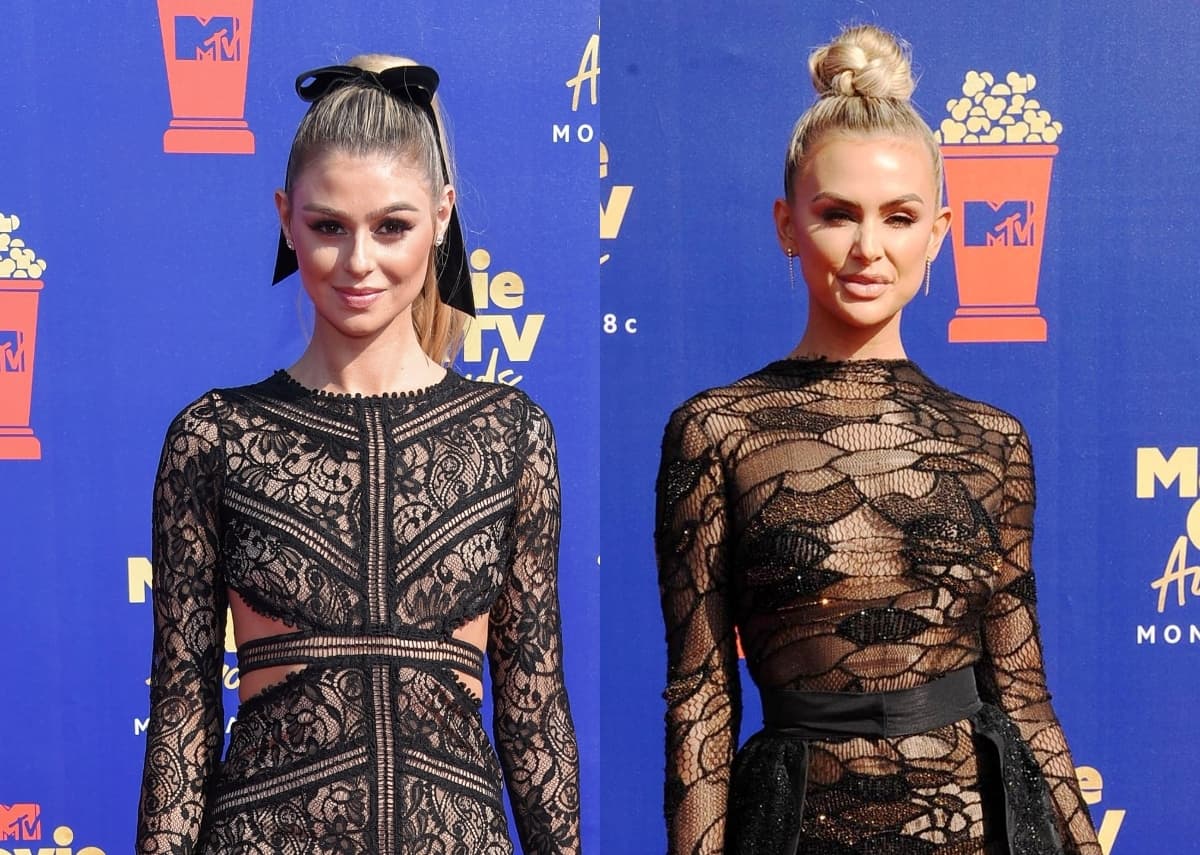 Amid a rocky season of fighting and low-key shade, Vanderpump Rules stars Lala Kent and Raquel Leviss hashed things out this week.

The two talked out their differences during a new interview on Lala and fiancé Randall Emmett‘s podcast, discussing their issues and how they were able to find some resolution on and off the show.

Pump Rules fans have witnessed some nasty fighting this season between the two ladies, with numerous fans labeling Lala a “bully” after she told Raquel to “stay in her place” and harshly confronted her at Tom Sandoval‘s birthday party.

Lala admitted how horribly she felt and how much she grew from the experience.

“This season we had our coffee date which I know that we both felt […] was a highlight,” stated Lala on her Give Them Lala … With Randall podcast.

“I loved filming that scene with you,” Raquel agreed. “That was one of my highlights this season because we got to speak [on] such a civilized and nice level where we were hearing each other and I just got to talk to you about my experience with James’ steps to sobriety and I feel like we were able to relate in a way.”

Lala acknowledged that, although the two have had their differences, she was eventually able to relate to Raquel on screen as well as behind the scenes, as the two have had some time to reflect on their conflict.

“You’ve made an extremely hard life-changing moment coming on to this show, I know that it’s not easy,” Lala said. “And from the bottom of my heart I am sorry that you’ve been on the receiving end of my wrath. It will not happen again and I wanna tell you, not only were you cool, calm, and collected, you are so f–king fun to watch this season, Raquel, you need to know that.”

After Raquel got off the phone with Lala and Randall, they both discussed Lala’s difficulty of dealing with the situation after she watched herself on screen. The reality star and songstress noted how filming for a reality TV show is “a lot of work” and that she and her co-stars are “thrown” into positions of pressure, making it difficult to step back and reflect on or change your behavior.

“[T]he making up of my cast members, when we can see eye-to-eye and show love because we’re in this together … that is the most beautiful moment,” she stated.

Randall commented on how much watching the episodes harshly affected Lala and made a solid impression on her — which caused Lala to start crying as she reflected on her rash behavior toward Raquel.

“[Of] anybody who I think should get the wrath of whatever I’m feeling, [Raquel] is … so not the one … and I feel really bad about that,” she said, holding back tears.

“The part that I need to work on …. when I went off on Raquel two times this season … what she was saying … I felt that things that I cared about were [under] attack,” Lala explained.  “Even last year I felt that she was attacking my dad and I needed to take a step back and be like, she’s not meaning this in an ill way. But instead, I took it and I was like, ‘I’m ready to fight.’ And I should know by now the difference when someone’s trying to be evil and mean and when someone is saying something where I am taking it the wrong way.”