by Cynthia Cook May 4, 2020 37 comments
ShareTweetWhatsappPinterestRedditTumblrMailFlipboard 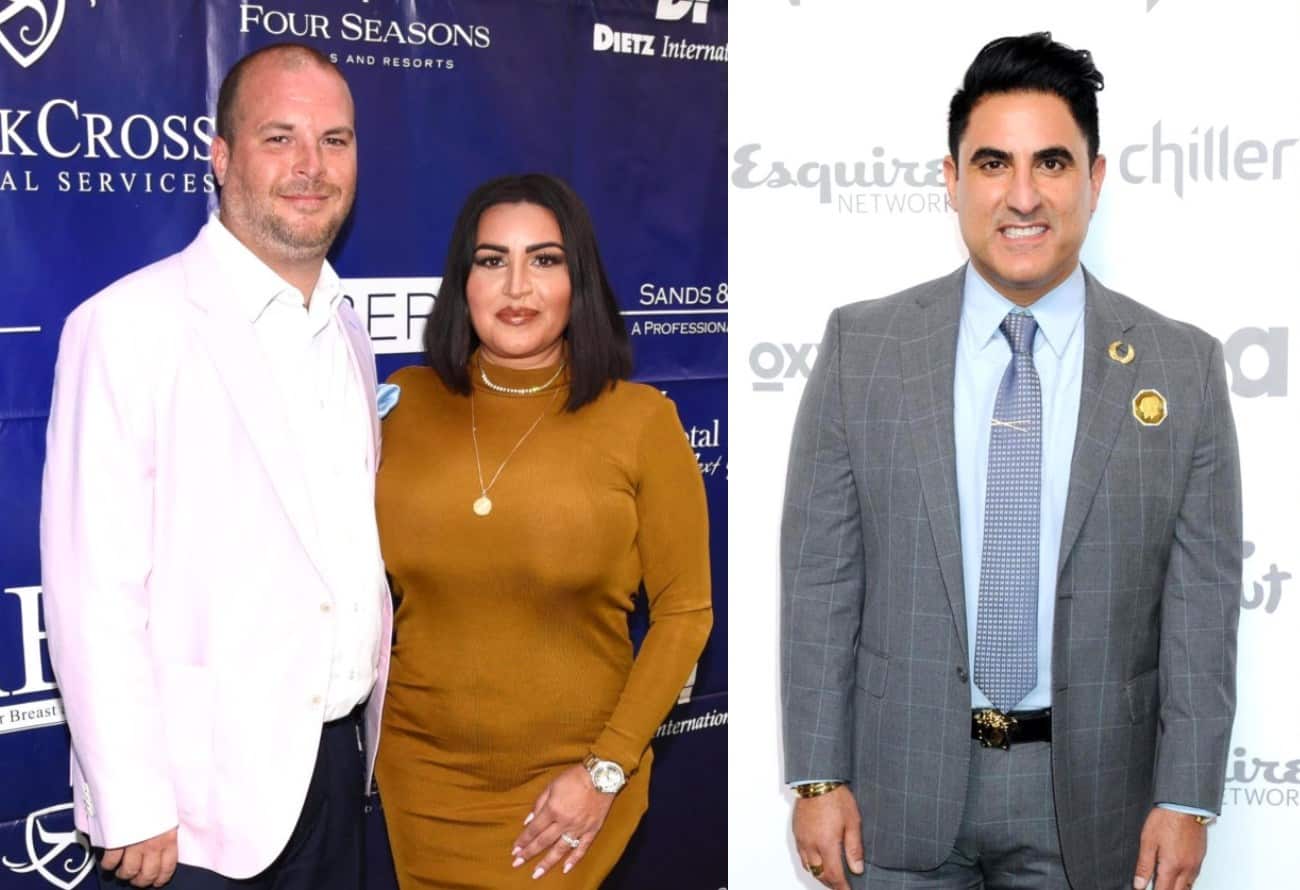 The turbulent drama we’ve seen on Shahs of Sunset this season keeps getting messier by the episode — and apparently off screen as well.

In a May 1 episode of Watch What Happens Live, show stars Reza Farahan and Mercedes “MJ” Javid were joined by their husbands to hash out some drama they faced this season. They (separately) discussed the restraining order Reza filed against MJ’s husband Tommy Feight after he trespassed and vandalized the home Reza shares with husband Adam Neely in retaliation against Reza, who he accused of “minimizing” the terrifying delivery MJ went through during the birth of their first child.

Speaking with Andy Cohen, the Shahs star revealed what went on behind the scenes with Tommy and why he decided to file a restraining order.

“We unfortunately don’t have cameras in our car, so what you didn’t get to see is that he called me and said, ‘Reza, you motherf–ker, I’m gonna f–king kill you!’ […] and then I hung up on him,” Reza explained. “And then we got a Ring notification that he came to our house. So, it wasn’t that he came to throw around some plants.”

Reza went on to explain how Tommy said he wanted to “break [his] legs” and that he and Adam were genuinely fearing for their lives.

When Andy asked MJ and Tommy if there was anything else they wanted to “clear up” around their drama, Tommy went off on accusing Reza of cheating multiple times, claiming he’s had “witnesses” who have seen it happen.

“Everybody knows that this is how they get down. The night that [MJ] came back to New York — to do your show with him — he banged another dude,” Tommy said. “She had a party for me where all my friends came […] I got 50 witnesses that saw him making out with another guy in the club.”

Andy also asked Tommy what he thought about “Reza sobbing at lunch with MJ” in a recent episode of the show, hinting at the possible reconciliation between the two former BFFs.

“I wanted to vomit,” Tommy lamented. “All he cares about is fame, bro. That’s all he cares about. He would kick Adam down a flight of stairs made of razor blades and broken glass if he thought he would get another season of the show out of it. So trust me — believe nothing of what you see and none of what you hear from that dude.”