by Lindsay Cronin May 23, 2019 33 comments
ShareTweetWhatsappPinterestRedditTumblrMailFlipboard 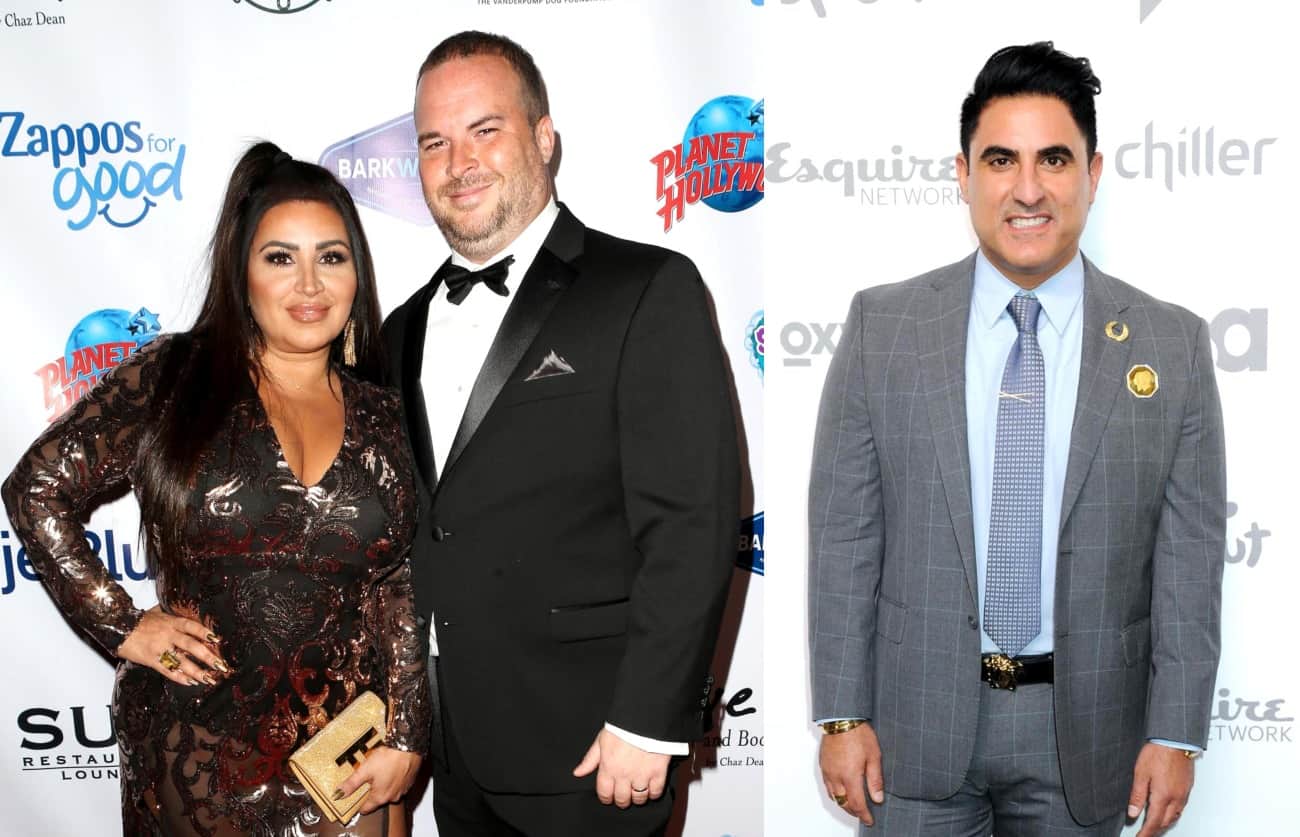 Mercedes “MJ” Javid and her former best friend, Reza Farahan, are at odds and in a recent Instagram post, MJ’s husband, Tommy Feight, came to her defense as he shared a photo of MJ lying unconscious after giving birth.

After allegedly vandalizing the home of Reza and his husband, Adam Neely, Tommy took to Instagram to defend his Shahs of Sunset star wife against her former best friend, who he stated ‘minimized’ what she went through during the complicated birth of their son, Shams Francis, in a series of leaked text messages.

“This is how my wife spent her 1st 2 days as a mom – it was without a doubt the most terrifying experience I have ever been through, I have never felt so alone and helpless and even now I can’t think of this experience without breaking down – she is a warrior and stronger then any women I know – she is my Queen my hero and my universe,” he wrote with a photo of MJ in the hospital, where she underwent a life-saving surgery in April.

“I will let NO ONE disrespect minimize and devalue all that she went through to bring our son into this world,” he continued. “I took vows to protect her and keep her safe and I will do that until my last dying breath.”

Days ago, Reza shared a series of text messages sent between him and MJ on Instagram and in the caption, he suggested her life was not truly in jeopardy after the birth of her baby boy.

“She came for me while she was ‘dying’ and in ICU,” he wrote. “Luckily her health scare passed quickly and she was out and about going to the opening of an envelope.”

Following her husband’s post, MJ shared the photo he posted with her own fans and said, “No caption needed. My husband shared this photo today, and when I walked into the nursery, he was in tears again from recalling the experience.”

In a separate statement to Page Six, MJ added: “It deeply saddens me that my former friend is battling with his demons and has decided to go this low to hurt me. The more he goes down this dark path, the harder it will be for him to recover from it.”

Several hours after Tommy came to MJ’s defense, Reza offered an apology on Instagram and said he was “signing off.”

“In my haste to get the timeline of events out, I included a text [with] sensitive information, that was sent to me by Tommy, using MJ’s phone,” he wrote. “For that I’m truly sorry. I had forgotten that was in there and genuinely wish I could go back and cut that one out. Unfortunately it’s out and I’m very sorry. Our lives are more important than a feud. I can’t explain how unsettling it is to feel unsafe in our own home, so we’re signing off.”

Amid their feud, Tommy was caught on camera vandalizing Reza and Adam’s home and shortly thereafter, Reza filed a restraining order against him.