by Lindsay Cronin May 21, 2019 44 comments
ShareTweetWhatsappPinterestRedditTumblrMailFlipboard 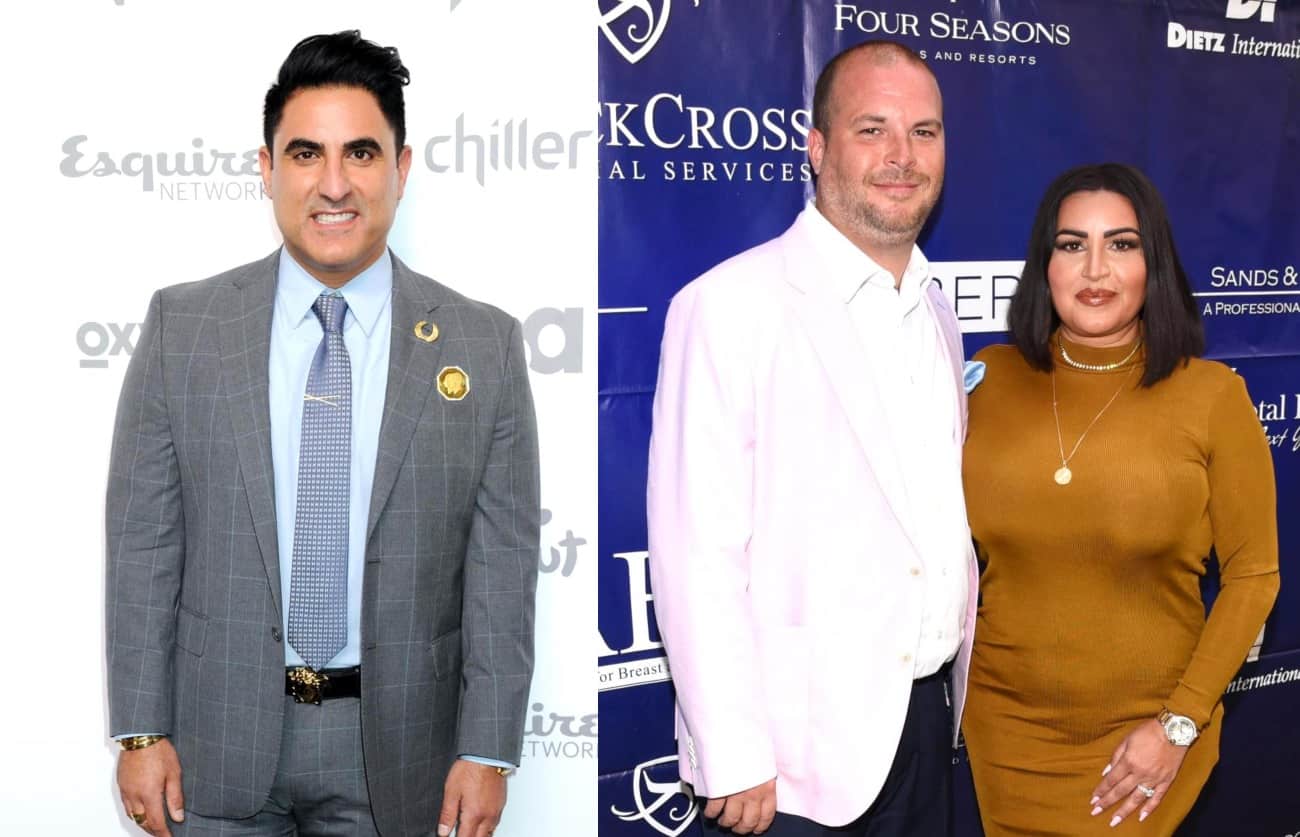 Shahs of Sunset star Reza Farahan has taken legal action against the husband of his co-star.

Just after leaking text messages sent between him and Mercedes “MJ” Javid and encouraging MJ to tell her husband, Tommy Feight, to stop “threatening [him] by phone,” a report claims that Reza filed a restraining order against Tommy and accused him of threatening to kill him and vandalizing his home.

According to his restraining order, which was obtained by The Blast on May 20, Tommy “threatened [Reza’s] life by phone and at 2:34 pm [on Sunday, May 19] he vandalized [Reza and his husband Adam Neely‘s] home.”

Reza said he and Adam were able to watch the vandalization play out on their home’s security camera after witnessing Tommy arrive at their residence “holding a bat.”

During an interview with The Blast after his restraining order filing, Reza said his fight with Tommy began after MJ supposedly attempted to become the “ringleader” of the Shahs of Sunset cast and suggested Adam cheated on Reza, and committed sexual harassment. He also admitted to blocking MJ on social media after she launched her “campaign” against him.

As for Reza’s leaked text messages, one of the messages disclosed personal medical information about MJ’s complicated birth and delivery last month, which allegedly set Tommy off and prompted him to call Reza. Reality Blurb decided not to include that information in our story yesterday about the text messages once we realized MJ had not yet publicly disclosed this.

According to Reza, he hung up on Tommy after being threatened and didn’t initially take his threat seriously because he believes Tommy is nothing more than “a low-class thug.” Then, after seeing Tommy on his security footage, Reza called the Los Angeles Police Department.

And while Tommy was gone by the time police arrived, he reportedly had enough time to venture into Reza and Adam’s backyard and destroy several potted plants. In photos and videos of the incident, Tommy was reportedly seen holding a bat and tossing plants around the yard.

Reza’s restraining order request was granted earlier this week and next month, the men are expected to face-off in court.

Shahs of Sunset season eight is expected to air on Bravo TV later this year.