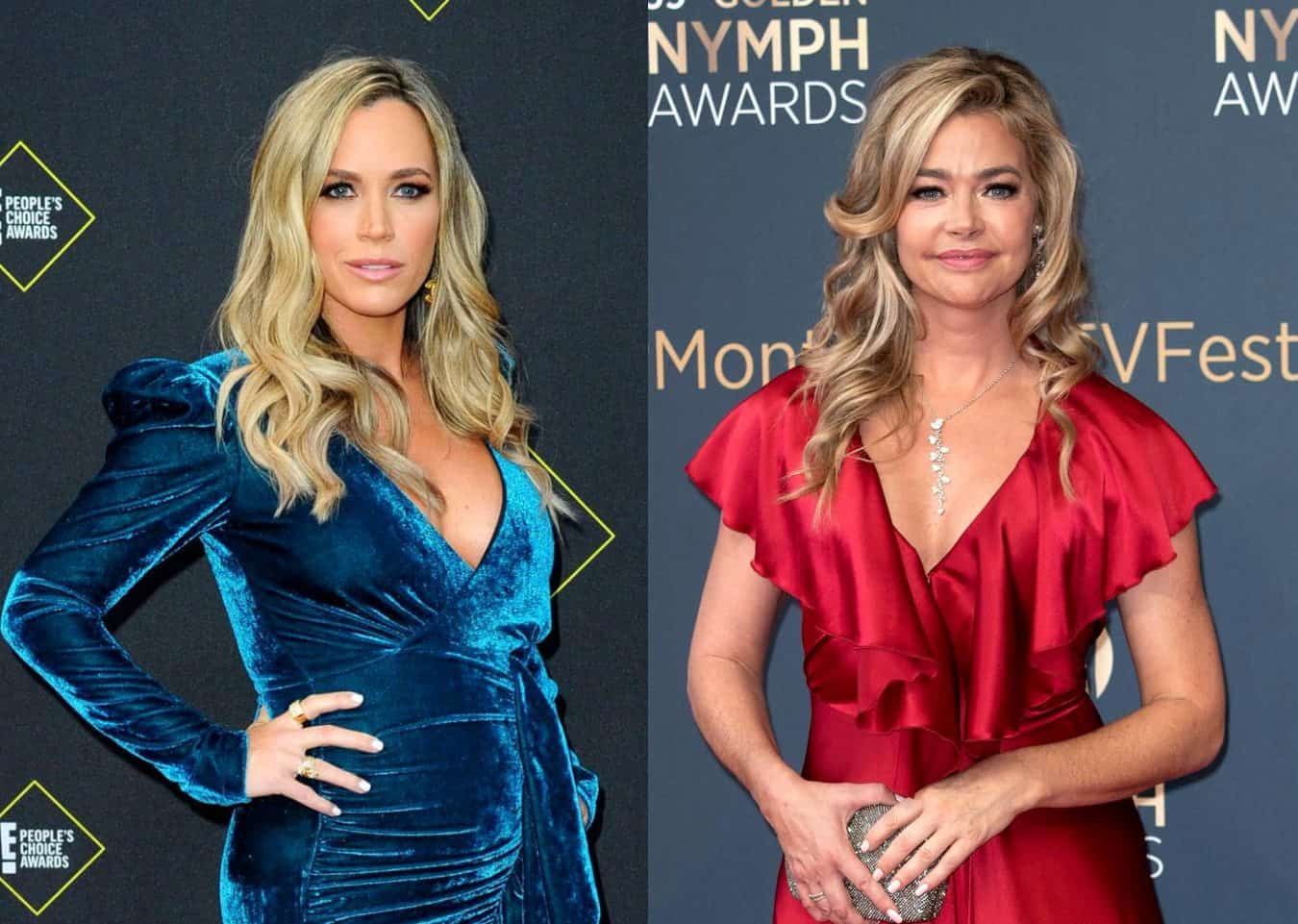 In The Real Housewives of Beverly Hills season 10 teaser, we saw a shocking moment at a dinner party with the ladies where Denise exclaimed, “Bravo, Bravo, f–king Bravo! I’m out. I’m not f–king doing this.” The end of the trailer also revealed how Denise “stopped shooting” with the group in December.

Following the clip, Kyle Richards explained how Denise might have heard about the tactic as something RHOBH housewives from season one would use.

“If the cameras come back up and we don’t want them to film us yet, we would joke and say, ‘Oh, Bravo, Bravo, Bravo. Hi, Andy Cohen. Hi, Andy Cohen.’ And then laugh so they wouldn’t use the footage because you can’t break the fourth wall because they don’t acknowledge that we’re on a show,” Kyle said in a recent interview.

Teddi, however, had a different take on the matter, explaining how “there’s no safe word” and that she’s “never seen anybody else in our group do that.”

“Every single time she did it, I was like, who told her this?” said Teddi. “And honestly, like, it’s so obnoxious. Like, there was one point we were at a dinner, and she’s like ‘Bravo, Bravo, Bravo,’ like a crazy person. And I’m like, you know what you signed up for, are you serious?’”

Teddi went on to explain how frustrating it was for the ladies that Denise seemed fine with drama “when it involved somebody else,” but if it involved her, she fled.

“It really puts you in a weird situation because you’re trying now again to control what people are seeing and we’re having a conversation here,” she stated.

Teddi isn’t the only one in the group who became frustrated by Denise trying to “control the narrative,” with Kyle and Lisa Rinna explaining recently how it irritated them she didn’t want to play by the rules and participate.

“All of us have been in the hot seat at one point or another,” Teddi added. “And within this group, there are some times where you’re gonna say something about somebody and feel differently two weeks later. And that’s life. It’s what happens […] but it’s trying to control the narrative and that’s just one of the ways she tries to do it.”