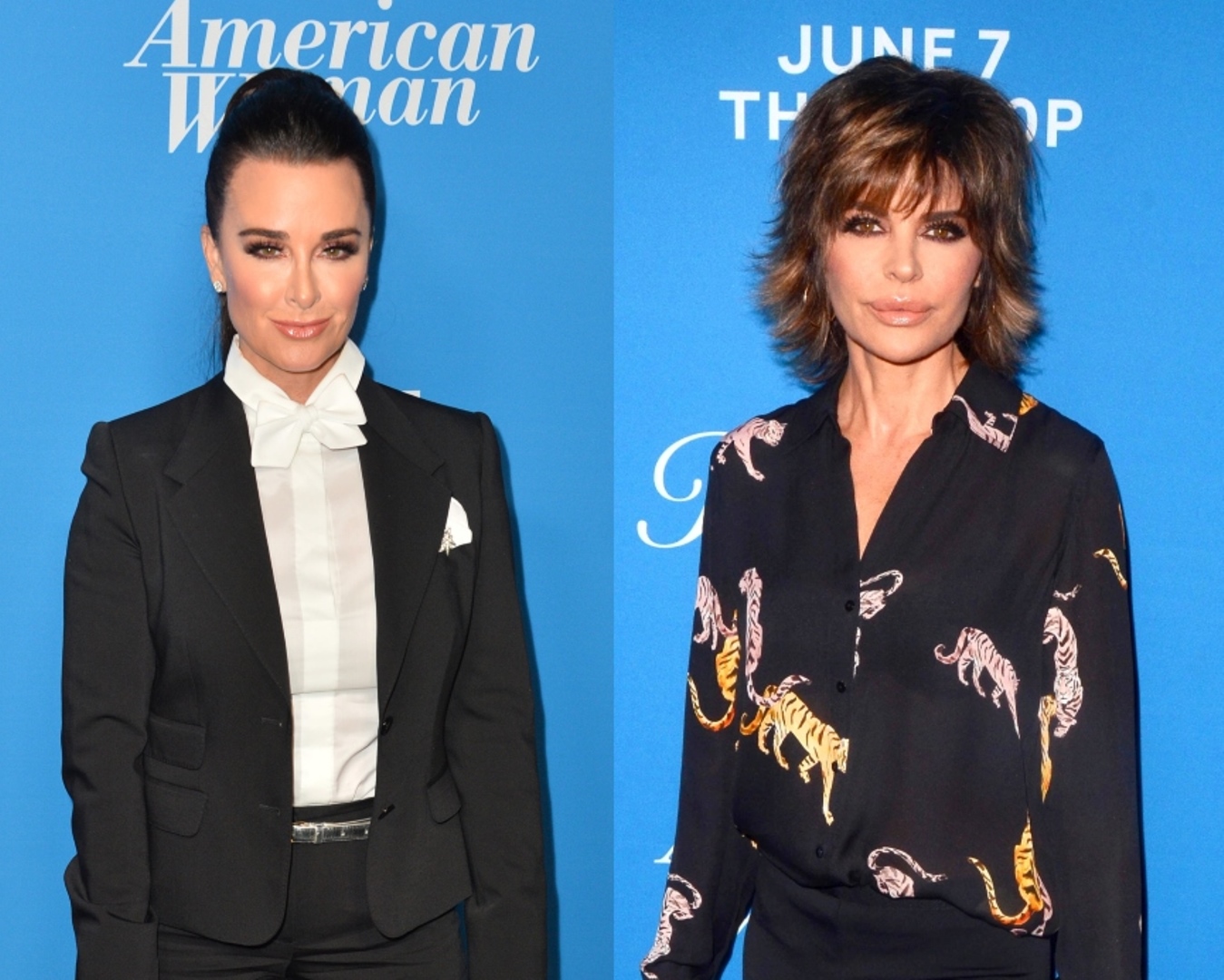 In tonight’s episode of The Real Housewives of Beverly Hills, things get a little heated between Kyle Richards and Lisa Rinna.

The women get into it at a dinner party held at Denise Richards‘ home after Kyle’s blindsided by a comment from Dorit Kemsley, causing her to spiral.

In a special sneak peek for the episode, some of the ladies seem to think Kyle is quick to rush to defend Teddi and not them.

“I feel like Dorit is irritated because she thinks that you blindly rush to Teddi Mellencamp‘s defense in our group,” says Erika Jayne.

Dorit then says to Kyle, “I don’t think you would blindly defend anyone in this group like you have Teddi.”

However, an emotional Kyle disagrees.

“I defend you all the f–king time,” Kyle claps back, pointing out in a confessional how she essentially lost her friendship with Lisa Vanderpump over what she felt was defending Dorit.

Rinna then chimes in with some skepticism, saying that’s something she doesn’t really believe.

“When it’s your sister,” Lisa replies.

“Really, Rinna? You’re gonna go that deep? I see what you’re doing now,” Kyle exclaims, tearing up. “It cost me a relationship with my sister, so f–k you. So f–k off.”

That comment obviously triggered Kyle, considering her long-standing drama with sister Kim Richards and the tension it brought to the group when Kim and Lisa feuded during season seven.

A flashback clip from 2016 then shows Lisa calling out Kim’s strange behavior, saying, “a sober person doesn’t act like that” with Kyle coming to her sister’s defense.

“I’m just pointing out the truth,” Rinna explains in her confessional. “You can’t make that statement.”

After that moment, the mood spirals, with Denise defending Lisa after Kyle told her to “f–k off” and Kyle then sparring back at Denise to “leave [her] alone.”

Phew. The RHOBH dinner parties this season are off the charts.