Home Real Housewives of Orange County News RHOC’s Vicki Gunvalson and Tamra Judge Shade Kyle Richards for Getting a “Million Dollar Paycheck” to ‘Play it Safe’ on the RHOBH, Plus Vicki Calls Out Ramona Singer

RHOC’s Vicki Gunvalson and Tamra Judge Shade Kyle Richards for Getting a “Million Dollar Paycheck” to ‘Play it Safe’ on the RHOBH, Plus Vicki Calls Out Ramona Singer

by Cynthia Cook May 7, 2020 55 comments
ShareTweetWhatsappPinterestRedditTumblrMailFlipboard 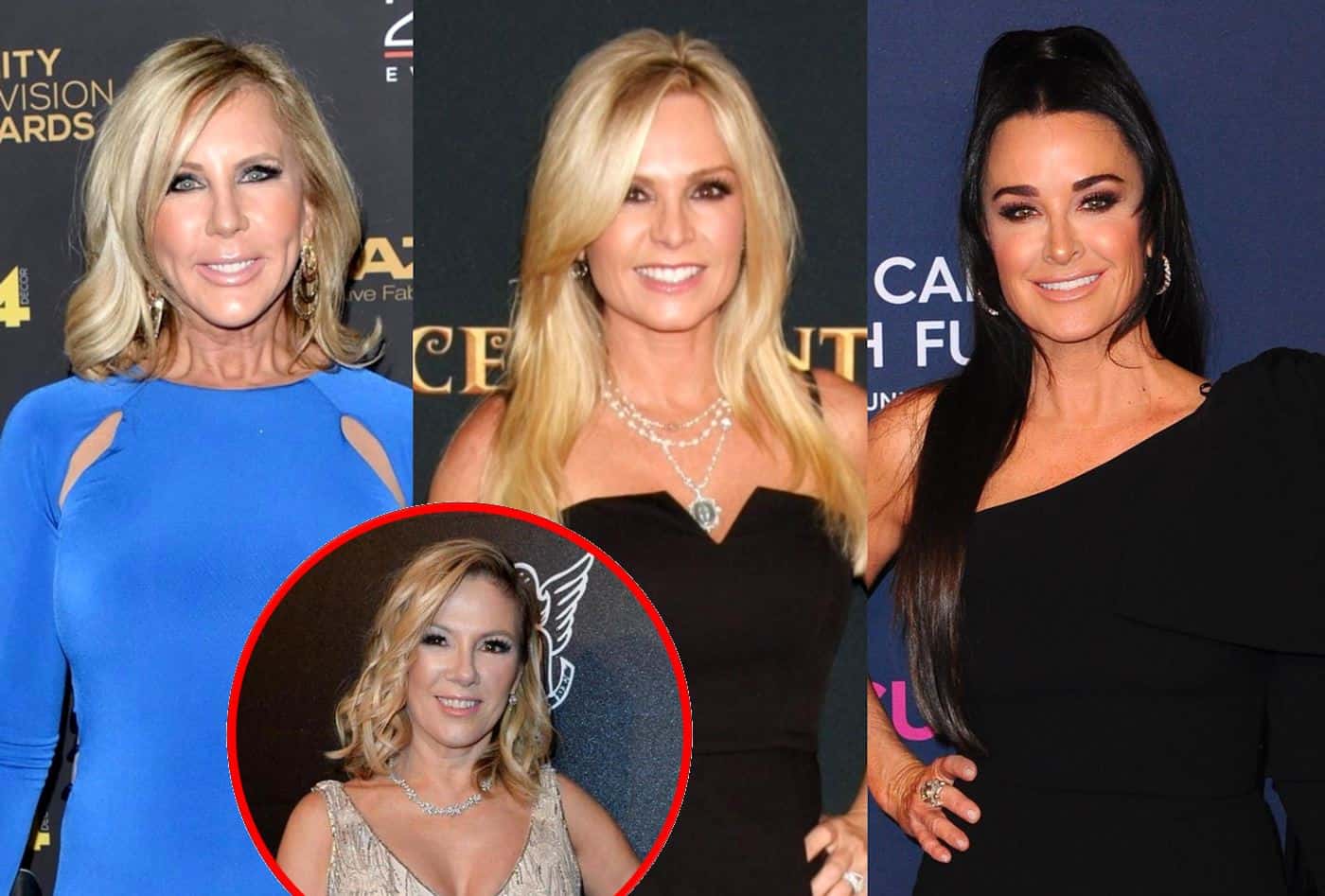 During an Instagram Live session on May 5, the ‘Dos Amigas’ of the RHOC dished on their former co-stars before turning their attention to the OG housewives from other franchises.

Prompted by Tamra, Vicki shared her opinion of other housewives by saying the first thing that came to her mind.

“Big eyes,” Vicki said of Ramona. “She thinks she founded the ‘Housewives’ and she didn’t. I did.”

If you recall, Vicki and RHONY star Ramona famously feuded in 2018 after Ramona claimed that she, and not Vicki, who started out on the very first season of Bravo’s first Housewives franchise, RHOC, launched the Real Housewives.

Next up in the hot seat was RHOBH OG Kyle.

“Kind of vanilla,” Vicki said about Kyle. “I don’t see any conflict. I just see her like, playing the safe lane always.”

Tamra appeared to agree, pointing out that Kyle still gets her large paycheck from Bravo despite ‘playing it safe.’

“Well, she’s still got her million dollar paycheck,” Tamra said, perhaps referencing her and Vicki’s recent departures from RHOC following their insulting “friend” demotion offers, which they ultimately turned down for season 15.

You can check out the video of Vicki and Tamra below.

Kyle and Ramona have yet to respond to Vicki and Tamra’s comments about them.