Home Real Housewives of Orange County News Vicki Gunvalson and Tamra Judge Throw Shade at Emily Simpson and “Brown-Wind,” Accuse Them of Plotting to Get on RHOC, Plus They Claim Shannon Lost Their Phone Numbers

Vicki Gunvalson and Tamra Judge Throw Shade at Emily Simpson and “Brown-Wind,” Accuse Them of Plotting to Get on RHOC, Plus They Claim Shannon Lost Their Phone Numbers

by Lindsay Cronin May 6, 2020 33 comments
ShareTweetWhatsappPinterestRedditTumblrMailFlipboard 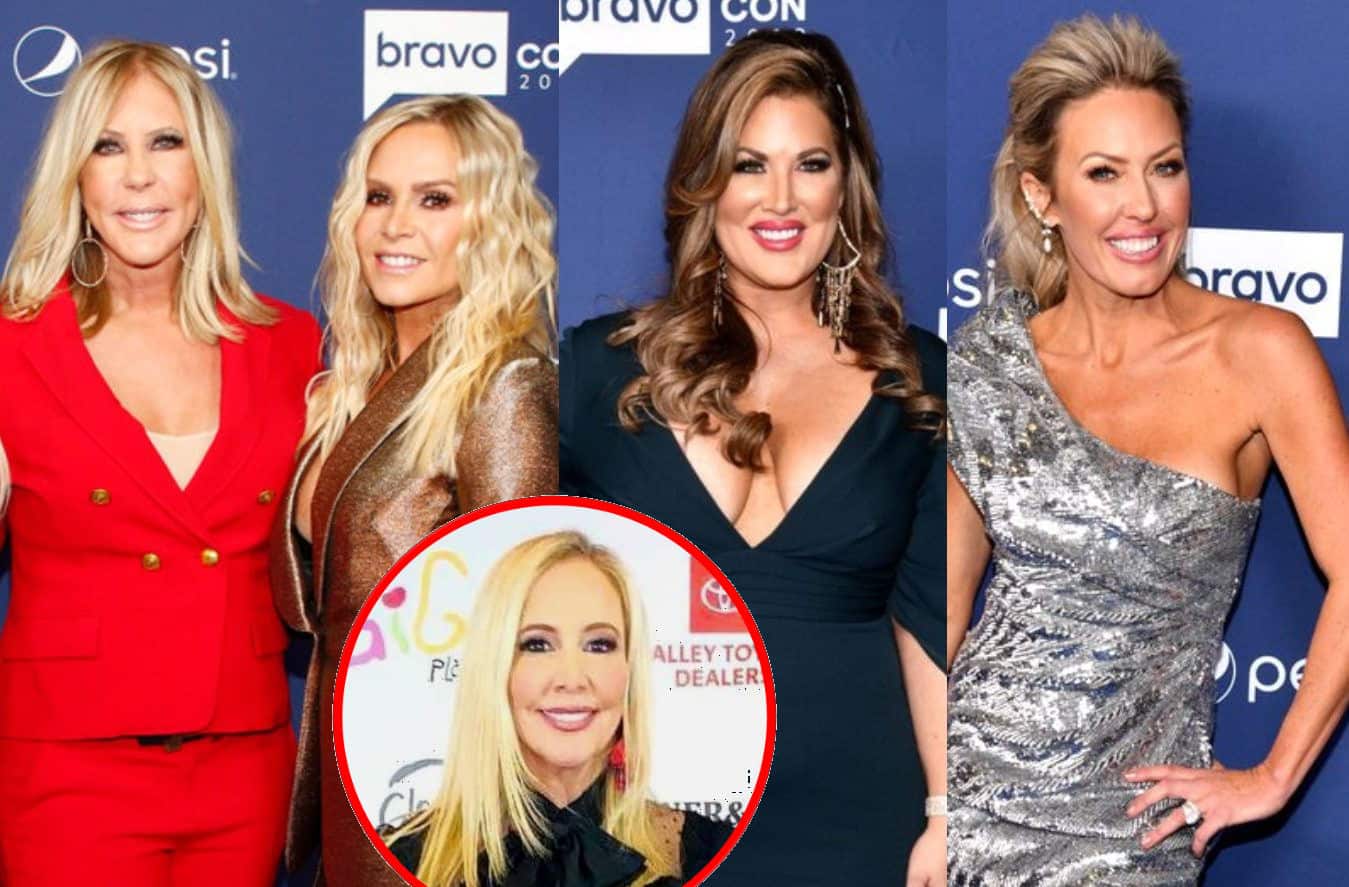 Vicki Gunvalson and Tamra Judge hosted a live Instagram chat with their fans and followers on Tuesday night in honor of Cinco de Mayo, and during the social media broadcast, they discussed their former Real Housewives of Orange County co-stars.

Over three months after they both announced they would not be featured on the series’ upcoming 15th season, Vicki and Tamra answered questions about Emily Simpson, Braunwyn Windham-Burke, and Shannon Beador, all of whom are currently in production on the show’s new episodes.

“Simpson? Is it Emily Simpson?” Vicki asked of her ex-co-star after seeing a fan mention her. “I never got to know her really well.”

According to Vicki, Emily didn’t have ties to the cast at the time she joined the show for season 13 in 2018, and the same went for “Brown-wind,” who Vicki said “wasn’t friends with anybody” on the series.

“I knew her. I had talked to her years ago,” Tamra revealed of Emily.

“Oh that’s right. You were the one that brought her on!” Vicki exclaimed.

“I honestly, I didn’t. I hadn’t talked to her in years,” Tamra responded.

Prior to joining the RHOC cast, Emily reportedly came to Tamra and other members of the franchise as a fan of the show in hopes of landing a role on the series.

“Ugh! I hate the people that have to try out,” Vicki said of Emily’s efforts.

“[Emily] came to me, like she did many of the Housewives in the past trying to get them… She told me she was a party planner. She used to be an attorney. [I] heard that her husband was a trust fund kid, basically, that took care of the kids. That’s what I knew of her.”

Not surprisingly, Vicki had a lot to say about “crazy” Braunwyn when the topic arose, labeling her as a “closet watcher” of the series who came out with an agenda against her.

“She played that one wrong with you,” Tamra noted.

Looking back at her past co-stars who have come onto the show as fans, Tamra said viewers don’t make the best cast members because they join the series with expectations.

During another segment of their chat with fans, Vicki and Tamra looked back on their friendship with Shannon, who cut ties with them earlier this year after her reconciliation with Kelly Dodd.

“She ran for the border. Shannon! If you are out there watching, I’m begging you to come on the other side,” Tamra pleaded. “Just because you’re on the show doesn’t mean you can’t be friends with us. We love you. You’re fun, you’re wacky, you’re crazy and you’re one of us.”

“And we miss you,” Vicki interjected.

“We miss you. We miss you so much!” Tamra agreed.