by Cynthia Cook May 5, 2020 9 comments
ShareTweetWhatsappPinterestRedditTumblrMailFlipboard 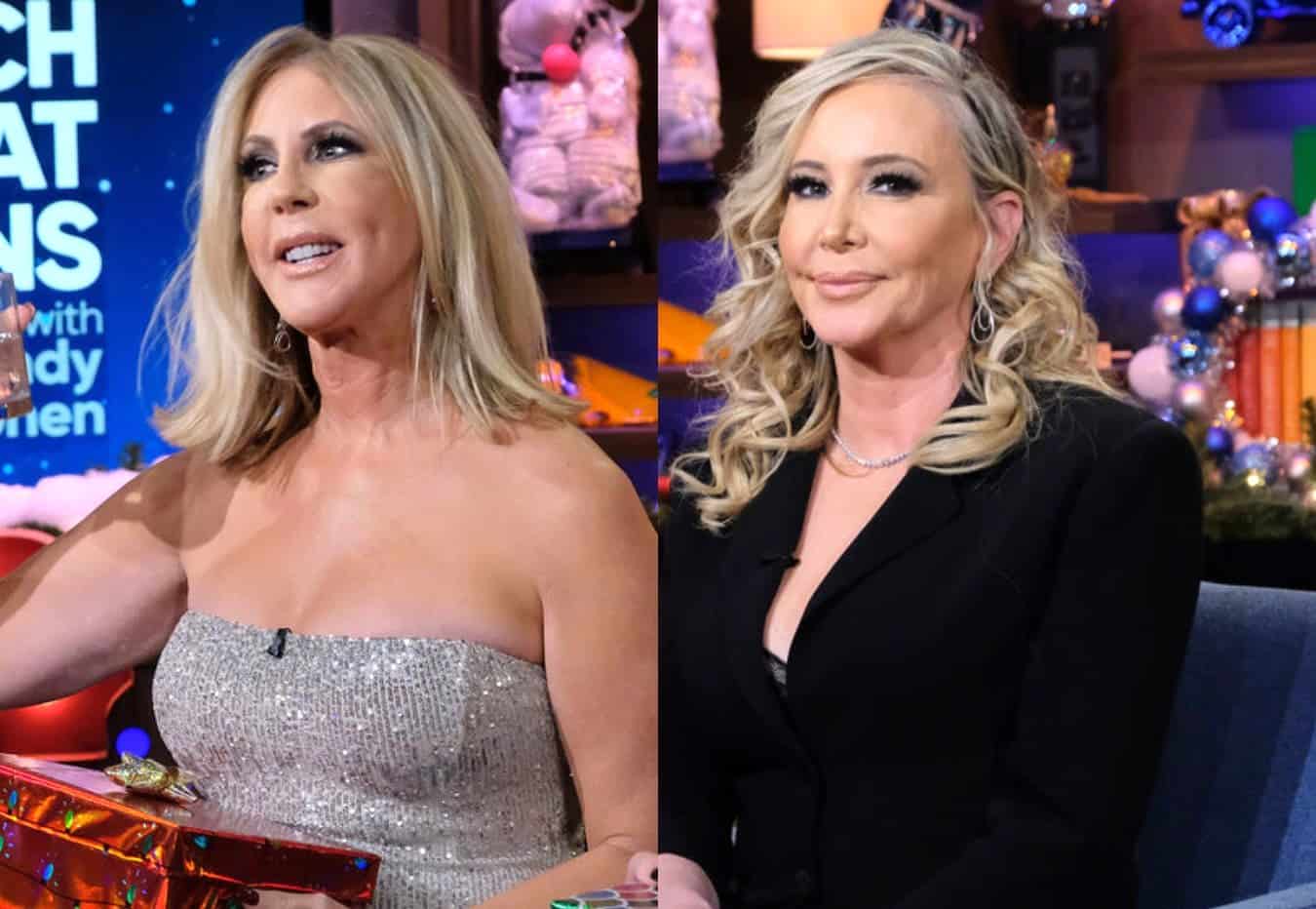 Vicki Gunvalson has re-followed Shannon Beador on Instagram, but are they ready to be “amigas” again?

Things may be getting better for the former Real Housewives of Orange County besties — on social media at least. Vicki unfollowed Shannon in March after Shannon posted a double date photo of her and Kelly Dodd with their respective new beaus, John Jannsen and Rick Leventhal.

The post, simply captioned “Neighbors,” set off a firestorm of responses, including unfollows from both Vicki and Tamra Judge. Both women felt betrayed by Shannon’s rekindled relationship with Kelly — considering the explosive falling out the two faced during season 13 and Shannon mainly taking refuge in her two BFFs, Vicki and Tamra.

Vicki may be warming back up to Shannon again, but it seems that Tamra doesn’t share the same sentiments. She is keeping her social [media] distance for the time being.

The Cut Fitness owner also unfollowed Shannon when the Kelly meet-up happened and shared how much it upset her, calling out “fake friends” on her Instagram.

“She was always the one telling me last year, ‘Don’t hang out with Kelly.’ And then, all of a sudden, it’s like, she’s not returning my phone call. We talked every single day, multiple times a day,” she told Entertainment Tonight last month.

There may be hope for the tres amigas in the future, but it’s likely that we won’t see it play out on season 15 of the show, considering Vicki and Tamra’s departures from the franchise.

The current RHOC cast members are reportedly doing their best filming for the upcoming season while in quarantine, filming some aspects of the show and hoping for production to fully pick back up in the coming months.

“The ladies are starting to film virtual confessionals so not too much time lapses during filming and they’re keeping in touch as much as they can,” a source told HollywoodLife.

In addition to the confessionals, it also appears that the women might be slowly getting back into the swing of things as Kelly shared the photo below of the cast meeting up over the weekend.

In the photo, Shannon, Braunwyn, and Emily, alongside Kelly, can be seen posing together and donning masks in an outdoor setting.

Production on many Bravo shows has been thrown into a tailspin ever since the coronavirus pandemic swept across the globe. Even with the current situation, though, the ladies have been reportedly upbeat about the future of filming and are hoping for the best.