by Cynthia Cook May 8, 2020 10 comments
ShareTweetWhatsappPinterestRedditTumblrMailFlipboard 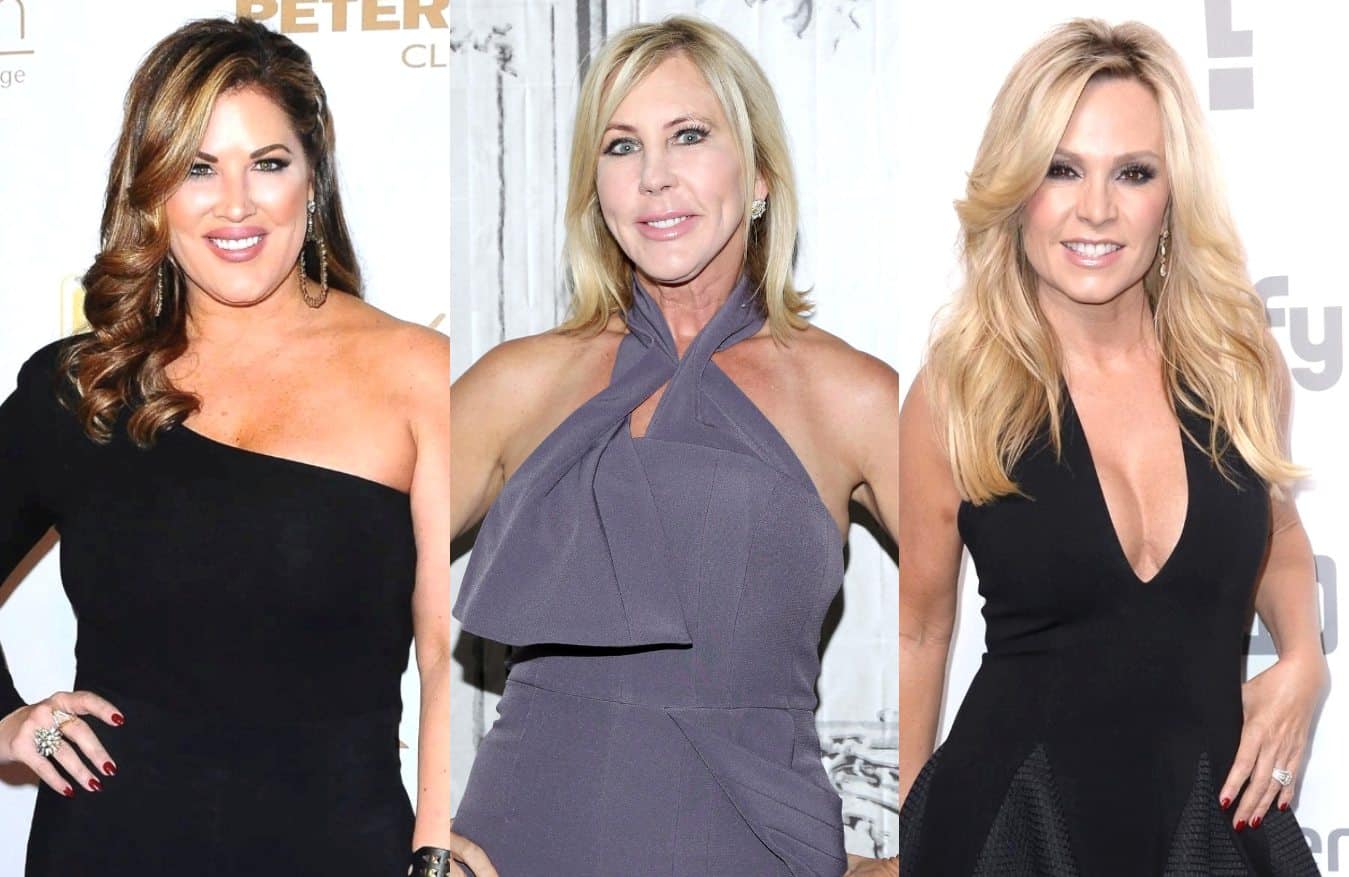 Over three months after both Vicki and Tamra announced they would not be featured on the series’ upcoming 15th season, the BFFs took to their Instagram Live to answer questions about their former castmates and dish on some juicy drama we didn’t get to see.

In their conversation, they discussed Emily’s journey to becoming a housewife. They explained how she “wasn’t friends with anybody” and insinuated that she tried to pry her way into getting cast by cozying up to Tamra and other members of the franchise.

“[Emily] came to me, like she did many of the Housewives in the past trying to get them… She told me she was a party planner. She used to be an attorney. [I] heard that her husband was a trust fund kid, basically, that took care of the kids. That’s what I knew of her,” Tamra said, adding to her claim that she hadn’t talked to Emily “in years.”

One user defended the now “Dos Amigas” on Twitter, saying how they “had a point” about Emily’s alleged way of getting on the show.

“I do think Housewives should be asked, not apply for the job,” the user wrote. “Anyone who is actively going out and interviewing for this job is not a good housewife.”

The mother of three then cleared up the apparently false allegation from Tamra of her casting.

“I didn’t apply for a job,” she responded. “I was asked by a casting director for the show to audition. So I did.” 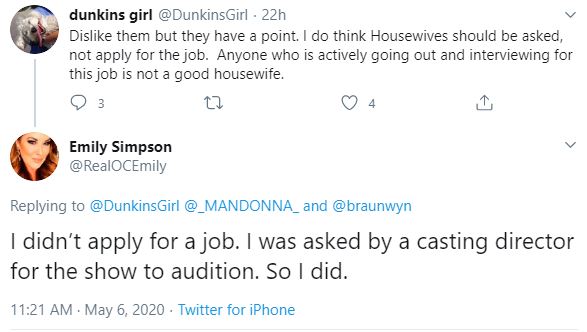 The gossip from Vicki and Tamra caused fans to wonder … what happened between the women? Why are they so cold toward Emily?

Emily, apparently, was wondering the same, explaining how she had “no idea” where their comments were coming from. 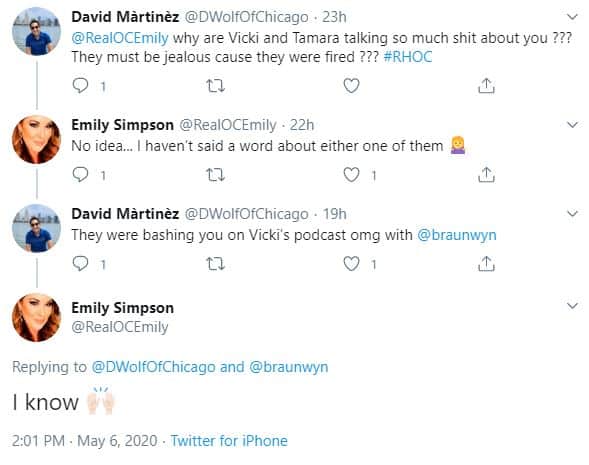