Home Real Housewives of New York City News Leah McSweeney Talks “Friction” With Sonja Morgan and Admits to Being “Confused” Over Costars’ Issues With Her Tattoos, Plus She Teases Upcoming Drama and RHONY Live Viewing Thread!

Leah McSweeney Talks “Friction” With Sonja Morgan and Admits to Being “Confused” Over Costars’ Issues With Her Tattoos, Plus She Teases Upcoming Drama and RHONY Live Viewing Thread!

by Cynthia Cook May 14, 2020 182 comments
ShareTweetWhatsappPinterestRedditTumblrMailFlipboard 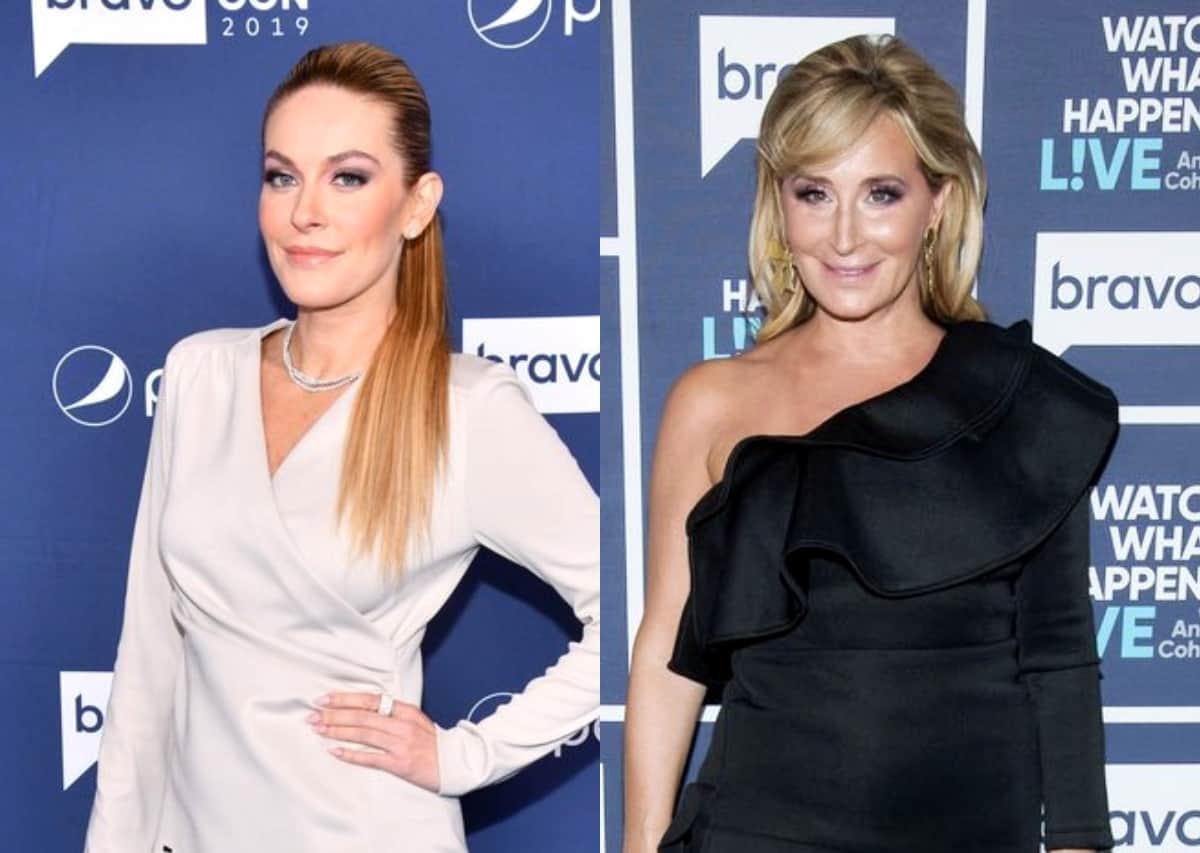 Leah McSweeney admits she wasn’t always the most thrilled to join the cast of The Real Housewives of New York City.

Although the RHONY newbie has made a good impression on viewers and seems to gel with the other ladies, the reality star revealed in a new interview that she was actually quite stressed about joining the show.

“When I knew I was possibly going to be on the show, I tried watching the season that was going on — whatever, season 11 — and I couldn’t do it,” she shared with In the Know. “[I] would start getting massive anxiety being like, ‘How am I going to […] connect to them? They’re nothing like me.'”

Leah revealed how she was “freaking out” as she anticipated filming, hoping she would be able to “find some kind of commonality” between her and the women — some of them OGs of the franchise. She also wanted to stay as “authentic as possible” and tried to have an “open mind.”

The Married to the Mob entrepreneur might have more easily connected with the likes of Luann and Dorinda, but Sonja Morgan was a bit of a different story.

“Sonja was hard, except that we both liked to turn up and get crazy. With Sonja, as you saw, there was some friction,” she said. “I wasn’t sure if she was messing with me by giving me the pajamas [at her fashion show], which I’m pretty sure she was. And, you know, saying, ‘Oh, I don’t sleep with people with tattoos.’ That was one of the second times I’d ever met her. I’m like, ‘Uh.’ I laughed it off, but I was like, ‘What a b–ch!’”

Leah went on to express her confusion as to why some of the ladies were so up in arms about her having tattoos — an issue that was considerably addressed on (and off) the show.

“Yeah, I’m honestly still confused about it. I don’t know,” she stated. “I truly believe that maybe … and look, you know, it wasn’t everyone. It wasn’t Luann and Tinsely. It was Dorinda and Ramona and Sonja. [I felt like] maybe they have just been living in that Upper East Side bubble for a very, very long time, you know?”

The mother of one daughter, Kier, teased what’s to come this season, noting how “The Bezerkshires” is on its way. She also teased an upcoming conflict with “one of the other castmates” that definitely became very difficult for her to deal with.