RHOC Star Tamra Judge Shares an Update on Feud With Kyle Richards After the RHOBH Star Fired Back at “Vanilla” Shade, Calls Drama a “Misunderstanding”

by Lindsay Cronin May 16, 2020 39 comments
ShareTweetWhatsappPinterestRedditTumblrMailFlipboard 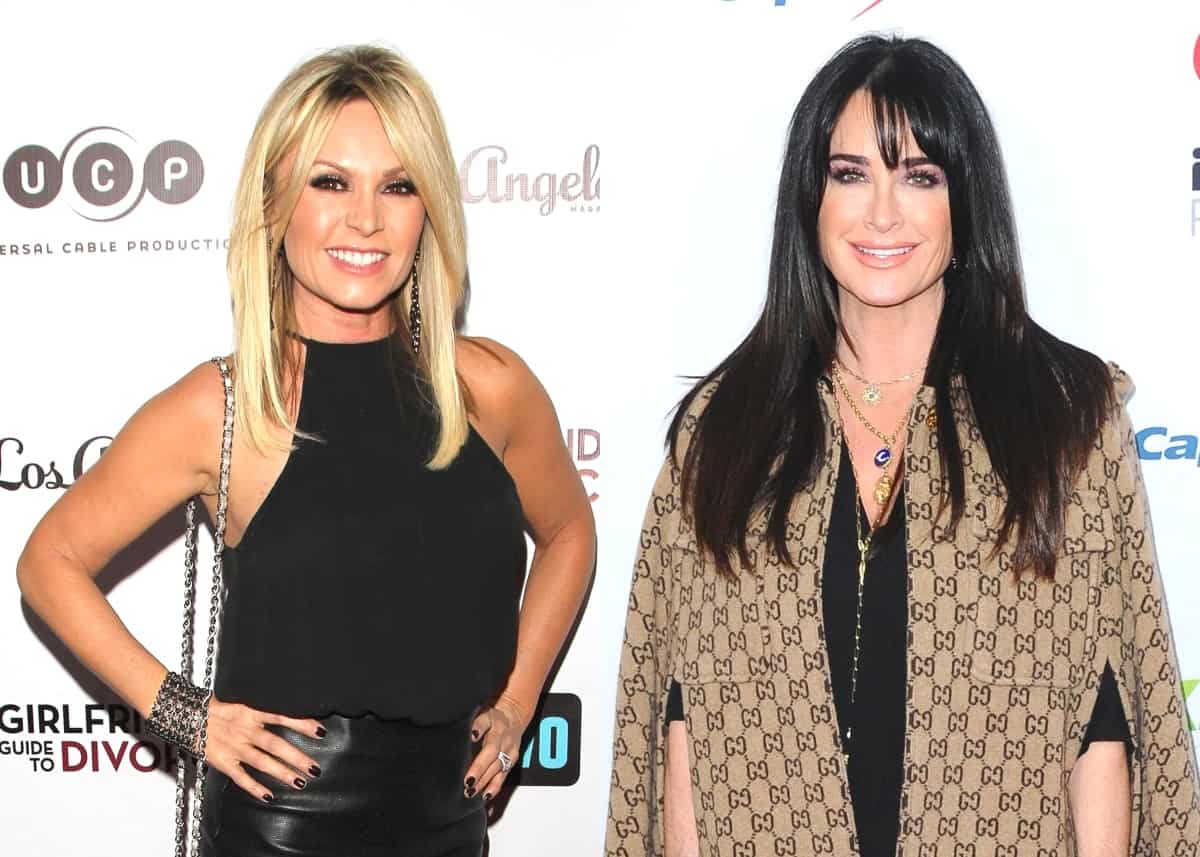 Tamra Judge is responding to Kyle Richards‘ recent shady comments about her, which came after she and Vicki Gunvalson threw their own shade at Kyle.

After she and Vicki caused a stir on Instagram Live earlier this month by suggesting Kyle didn’t bring enough drama to The Real Housewives of Beverly Hills to warrant her million-dollar paycheck, the Real Housewives of Orange County cast member reacted to Kyle’s recent clap-back by labeling their feud as a “misunderstanding.”

“I talked to Kyle and things are fine,” Tamra told the Daily Mail on May 16. “It was a misunderstanding. I didn’t say she was vanilla – those were not my words! I’ve always loved and adored Kyle.”

During a Cinco De Mayo chat on Instagram Live, Vicki said Kyle is “kind of vanilla” and stayed in the “safe lane” on RHOBH and Tamra seemingly agreed with her.

Now, weeks later, Tamra is making it clear that she believes Kyle is quite important to her series.

“I think she is the staple that holds RHOBH together. I have nothing but love and respect for her,” Tamra said.

Tamra then responded to Kyle’s interview with Us Weekly, during which she said she would never “get sloppy drunk and shove my tongue down a married woman’s throat” like Tamra did with Braunwyn Windham-Burke on the 14th season of RHOC.

“Next time I see Kyle I’ll put my tongue down HER throat!” she joked.

Also during her chat with Us Weekly, Kyle reacted to Vicki’s “play it safe” diss.

“Vicki and Tamra made some comment that I play it safe,” Kyle said. “No, I play it REAL. What you see is how I feel and who I am. If that’s what you call playing it safe, fine. I just don’t do the things that they do and that I think they possibly were doing for TV purposes and that’s not being authentic.”