Home Real Housewives of Beverly Hills News RHOBH Star Kyle Richards Claps Back at Tamra Judge and Vicki Gunvalson for Dissing Her as “Vanilla” as She Shades Tamra for Kissing Braunwyn, Plus Kyle Insists Brandi is Not a “Liar” Amid Affair Rumors

RHOBH Star Kyle Richards Claps Back at Tamra Judge and Vicki Gunvalson for Dissing Her as “Vanilla” as She Shades Tamra for Kissing Braunwyn, Plus Kyle Insists Brandi is Not a “Liar” Amid Affair Rumors

by Lindsay Cronin May 15, 2020 110 comments
ShareTweetWhatsappPinterestRedditTumblrMailFlipboard 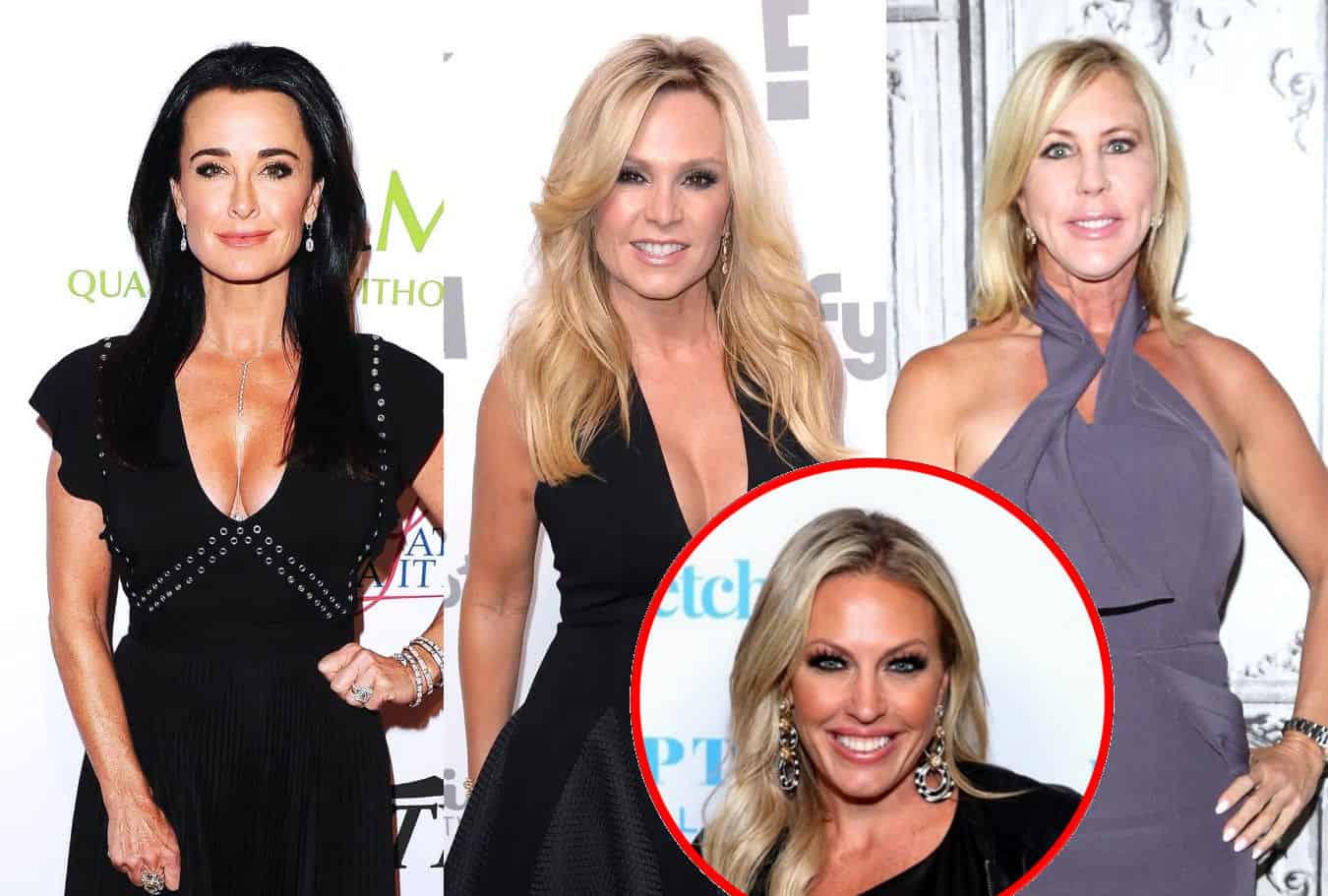 Kyle Richards is speaking out against Vicki Gunvalson and Tamra Judge after learning the former Real Housewives of Orange County cast members suggested she was too boring for her massive paycheck on Instagram Live earlier this month.

According to a couple of new interviews, the The Real Housewives of Beverly Hills star is responding to Vicki and Tamra’s claims of being “vanilla” and staying in the “safe lane” by taking aim at their past behavior on the show, including Tamra’s steamy make-out with Braunwyn Windham-Burke, and addressing her thoughts on the ongoing drama between Brandi Glanville and Denise Richards.

Kyle went on to shade the ex-RHOC cast members by suggesting *she* doesn’t do anything “just for TV purposes.”

“That does not include getting drunk and putting my tongue in another married woman’s mouth,” she noted. “On or off camera.”

During a second interview, Kyle seemed to suggest that she believes the alleged claims of an affair Brandi has shared about her relationship with Denise while hinting Denise is a more secretive person.

“I’ve seen Brandi be an a**hole. I’ve seen her have a temper and lash out, but I really don’t think that Brandi Glanville is a liar,” Kyle said in a separate interview with Us Weekly. “I don’t know [Denise] well enough to really say [if she is someone who tells the truth], but I think that there are parts of her that she wants to edit and keep a certain way.”

Kyle went on to say that “Bravo, Bravo, f*cking Bravo” moment that was teased in the RHOBH season 10 trailer was likely made in an effort to protect the potential mention of Denise’s supposed hookups with their co-star.