by Lindsay Cronin May 16, 2020 97 comments
ShareTweetWhatsappPinterestRedditTumblrMailFlipboard 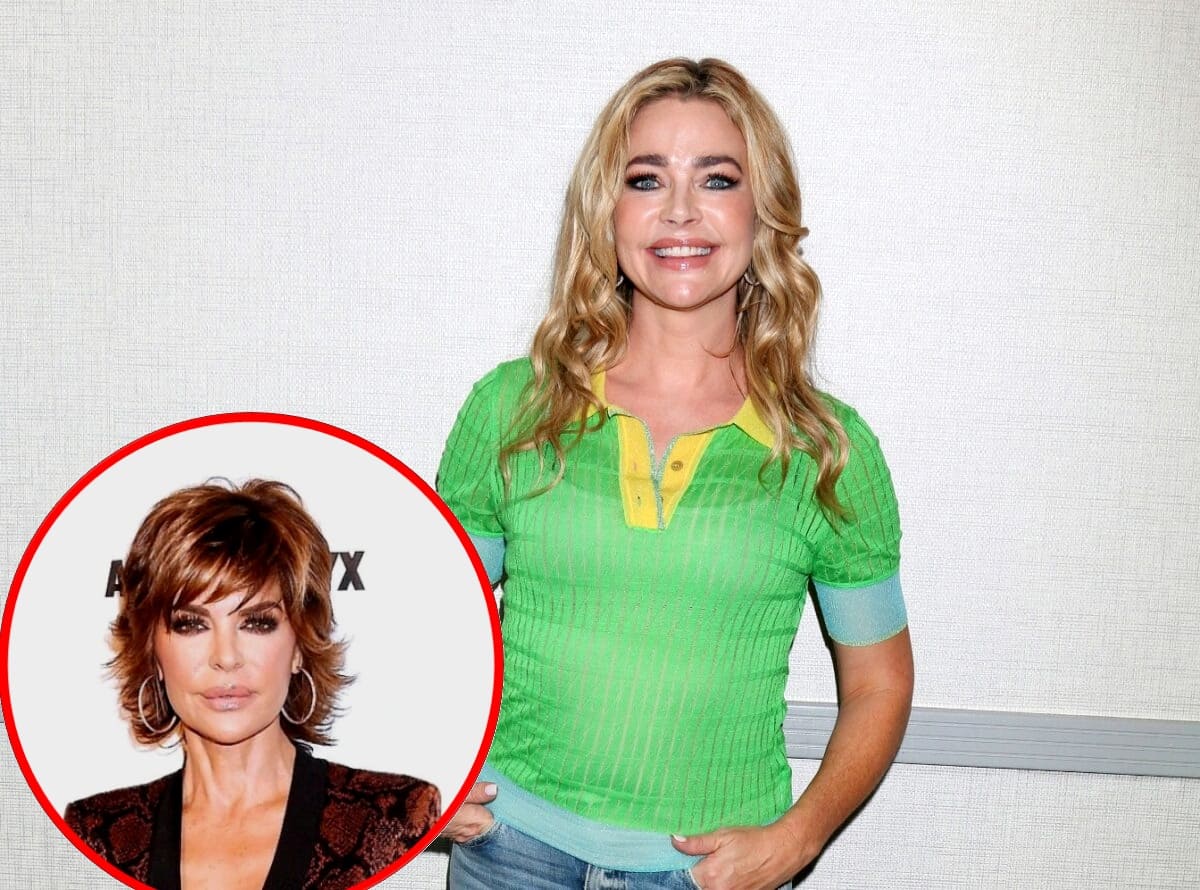 If you were left wondering where Denise Richards‘ “Bravo, Bravo, f*cking Bravo” moment was during Wednesday night’s episode of The Real Housewives of Beverly Hills, you’re not alone.

After Denise was seen yelling the phrase in an effort to stop production during a dinner party at her house that was teased in the season 10 trailer clip, the highly anticipated moment was noticeably missing from this week’s show and after fans on Twitter took note, both Bravo and Lisa Rinna weighed in.

“[Denise Richards] is iconic so far this season. Shame on [Bravo] for cutting out ‘Bravo, Bravo, Bravo,'” one person wrote.

@DENISE_RICHARDS is iconic so far this season. Shame on @BravoTV for cutting out "BRAVO BRAVO BRAVO" #RHOBH

“Wasn’t this the dinner they showed in the previews where Denise kept screaming, ‘Bravo’? Why was that cut?” another wondered.

Wasn’t this the dinner they showed in the previews where Denise kept screaming, “Bravo”? Why was that cut? #RHOBH

Although there was no immediate hint that the moment would be seen during a later episode of RHOBH, Watch What Happens Live and Bravo did address the missing scene on social media after Wednesday’s show aired.

“Weren’t we supposed to get this moment tonight?” a Real Housewives fan page wrote with a GIF of Denise’s outburst.

“All will be revealed soon… Stay tuned!” the WWHL account replied. 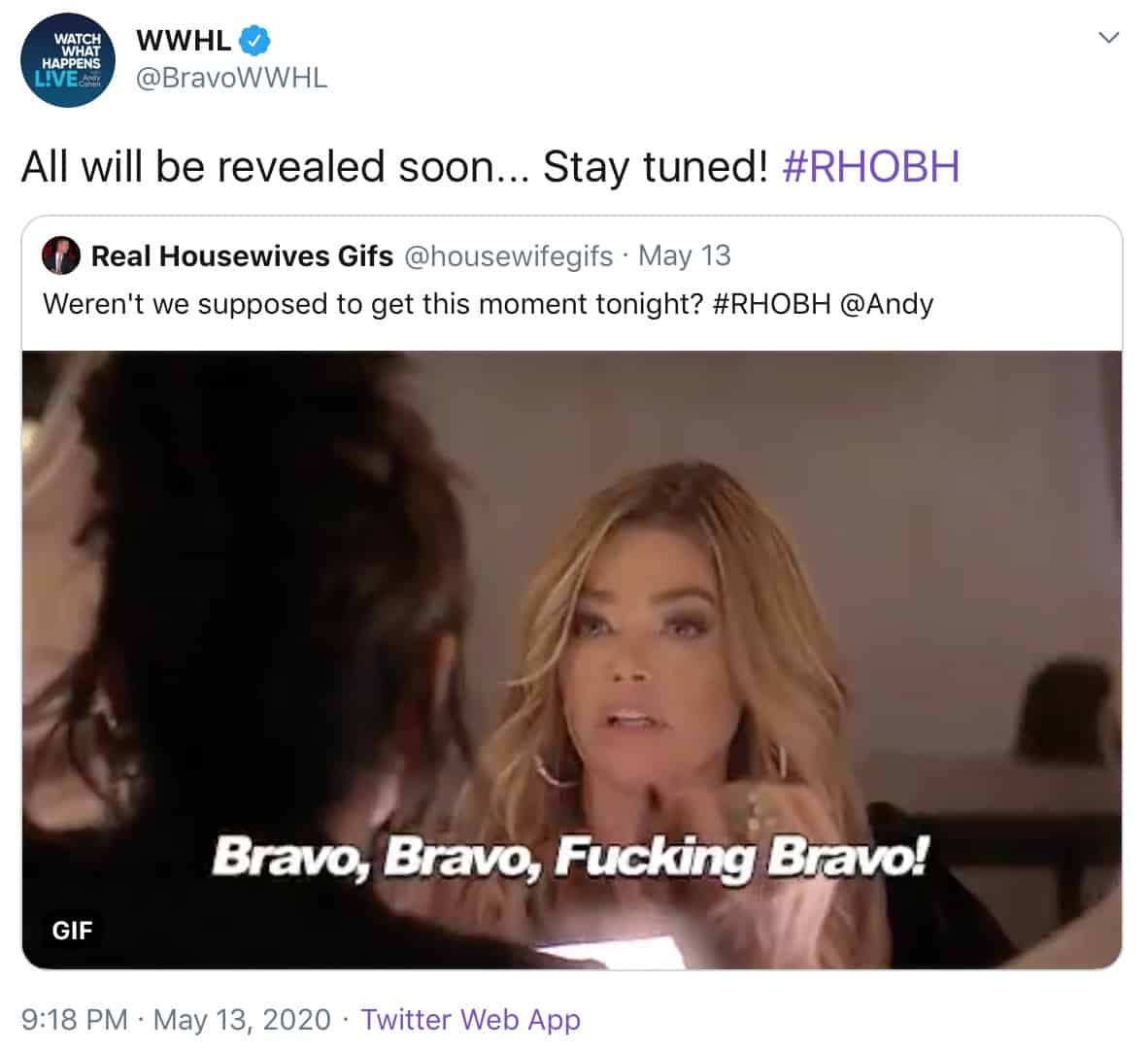 In Bravo’s post, which was shared on their Instagram page, they told their fans and followers, “The best is yet to come this season on [RHOBH] — keep watching,” along with a clip of Denise’s comment.

Lisa also weighed in on the drama, suggesting that the network knew exactly what they were doing by leaving the dramatic moment out of the latest RHOBH episode.

“Ohhh [Bravo], bravo, bravo…You know how to keep us wanting more,” she tweeted.