by Cynthia Cook May 26, 2020 74 comments
ShareTweetWhatsappPinterestRedditTumblrMailFlipboard 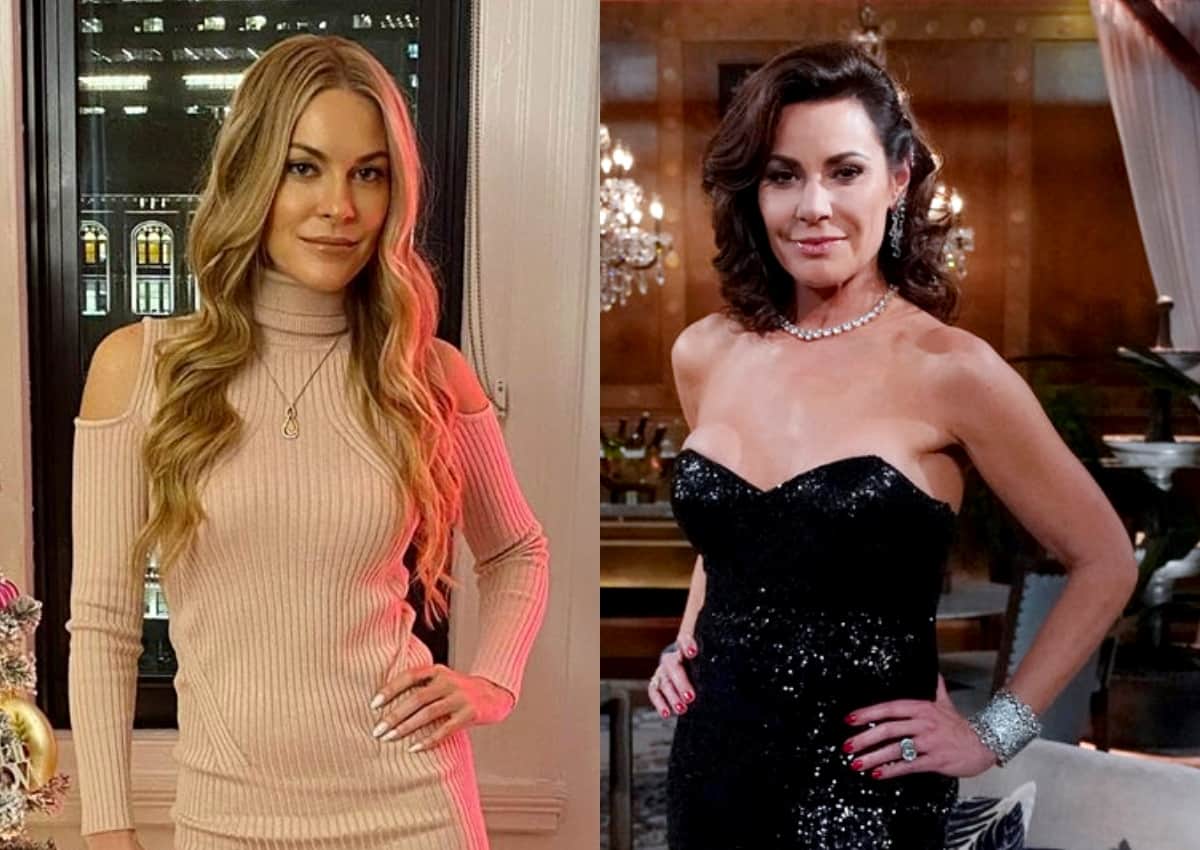 Leah McSweeney explains why Dorinda Medley might be her favorite housewife — and why she’s not here for Luann de Lesseps‘ and Sonja Morgan‘s shady behavior.

In a new interview, the Real Housewives of New York City star touched on why Dorinda seems to be one of the few members of the cast who truly gets her — and other things.

“I like Dorinda because I feel like she’s the only other housewife on the show that lives on the same planet as I do,” she revealed on the Everything Iconic with Denny Pellegrino podcast.

When asked by podcast host Danny what she meant by the comment, Leah didn’t give a detailed explanation, but she hinted that viewers most likely understood what she meant.

“I think you guys can figure that out. I don’t wanna get too, like …” she trailed off. “We live on planet Earth and I’m not sure if anyone else does. I sometimes think they do and then something happens and I’m like, ‘Nope, they don’t!'”

One of the things Leah might be referring to is her co-star Luann, who visited her apartment in last week’s episode. The two shared a genuine moment talking about their respective issues with alcohol, but behind the scenes, Luann threw shade at Leah’s abode, calling it “humble” with a laugh.

‘That’s insane,” Leah replied when asked about Luann’s confessionals. “Again, me and Dorinda live on planet Earth, and other people don’t.”

Leah went on to throw some shade of her own, calling out Luann’s “holier than thou” behavior.

“Someone else would see a two-bedroom apartment in a high rise and go, ‘Oh my God, like she made it! She’s doing great,” she said. “Luann thinks, ‘Ugh, darling, I can’t eat on that little coffee table!’ Like, Luann, where were you eating your baloney sandwiches when you were arrested?”

The Married to the Mob entrepreneur also touched on her relationship with Sonja, which has seen some ups and downs this season. Even so, Leah noted how the two have actually found a lot of common ground — when they’re partying, that is.

“I just … understand drunk Sonja language. It’s when we’ve had our most understanding of each other. That’s not 100% true […] up until now it is. But you’ll see,” Leah revealed. “There’s other times like [in the] Berkshires and stuff that comes up [where] me and her get to bond non-drunk, too, but it took a minute. It took some time for us to understand each other.”

Leah also answered to that “grey sweatsuit” moment where many (including Leah and her fellow housewives) thought Sonja was being a little messy. Leah deduced that her comments in the previous week’s episode about Sonja still clinging to the Morgan name might have prompted her to get a little revenge — and she still stands by it.

“Yeah, she was being shady. I don’t care what anybody says,” Leah remarked. “[People] act like she’s stupid, or something — she’s not stupid. She’s very smart. She knows. She knew exactly what she was doing. She was doing it from day one, throwing me little shade here and there. This got cut out of the show, but she was like, ‘But you love athleisure!’ and I’m like, ‘Okay, I love athleisure, but I also wear dresses.’ It’s not like I’m constantly wearing sweat pants and sneakers.”