by Cynthia Cook May 29, 2020 32 comments
ShareTweetWhatsappPinterestRedditTumblrMailFlipboard 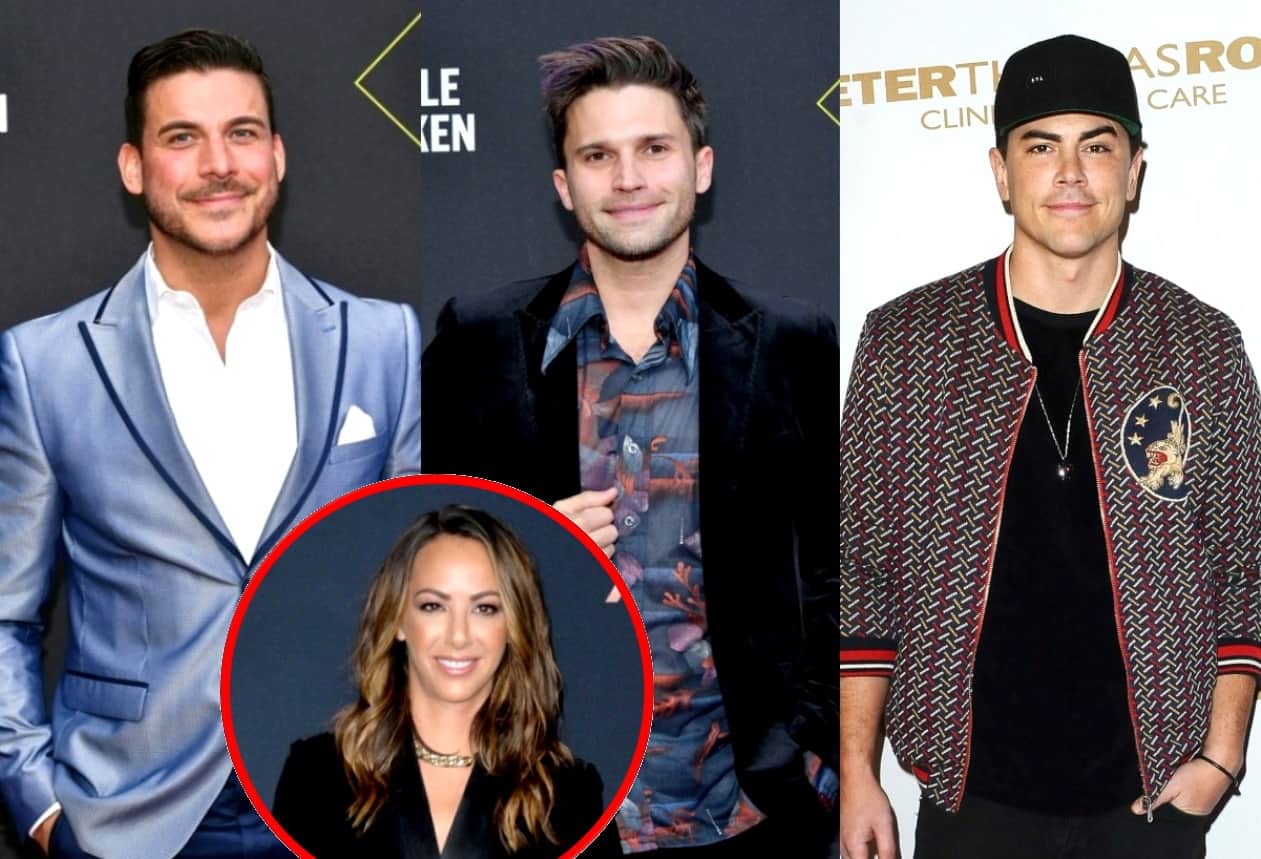 Jax Taylor, Tom Sandoval, and Tom Schwartz aren’t sure if Kristen Doute will ever change her “Crazy Kristen” ways.

The three Vanderpump Rules stars are kind of over the drama between Kristen and her former BFFs, Katie Maloney and Stassi Schroeder, sharing how this kind of feuding between the three has been happening in various ways over the years.

But what is it about Kristen that doesn’t quite seem to evolve?

“I think that … Kristen is messy. You know what I mean? She just is,” Sandoval noted in an episode of the Pump Rules After Show. “So, expecting her to not have a messy up and down relationship is […] In a sense I feel like Kristen sort of thrives in that kind of situation. She likes it, she brings it on. She wants it.”

Schwartz echoed Sandoval’s statement about Kristen’s kind of “addiction” to a messy relationship and how the “Crazy Kirsten” part of her was like a kind of badge of honor.

“When you guys were dating … I know we’ve all grown so much since we lived together, but she would have these like, manic meltdowns,” Schwartz said. “And sometimes, during these,  she would give this speech like, ‘I like that I’m crazy,’ as if it was a charming part of her personality.”

When asked about the Witches of WeHo drama in his segment, Jax noted how exhausted he was with Kristen’s drama and wondered if she would ever change.

“I’m tired. We’ve been dealing with this for two years. And Kristen — she plays the victim to a T,” Jax said. “She’s great, I mean she looks disheveled. Most people put some makeup on, try to make themselves look presentable when people come over, but she’s like, ‘Ohhhh my God!'”

Jax went on to explain how Kristen’s “flip-flopping,” or saying one thing to Katie and Stassi and another to her ex, Brian Carter, was definitely the straw that broke the camel’s back.

But is there hope for the trio? The boys seemed maybe hopeful, citing how they’ve been through this in the past. But ultimately, the back-and-forth drama between the three might have become too much.

“Since we’ve known them, they have a tendency for two kind of like, ganging up on one,” Sandoval said. “Stassi and Kristen have ganged up on Katie, Katie and Kristen have like, exiled Stassi …. it was f–king awful, man.”