Vanderpump Rules Stars Jax Taylor and Charli Burnett Get Into Twitter Feud After Jax Slams Charli, She Responds by Saying She Has “No Respect” For His “Arrogant A–“ 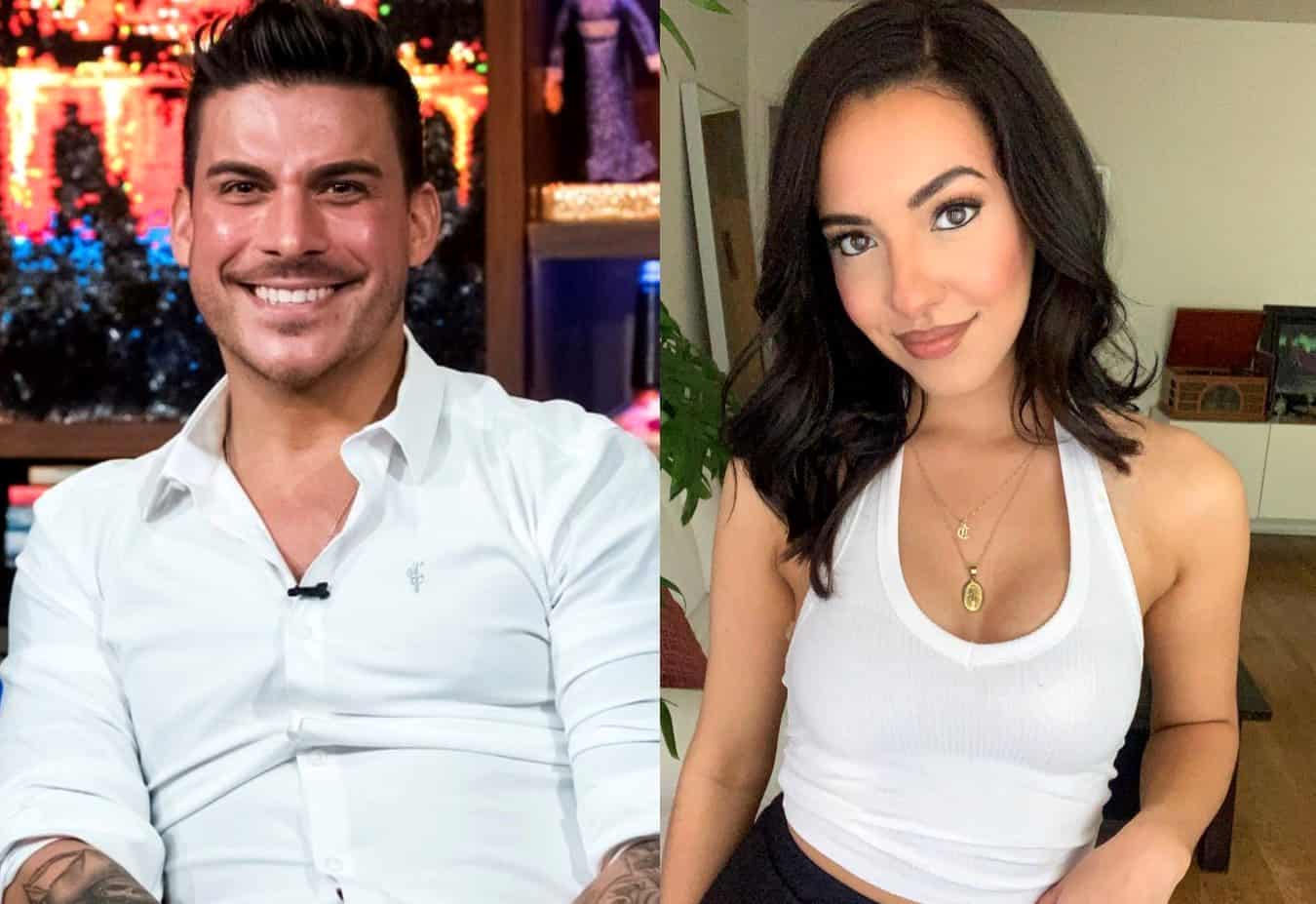 After a fiery exchange at the first part of the Vanderpump Rules virtual reunion, Charli Burnett and Jax Taylor are taking their grievances with each other to social media.

The two got into it at the reunion as Charli called Jax a “50-year-old bully” and Jax fired back by telling her to “know her role” on the show.

The ongoing feud between the two spilled out onto Twitter, as they both responded to other users’ tweets and made slights at each other.

“I am good,” wrote Jax in a tweet responding to a user who said she wanted to “stand up” for him after his heated exchange with Charli at the reunion. “I just let her speak that pretty much tells you everything. I’ve had one conversation with this child in my life, so it’s not worth my time.” 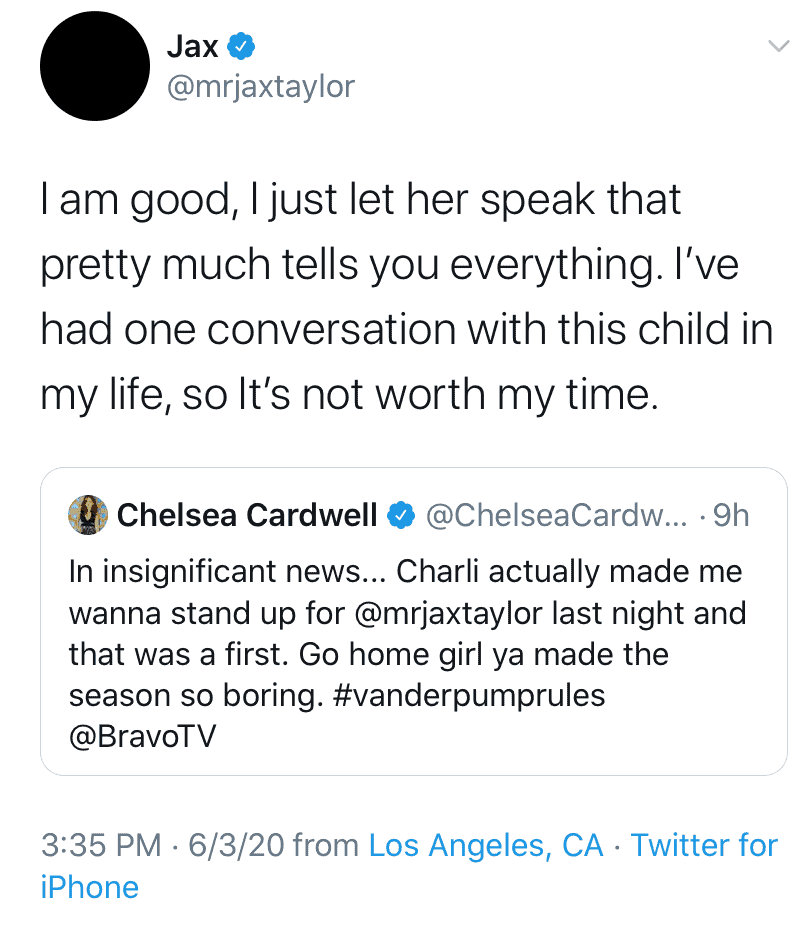 Jax then clapped back at a user who commended Beau Clark for laughing during the reunion over Charli’s comments about Jax being 50. Jax seemingly slighted Beau and also seemingly insinuated, without any proof, that Charli dates older men for money.

“Last I checked he’s older then [sic] me,” Jax wrote about Beau. “Also Last time checked 50 year old men are the only reason that chic can survive in this town. Know your role sweetie. Don’t throw rocks in glass houses.” 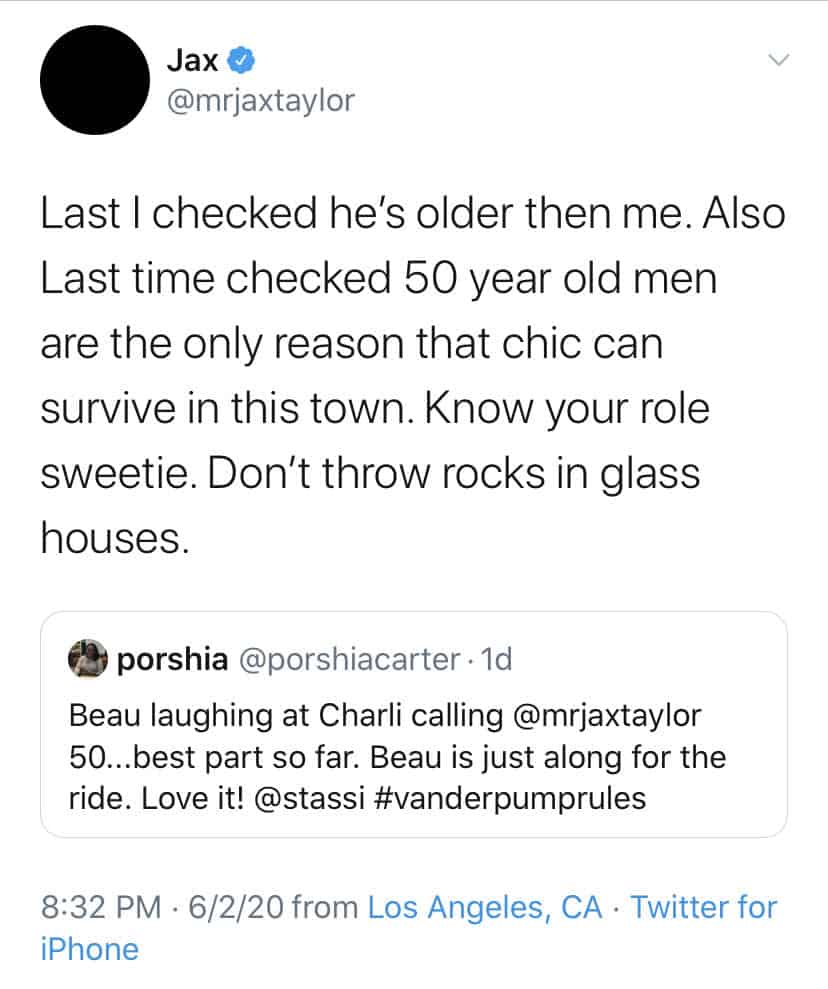 Beau, however, is not older than Jax as he just turned 40 this year while Jax celebrated his 40th birthday last year.

“I have tons of respect for everyone on the show. You though …” she wrote. “Generalizing women’s roles and income sources in 2020 during an equality movement is why I don’t have respect for your arrogant ass. And I’m not your sweetie.”