Home Vanderpump Rules Vanderpump Rules’ Charli Burnett Shades Jax Taylor as “Immature” and “Toxic” and Says He and Lala Forgot “Where They Came From,” Plus She Opens Up About Past Assault and Discusses Food Pressures

Vanderpump Rules’ Charli Burnett Shades Jax Taylor as “Immature” and “Toxic” and Says He and Lala Forgot “Where They Came From,” Plus She Opens Up About Past Assault and Discusses Food Pressures

by Lindsay Cronin May 19, 2020 47 comments
ShareTweetWhatsappPinterestRedditTumblrMailFlipboard 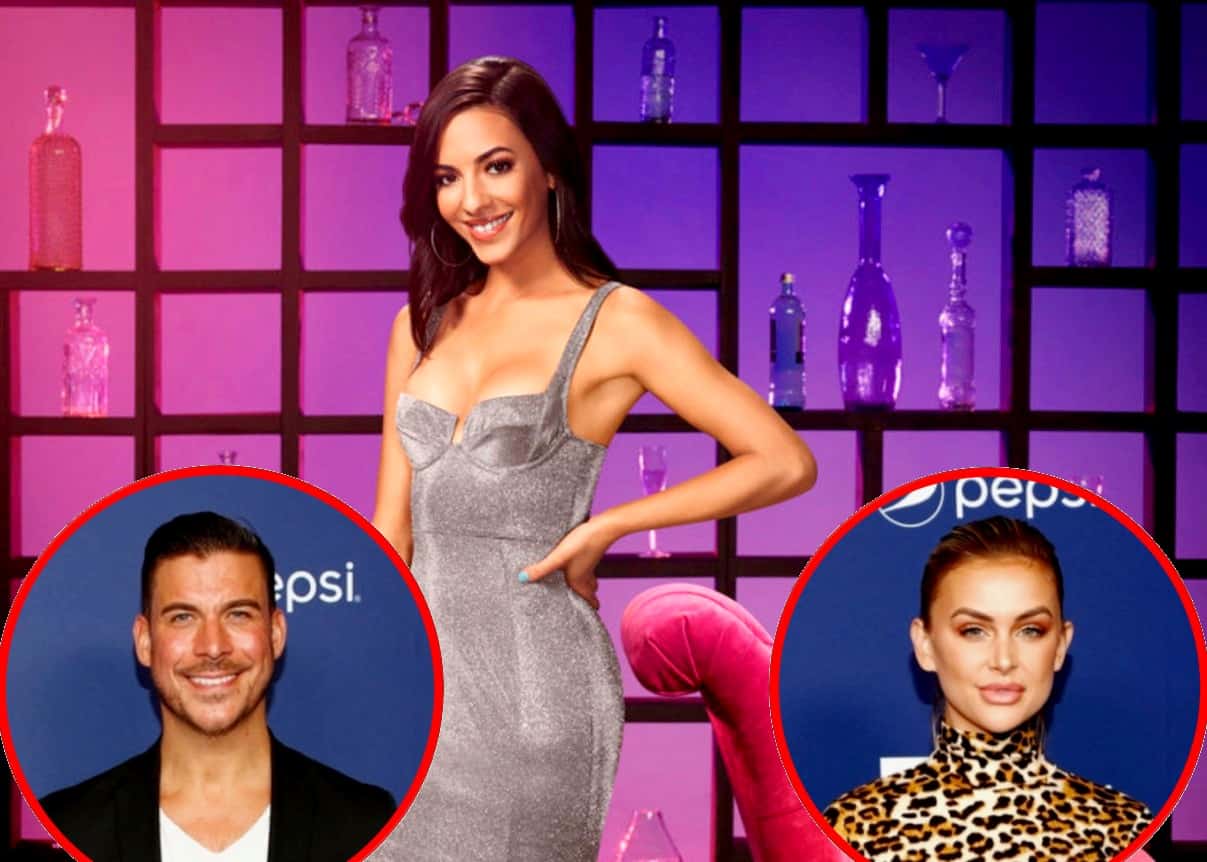 Charli Burnett appeared on Ryan Bailey‘s podcast last week, where she discussed the poor treatment she received from her Vanderpump Rules co-stars, Jax Taylor and Lala Kent, during season eight.

Months after Jax claimed Charli was “full of sh*t” for claiming she never ate pasta as Lala labeled her a “f*cking moron,” Charli spoke out against their behavior while also coming forward as a survivor of sexual assault and explaining why food is such a sore subject for her.

“I never had a conversation with them until the reunion and maybe once introducing myself. To see them slander my name and go around social media and speak such nasty things about me was very defeating,” Charli admitted of Jax and Lala on the So Bad It’s Good podcast. “I’m a 24 year old girl at the time, just trying to make a name for myself…. [They are] 5-15, 20 years older than me.”

“They forget where they came from,” she added.

According to Charli, she believes Jax is not only immature put also pathetic and weird.

“I had a history teacher tell me that the most immature person usually has to have the last word in conversations, and I feel like that’s Jax,” she explained. “It’s really pathetic that a 40 year old man is talking about a girl half his age…. He is really weird…..I don’t deal with toxic people, especially toxic older people.”

While Charli was not impressed with Jax or Lala after being added to the Pump Rules cast last summer, the SUR Restaurant waitress, who immediately bonded with Scheana Shay, applauded Ariana Madix and Tom Sandoval as the “cool aunt and uncle” of the show.

Charlie also opened up about being a survivor of sexual assault.

“I’ve had a very traumatic situation happen to me and because of that I have deeply rooted depression and PTSD…sometimes I can’t do things because I can’t leave my bed because of my post-traumatic stress disorder,” Charli revealed. “It was really hard for me this season. I can’t be in a crowded room sometimes. I can’t do certain things that other people can do.”

“I’ve almost died….When you have a gun to your head at 12 years old, and you’re being raped…something about me has never gone back. I’m fearless since then,” she explained.

Charli went on to say that there’s certain foods she doesn’t want to eat because they trigger her childhood trauma.

“When people try to pressure me to try food, and people keep questioning me or questioning why I don’t eat certain things…I actually start going into panic mode and I’ll start crying,” she shared.

Looking back on her infamous comment about not having tried pasta, Charli admitted that she was depressed about the scene.

“I was being called names [by castmates]…..No one wanted to even get to know me because I hated pasta,” she said.