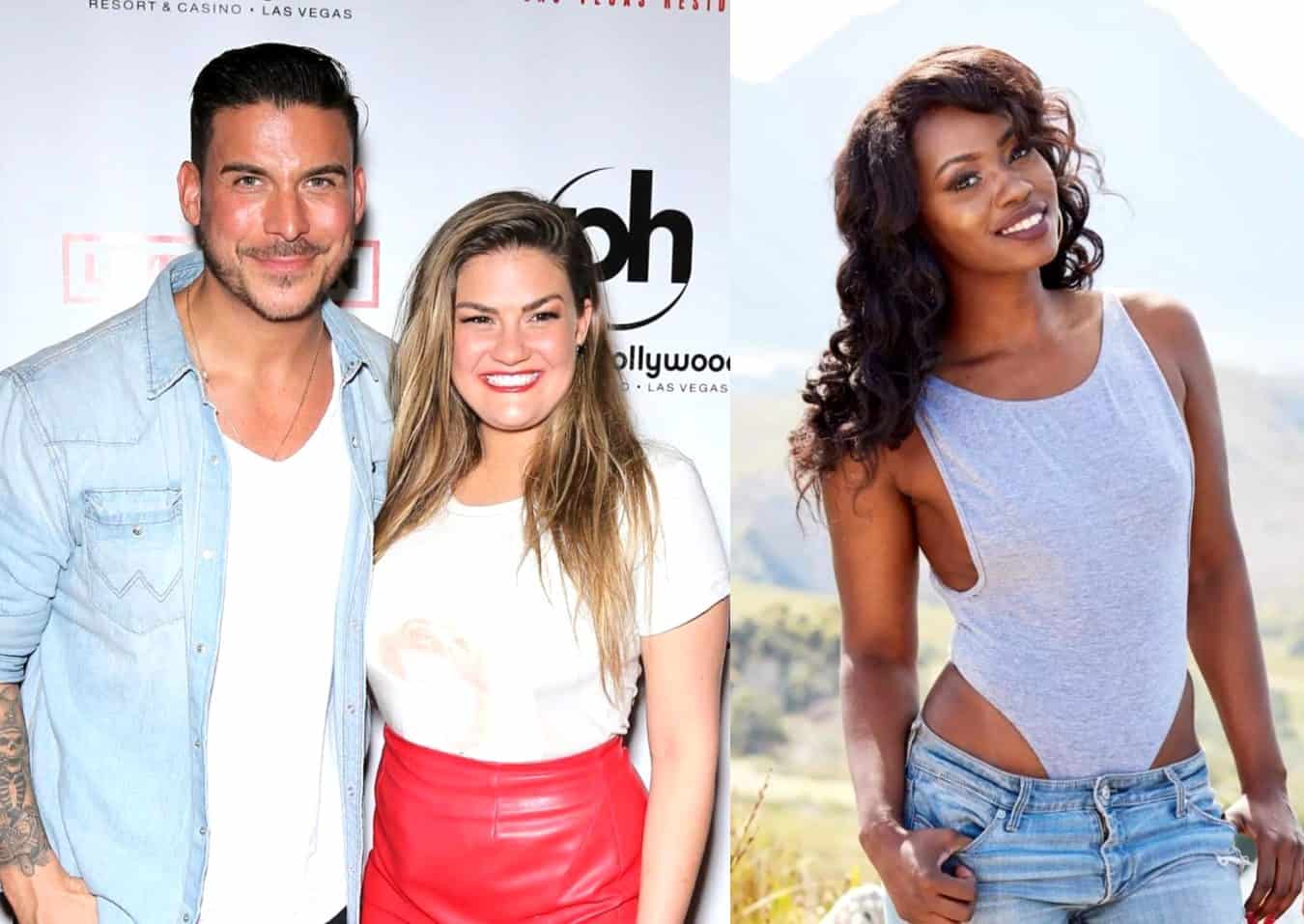 Faith’s confessions about the racist slights she felt from the cast, like getting the cops called on her by Kristen Doute and Stassi Schroeder, sent shock waves through the Pump Rules sphere. Stassi was dropped by major sponsors and a slew of fans came to Faith’s defense over social media, calling out the cast members for their alleged treatment of her.

One such fan came for Brittany in the comments section on one of her photos, asking her to acknowledge the recent accusations and explain herself. The key allegation being that Brittany slammed Faith’s hair as “nappy” after discovering that her then-boyfriend Jax had cheated on her with Faith behind her back.

“Can you please address the racism regarding Faith Stowers,” a fan commented on Brittany’s Instagram. “Calling her hair ‘nappy’ as well as complicit support of the cops being called on her?”

“I had NOTHING to do with that,” Brittany responded, defending herself against the accusations that she was involved in treating Faith poorly. “She knows I don’t have a racist bone in my body. She hurt me really bad and never once apologized. I haven’t spoken to her since the night I found out and I did not say anything about nappy hair. I yelled at her and did that rightfully so like any other human being would if they had just found out what I did.”

Brittany went on to explain how she was not involved in calling the cops on Faith and “NEVER once” has spoken publicly about Faith or their relationship.

“It’s a shame I’m getting dragged into this whenever I have finally been able to move on with my life,” Brittany continued. “I will continue to support this movement and I won’t let this drag me down. Have a great day.” 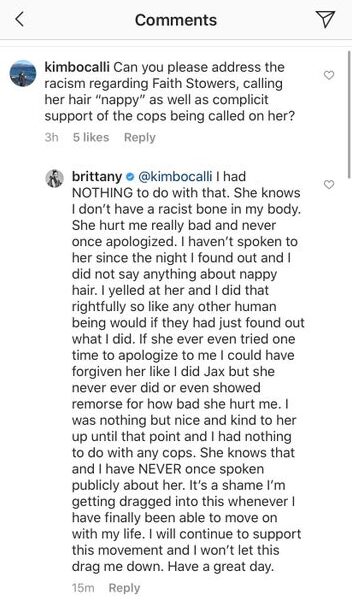 Old tweets from Jax also resurfaced recently, showing him going along with the false accusations of Faith being wanted by the police and allegedly going “awol” from the military after his cheating on Brittany with Faith was exposed on Pump Rules.

“Is Faith wanting to be an actress,” a fan tweeted, “Bc she can’t lie! Lol sorry but what chick waits for a camera to tell someone she had sex with a guy and broadcasts she could be pregnant ???? she wanted to be a cast member.”

“Shes [sic] wanted by the police for grand theft auto and ‘awol’ from military,” Jax replied in December 2017, quote-tweeting the user. “Bad idea to be on a reality show dude. Someone’s going to jail.”