Faith Stowers Claims Lisa Vanderpump Would Rather Protest for Dogs Than Against Racism, Credits Katie, Ariana and James for Being Welcoming to Her on Vanderpump Rules 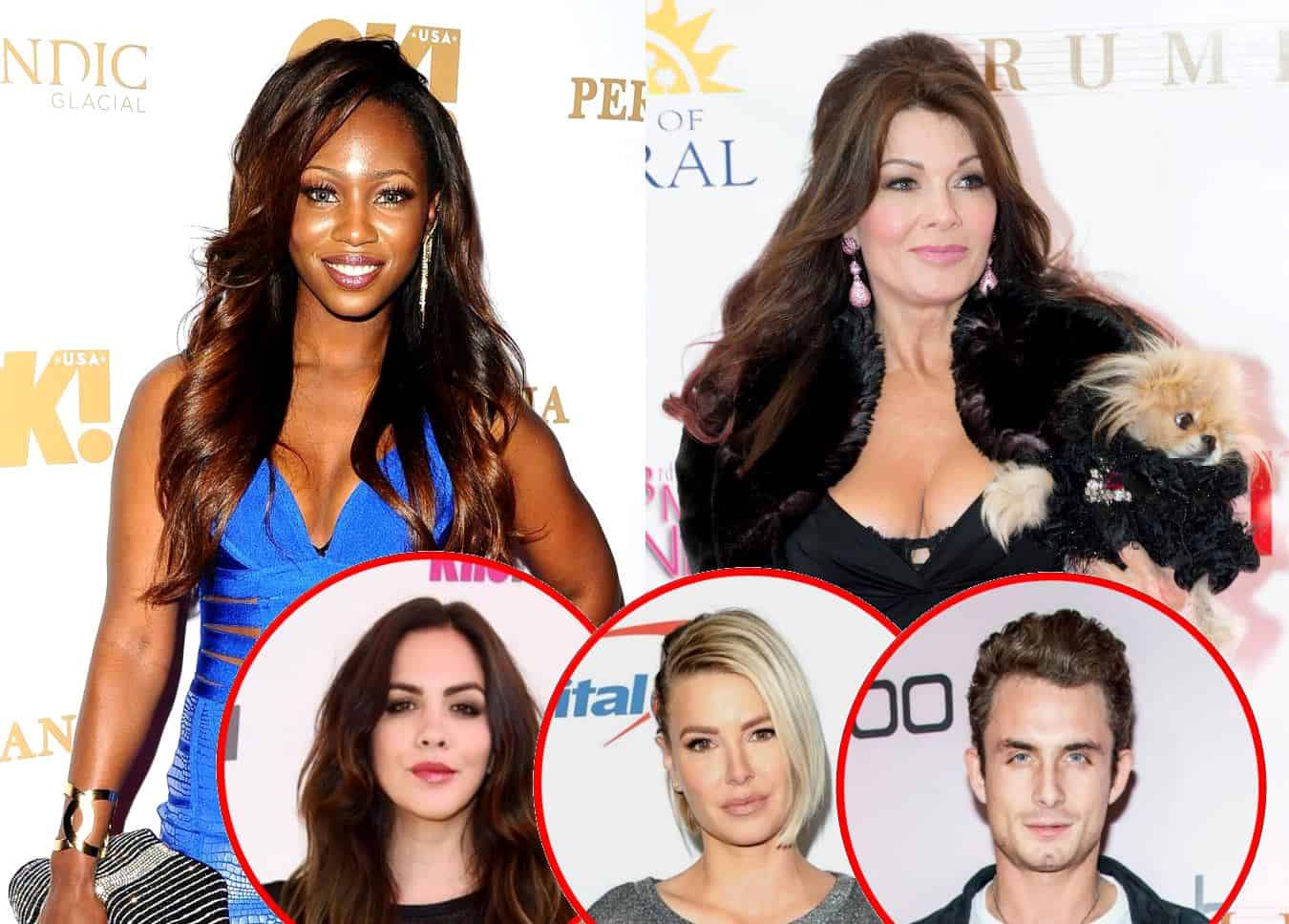 Faith Stowers feels Lisa Vanderpump used her as a pawn on Vanderpump Rules as she opens up more about her time on the show and which cast members she bonded with the most.

In a new interview, the former cast member accused Lisa of bringing her to the show only to showcase the hiring of a black person before sharing her thoughts on Lisa’s alleged failure to support the black community.

During her appearance on Red Flags Make Cute Scarves, Faith shared that she was initially happy to join the Pump Rules cast and the team at SUR Restaurant, which reportedly receives “thousands of applications per month,” because she felt Lisa cared for her and truly wanted to feature the ins and outs of her life on the show.

She was allegedly told by Lisa’s business partner, Guillermo Zapata, “We need more color on the show and we think you’re a beautiful black woman and you would do very well,” and during a lunch date with Lisa at PUMP, she learned Lisa agreed and felt she could “shake things up” with the cast.

“[Lisa] thought because I was in the military [the National Guard] that it would be my introduction to the show,” Faith said.

Unfortunately, Faith ended up feeling like Lisa only valued her ability to create drama.

“The only time I felt like Lisa ever cared or was happy about me being on the show was if something crazy happened,” Faith admitted.

Faith also took aim at what she sees as Lisa’s failure to take a stand against racial injustice, shading her former boss for tweeting about George Floyd‘s devastating killing but allegedly failing to take action.

Faith then made it clear that if Lisa had done something, she wasn’t aware of it.

“If she has, I apologize. But I’m sure if she did she would have tweeted about it. I just don’t see the passion,” she stated.

When it comes to the cast, Faith did reveal that most of them were welcoming to her and credited Katie Maloney, Ariana Madix, and James Kennedy for taking the time to get to know her.

“When I first was told I was coming on the show, they told me I’d be a main cast member. Me and Lala [Kent] were the newbies and it was the main cast. But as far as getting to know people, you were on the own with that. If they didn’t like the chemistry, you wouldn’t film as much,” she shared. “A lot of them didn’t like Lala. So Lala had to film with just me or James. For me it was really easy.”

She continued, “Me and Katie got along really well when I first joined… They didn’t film it but me and Katie would hang out a lot. And me and Ariana would hang out a lot. We meshed well. But I think what tore our friendship apart was when I started hanging out with James and Lala separately. It made them not want to invite me to things because if I went to things, James would be mad about it. They would be so mad.”

According to Faith, her time with the Pump Rules cast members wasn’t so bad before the drama with Brittany Cartwright and Jax Taylor went down in season six, after Jax admitted to cheating on Brittany with Faith.

“I was friends with all of them. It was so nice. I adored Ariana and Katie the most out of anybody at that time, and Lala,” Faith shared.” [Ariana and Katie] came off to me as the most chill and the most regular. Everyone else gave me very L.A.-vibes.”

Faith ultimately noted that she didn’t feel the Pump Rules producers were racists. Instead, she believes those working on the reality series have shown a lack of vision.