Charli Burnett Talks Being Rejected by Vanderpump Rules OGs and ‘Hurt’ by Kristen Doute, Says Jax Taylor Could “Literally Be My Dad” 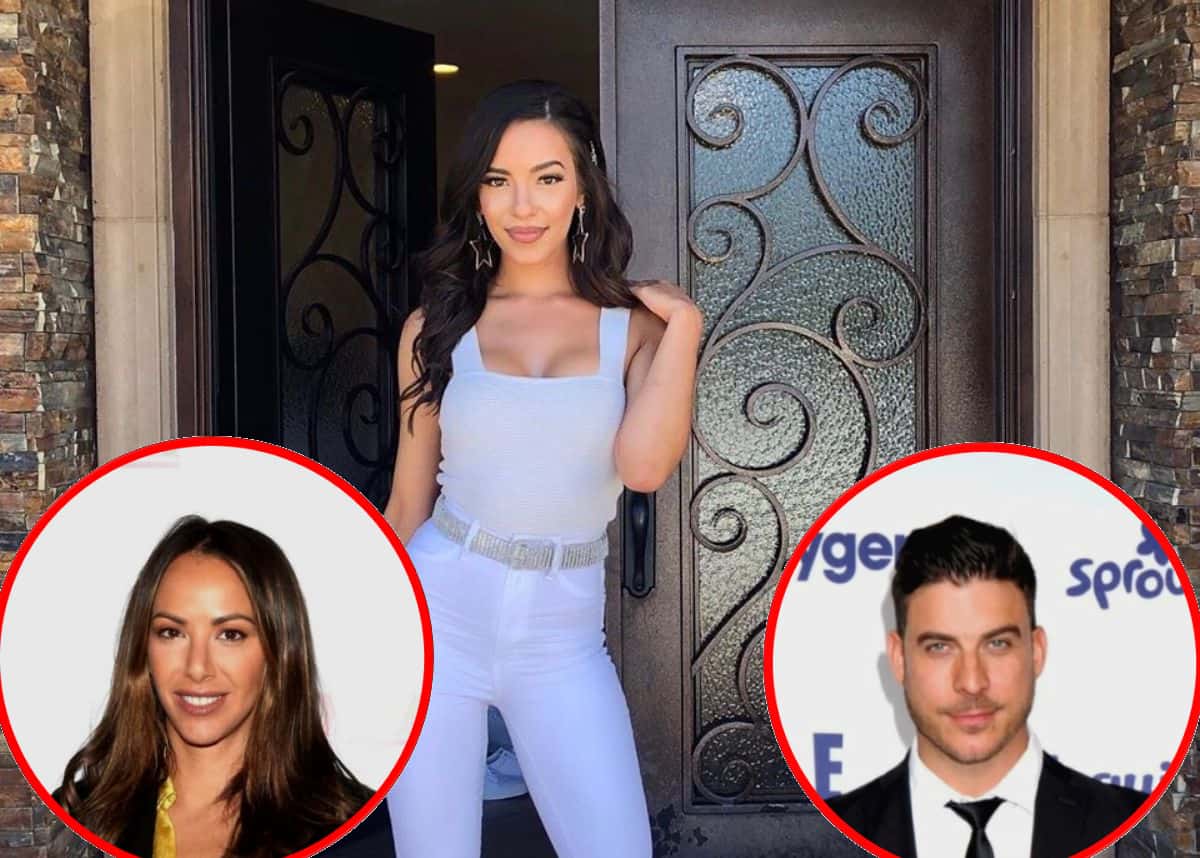 Charli Burnett is speaking out about her experience as a first-time cast member of Vanderpump Rules.

The reality star, who debuted as a new SURver this year for season eight, loved the opportunity granted to her by Lisa Vanderpump, but she had a hard time fitting in — specifically with the OGs of the show.

In a new interview, which was done before the shocking firing of Stassi and Kristen this week,  the 25-year-old noted how now-former cast members Max Boyens and Brett Caprioni seemed to mesh easier with the group since “boys get along easier than girls,” adding how she would show up to parties and “only one or two [of the girls]” would greet her and be welcoming.

“When you go up to someone two or three times and they don’t even acknowledge you, let alone put their hand out or turn your back to you … it’s kind of like, okay, you’re not gonna try anymore,” she told David Yonteff for his Behind the Velvet Rope podcast. “I literally did everything to try and win these people over. I brought gifts, I brought alcohol, I tried to be respectful, polite. Anything. I even tried to dress down, like not even have my boobs out, just so that they felt comfortable around me. And then it didn’t work. So I was like, f–k it. […] I’m not gonna force be friends with someone or be fake on camera just so that there’s camera time with them. I’m okay.”

Even though Charli noted she felt unwelcome by most of the long-time cast members, she did point out that Ariana Madix, Tom Sandoval, Tom Schwartz, and Scheana Shay were a different story … leaving fans to fill in the blanks.

The California native explained how Katie Maloney was always “the most stand-offish” and that she was annoyed how Stassi Schroeder said how she “has nothing more to [her] than selfies” and called her a “mini Scheana.”

Charli was the most disappointed in Kristen Doute, though, since she felt she was there for Kristen when everyone turned their back on her.

“Kristen liked me at the end of the season because everyone basically banished her and I’m not gonna work like that. If I don’t have issues with anyone, I’m not a follower and I’m not gonna jump on the ‘we hate people’ train,” Charli explained. “And so, I hung out. I went to her James Mae [event] and we followed each other and we were cool.”

Tension came, though, after Charli’s Vanderpump Rules: The After Show appearance in which she described herself, Scheana, and Raquel Leviss as having the best glam. Kristen apparently took offense to the statement, and she went off about Charli on Scheana’s Scheananagins podcast.

“It was not an attack toward Kristen, not an attack toward anyone, I just made a statement because that’s how I felt,” she stated. “And if you felt otherwise, then feel otherwise, but you don’t have to go on a rant about how much you hate someone [and] how much you don’t think they should be on the show and how they have to basically prove to Kristen that I should be on Vanderpump Rules. But like, I’m so confused because [she doesn’t] even work at SUR. And when everyone was mean to [her], I wasn’t mean to [her].”

Charli concluded her interview by noting how she gets how the OGs feel it’s “their show,” but she still calls them out for being “over the age of 30” and dissing someone in their 20s.

“I was a young girl that wanted an opportunity who’s trying to make a good life for herself and all these people are so much older than me. Like, Jax [Taylor] could be my dad. Like literally — he could be my dad,” she remarked. “If you guys are the ones going on social media or a podcast and talking about me in a negative way and I’ve never responded, then I think it’s a bigger judgment on you guys than it is me.”