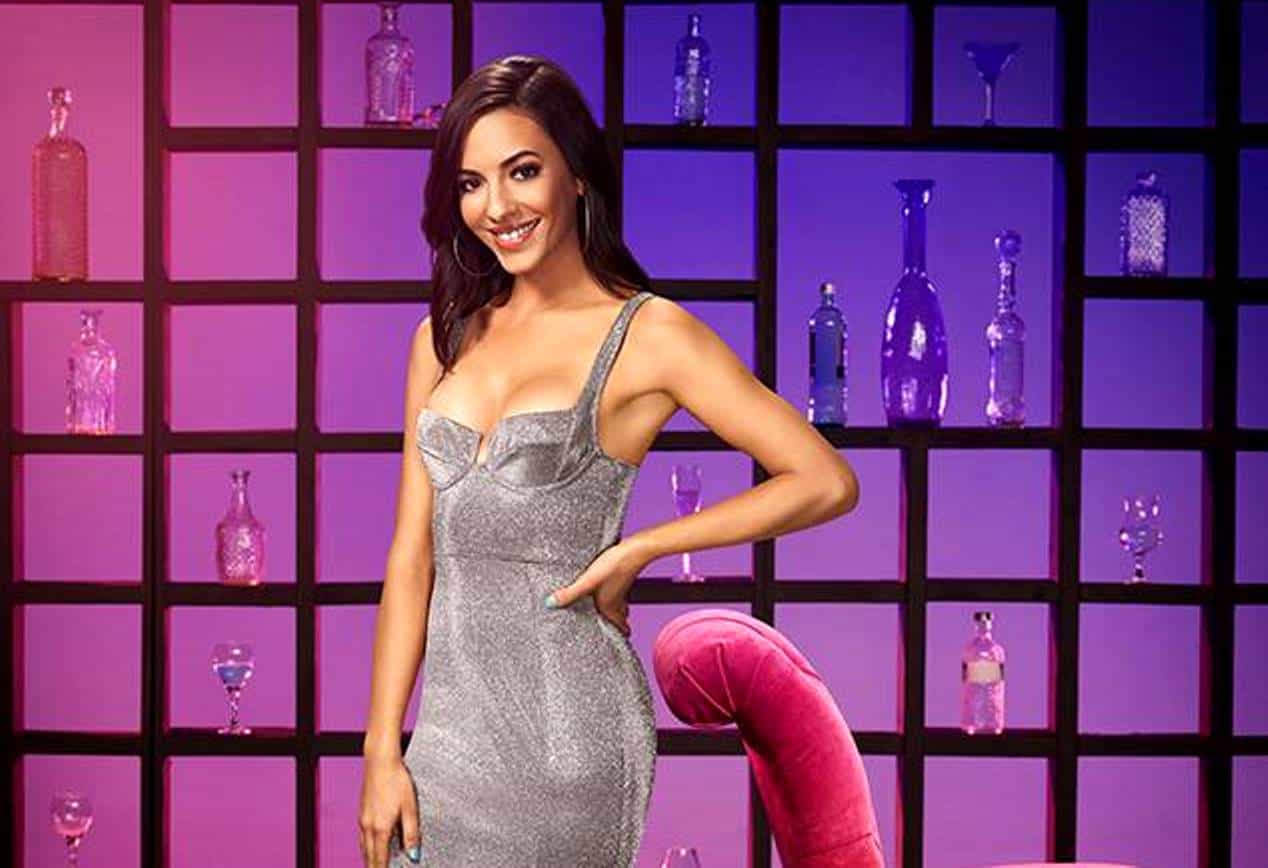 Charli Burnett shared a new photo of herself and her boyfriend, Corey Loftus, on Instagram earlier this week in which she was admittedly a bit thicker than she was on the recently aired eighth season of Vanderpump Rules.

As she posed with her man by her side, Charli showcased her stunning curves before responding to a fan who pointed out that she appeared to have eaten some pasta in the months since fans last saw her on the Bravo reality show.

“Who do we look like? (wrong answers only),” Charli wrote in the caption of her June 16 photo, which featured Corey’s hand resting on her backside.

After receiving plenty of answers to her question, including “Jax Taylor and Brittany Cartwright,” “Sonny and Cher,” and Modern Family‘s “Jesse Tyler Ferguson and Sofía Vergara,” Charli was met by a fan who said she looks “like [she’s] been eating some pasta.”

As Pump Rules fans will recall, Charli revealed during an early episode of season eight that she had never tried pasta because she felt it was what was making people fat.

“LOL yes I have gained some quarantine weight but that’s okay,” Charli wrote in response to the fan’s acknowledgement of her curvy physique. 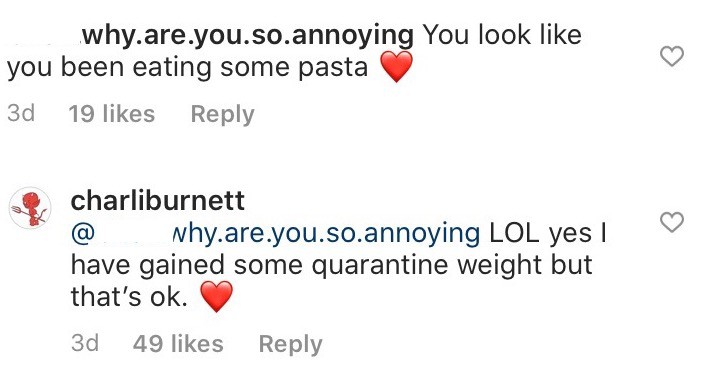 Following her pasta comment on Pump Rules, Charli was met with tons of backlash from people who felt she was lying about her claim, including Jax, who said she was “full of sh*t” on Instagram, and Lala Kent, who called her a “f**king moron.”

Months after the on-screen drama, Charli appeared on the So Bad It’s Good podcast, where she said that her issues with food stem from a sexual assault she experienced years ago.

“When people try to pressure me to try food, and people keep questioning me or questioning why I don’t eat certain things…I actually start going into panic mode and I’ll start crying,” she shared.

Charli then said that her co-stars’ comments about her failure to eat pasta were quite upsetting.

“I was being called names [by castmates]…..No one wanted to even get to know me because I hated pasta,” she said.