Home Real Housewives of Orange County News Tamra Judge Claims Heather Dubrow Was Fired Due to “Personal Conflict” With Bravo Exec, Says it Was Their “Biggest Mistake” to Let Her Go From RHOC and “It Took Her a While to Get Over It”

Tamra Judge Claims Heather Dubrow Was Fired Due to “Personal Conflict” With Bravo Exec, Says it Was Their “Biggest Mistake” to Let Her Go From RHOC and “It Took Her a While to Get Over It” 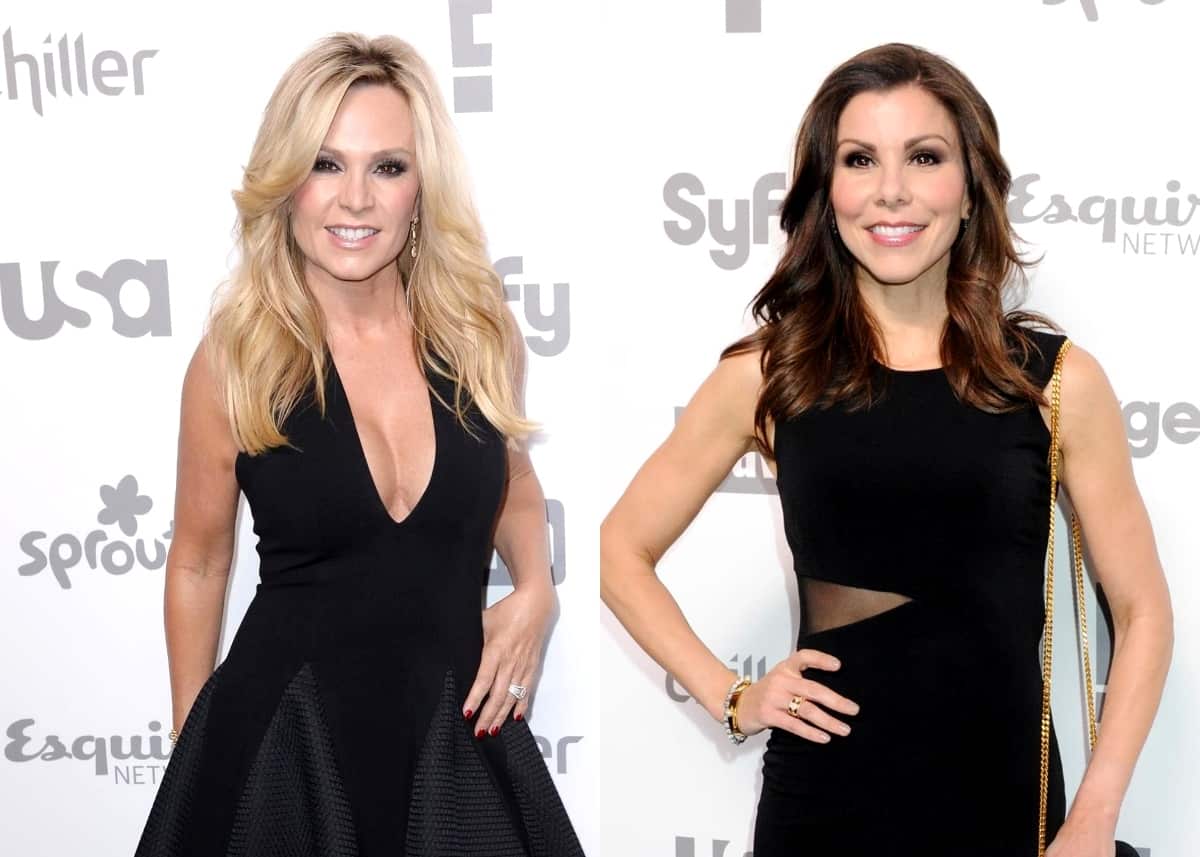 Tamra Judge believes that firing Heather Dubrow from The Real Housewives of Orange County was Bravo’s worst idea and is revealing why that allegedly took place.

In a recent interview, the former reality star dished on her ex-costar, detailing how a “personal conflict” may have been the reason for Heather’s firing and how she ultimately had a really hard time moving forward from the Housewives.

Podcast host David then asked if she could expand on what “type” of personal conflict there was.

“Like, personality clashes,” Tamra went on. “She wanted things done a certain way, but trust me, there’s people on the cast right now that are way worse. Way worse. On [the producers] like crazy, yelling and screaming, blowing their phones up … yeah.”

Tamra is most likely referring to Shannon Beador, whom she called out last month for allegedly once screaming at RHOC producers, while on Instagram live with Vicki Gunvalson, reiterating those sentiments just a few days ago by slamming Shannon as her “least professional” co-star.

“I felt like [Heather] was amazing on the show. She gave the show a little bit of class, a little bit more class than it has right now,” she stated. “She [always had] fun trips and exciting things planned for us and it’s not like something she just did for TV because she still does it.”

The CUT Fitness owner revealed how, although Heather always tends to have a “put-together” air about her, she actually had a really hard time dealing with her departure from the franchise.

“Was she shocked she was let go?” asked podcast host David.

“Oh yeah. She took it bad. It was hard for her. She’s the one who taught me to unfollow everybody because it’s the easiest way to get over things,” Tamra stated. “She was also offered a part time role and didn’t take it. I think what they wanted to do was sort of smack her around and say, you know what, here’s a part time role and then the next year they probably would have brought her back. But I’m just speculating.”

Tamra also shared how in shock Heather was learning of her leaving the franchise earlier this year, giving her advice on how to move forward.

“It took her a while to get over it, too. She reached out to me as soon as she found out about [me getting fired] and she’s like, ‘I can’t even believe this! What is going on in the world?’ She told me [it took her] a while,” Tamra noted. “She goes, ‘It probably took me three years to follow people and talk about the Housewives again.’”