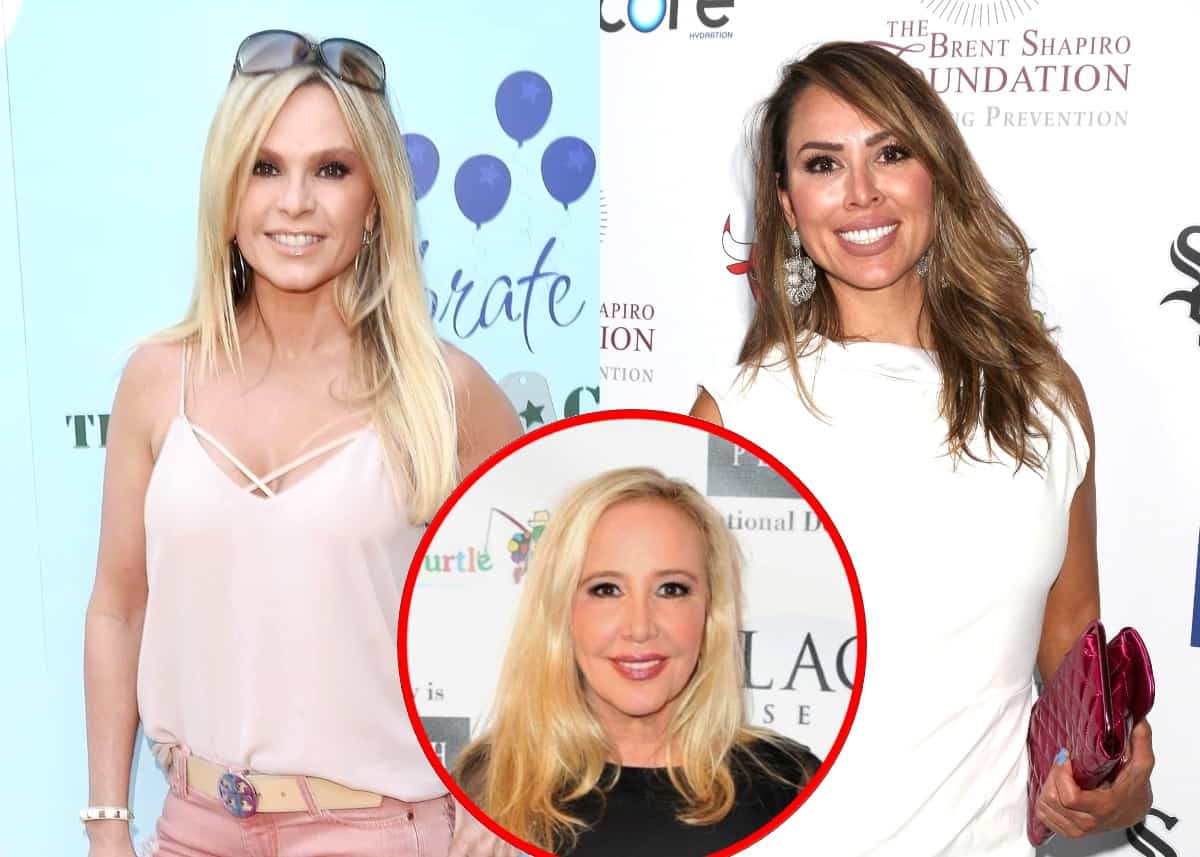 Tamra Judge believes Kelly Dodd should be following in the footsteps of Stassi Schroeder and Kristen Doute with an early exit from her role on The Real Housewives of Orange County.

After the two women were fired from their positions on Vanderpump Rules due to behavior that was deemed racially insensitive, Tamra accused Kelly of acting similarly on her Instagram Stories while also targeting Shanon Beador.

“Do you think Kelly should be fired for her racist [statements] coming to light?” a fan asked Tamra on her Stories.

“Yes I do,” Tamra replied. “That TMZ video is disgusting! Bravo shouldn’t just single certain people out like Stassi [and] Kristen. There should be zero tolerance at this point.” 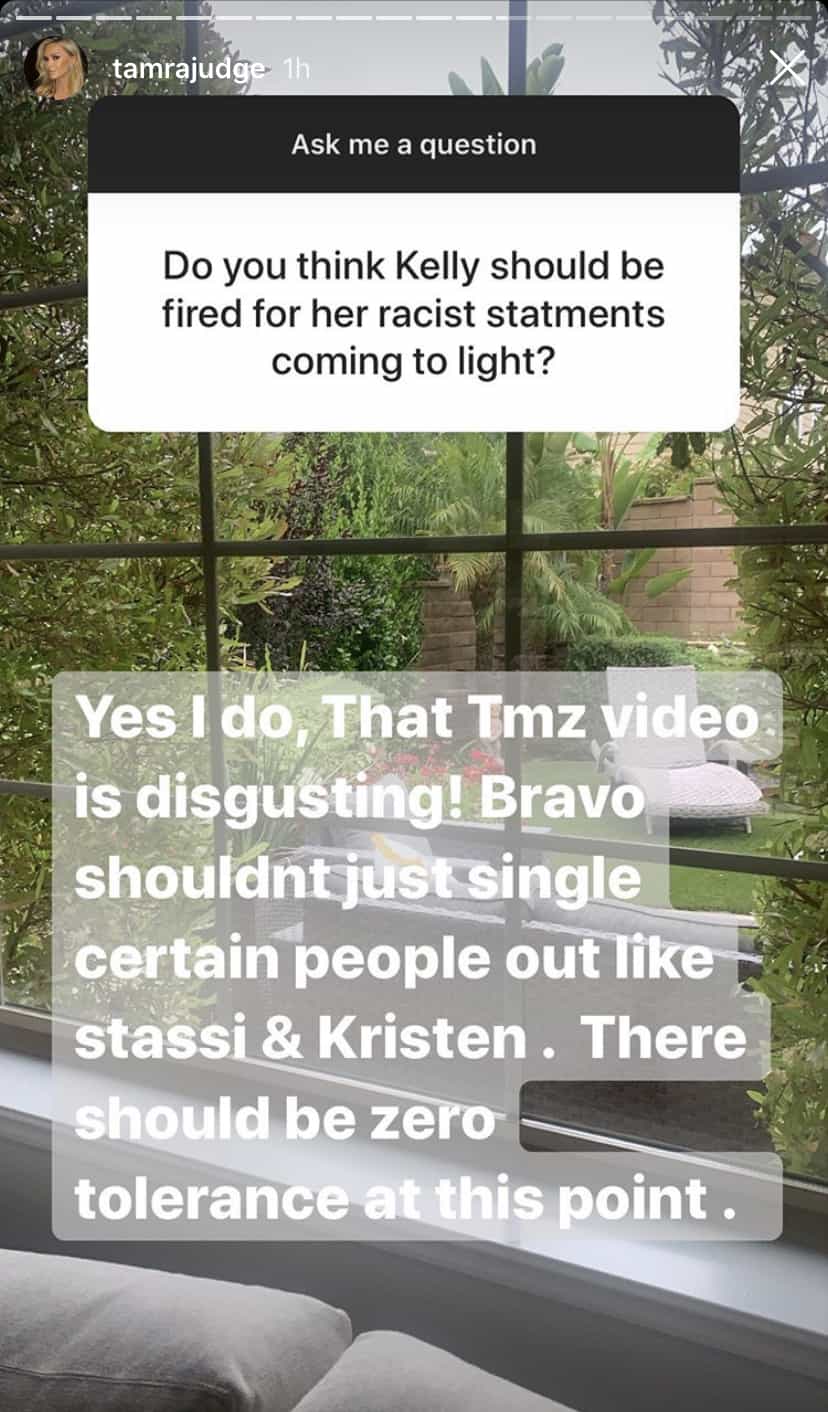 The video Tamra appeared to be referring to was a clip from 2016 in which Kelly told a TMZ cameraman that she wouldn’t date a black guy, nor did she know any black guys. During the same interview, Kelly said she didn’t care about her then-husband, Michael Dodd, before declaring herself “married but available.”

Tamra then seemed to take aim at Shannon by responding to a fan who wanted to know who she found to be the “least professional” during her time on RHOC.

“I think we all know the answer to that one,” Tamra replied. “The one that screamed at the producers all the time.” 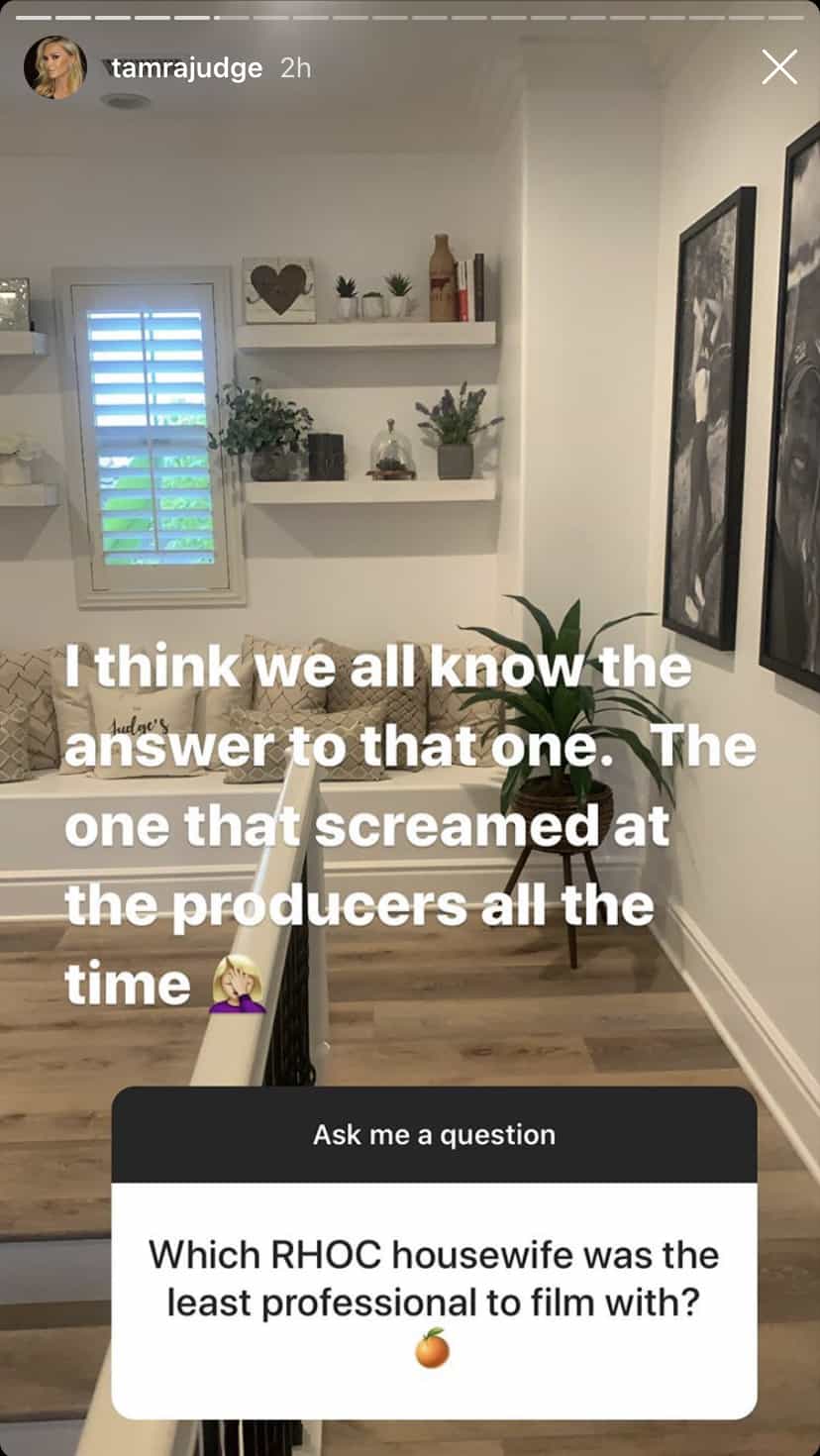 While Tamra didn’t name names, she and Vicki Gunvalson called out Shannon on Instagram Live last month, revealing the she went “f**king ballistic” during their cast trip to Key West.

Tamra left her role on The Real Housewives of Orange County in January after appearing on 12 seasons.