Home Real Housewives of Beverly Hills News RHOBH’s Lisa Rinna Claims She Was “Muzzled” by QVC From Talking About Politics After “Karens” Bombarded the Network and Begged Them to Fire Her, Vows to Remain on the “Right Side of History”

RHOBH’s Lisa Rinna Claims She Was “Muzzled” by QVC From Talking About Politics After “Karens” Bombarded the Network and Begged Them to Fire Her, Vows to Remain on the “Right Side of History” 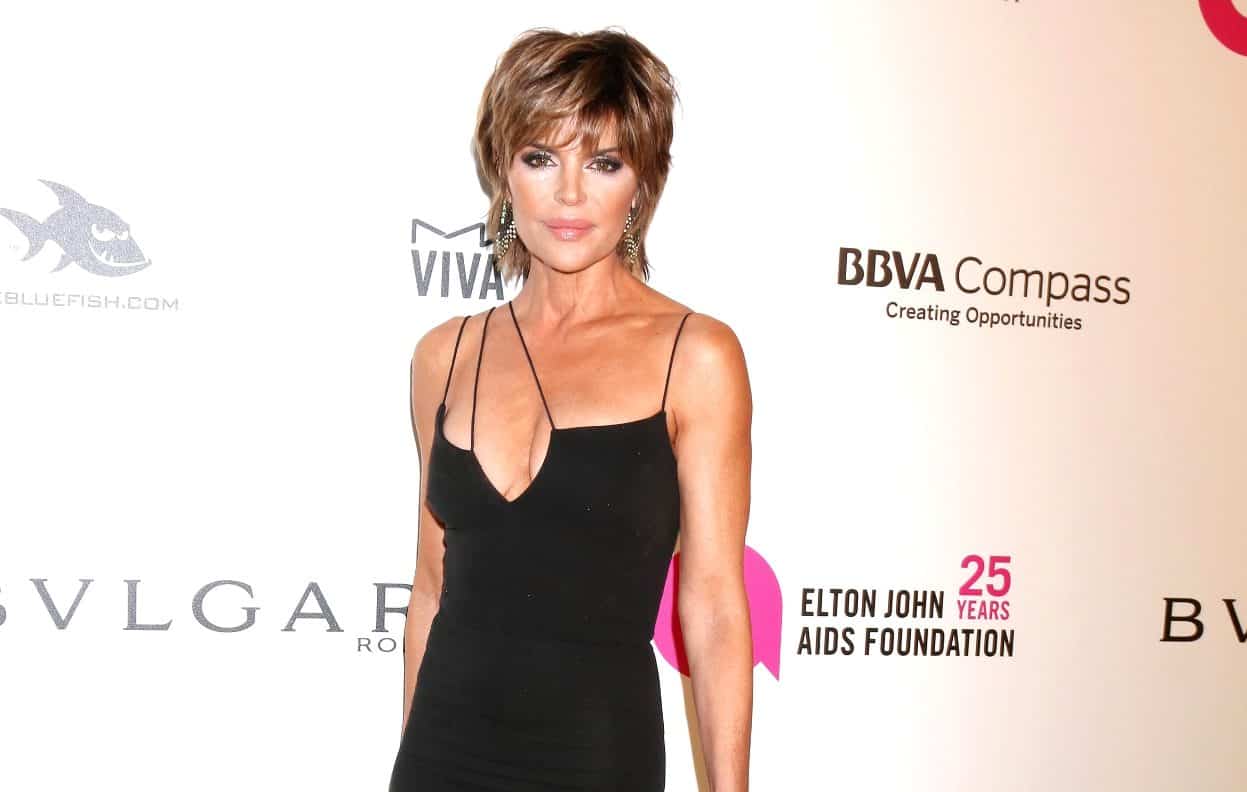 Lisa Rinna claims to have been “muzzled” by QVC.

In a series of posts shared to her Instagram Stories on Wednesday, the Real Housewives of Beverly Hills cast member told her fans and followers that she was “sad to report” she will no longer be able to voice her opinion on political matters after a number of “Karen’s” called the network to complain and threatened to stop buying her clothes.

“It would now seem I can’t use my platform to inform or question or say how I feel politically because the Karen’s have bombarded QVC begging them to fire me and saying they will no longer buy my clothes,” Lisa wrote in her first post. “It is a shame that I must be muzzled in order to support my family but that is just what it is.”

“Remember you know how I feel. Use your voice and Vote,” she added. 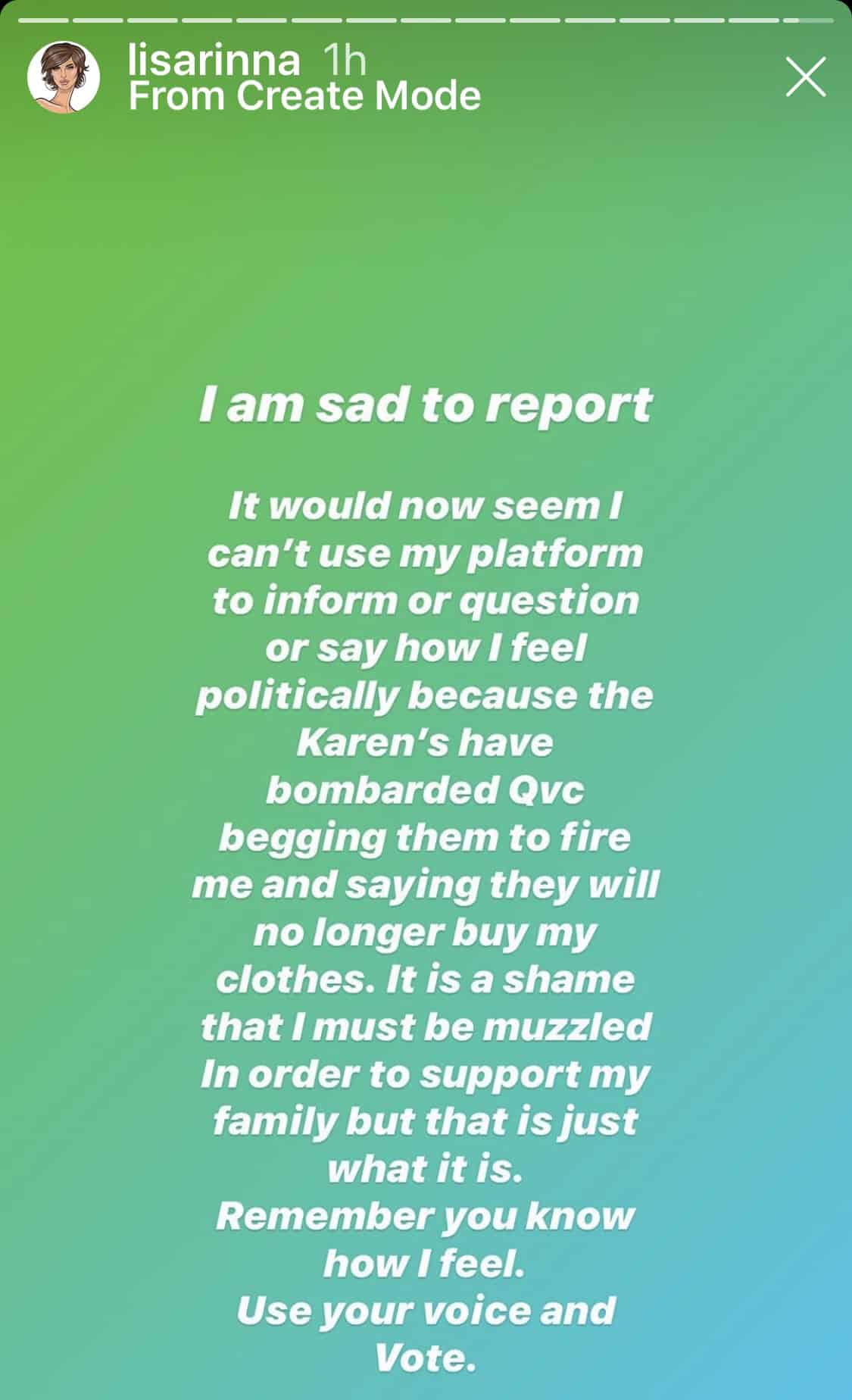 After revealing why her online audience will no longer be seeing her comments about politics, Lisa shared a second post in which she vowed to remain on the “right side of history,” despite being silenced by QVC.

“I will be on the Right Side of history And in the end THAT IS WHAT MATTERS MOST,” she shared, adding a number of slogans and messages supporting causes including Black Lives Matter and Trans Lives Matter. 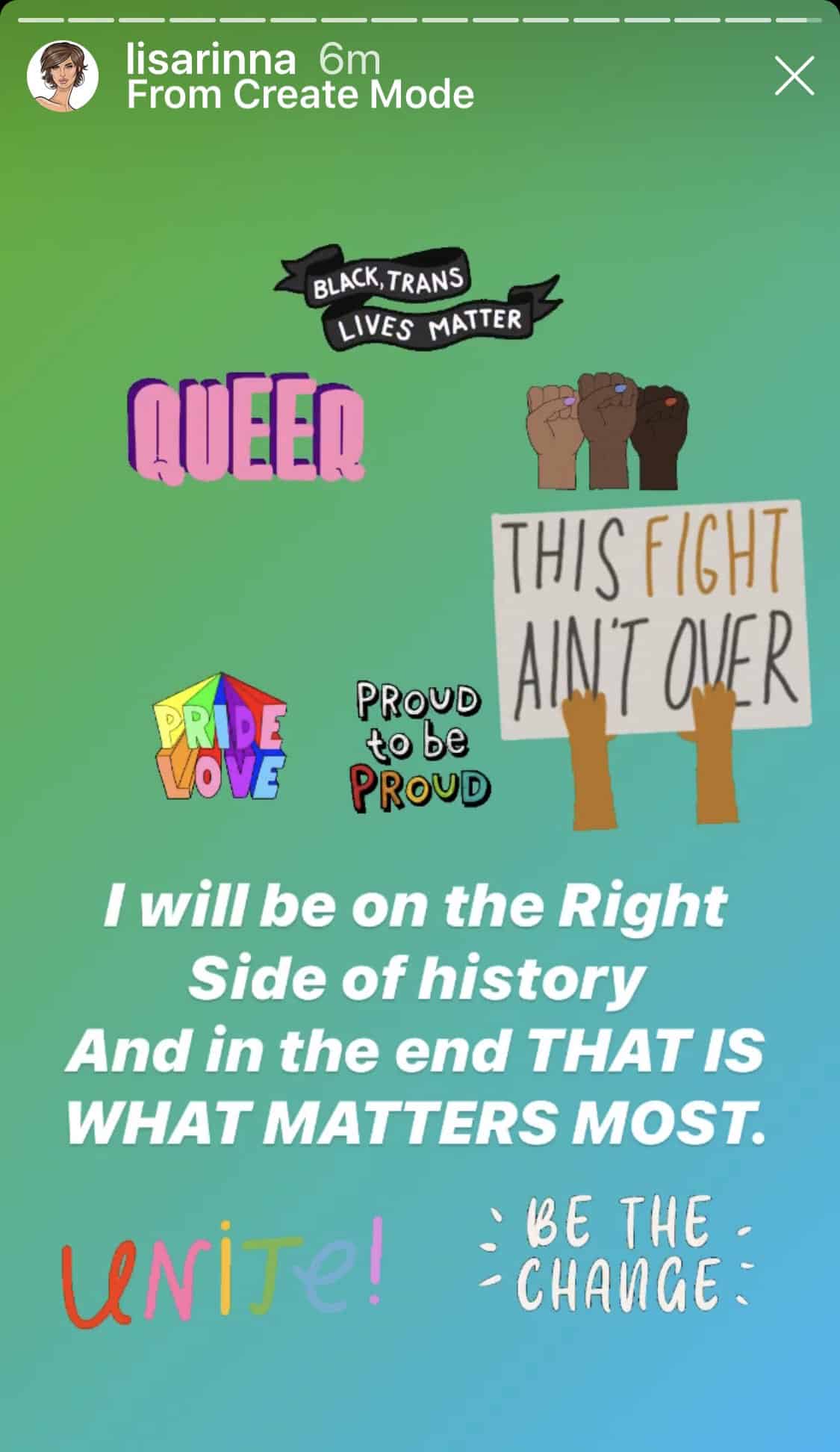 In a third post, Lisa posted a funny message in which a fan requested that one of the complaining “Karen’s” return a pair of Lisa’s pants.

“Can one of the Karen’s return the palazzo pants in a small then?!?!” the person asked, along with a couple of laughing-while-crying emoji. 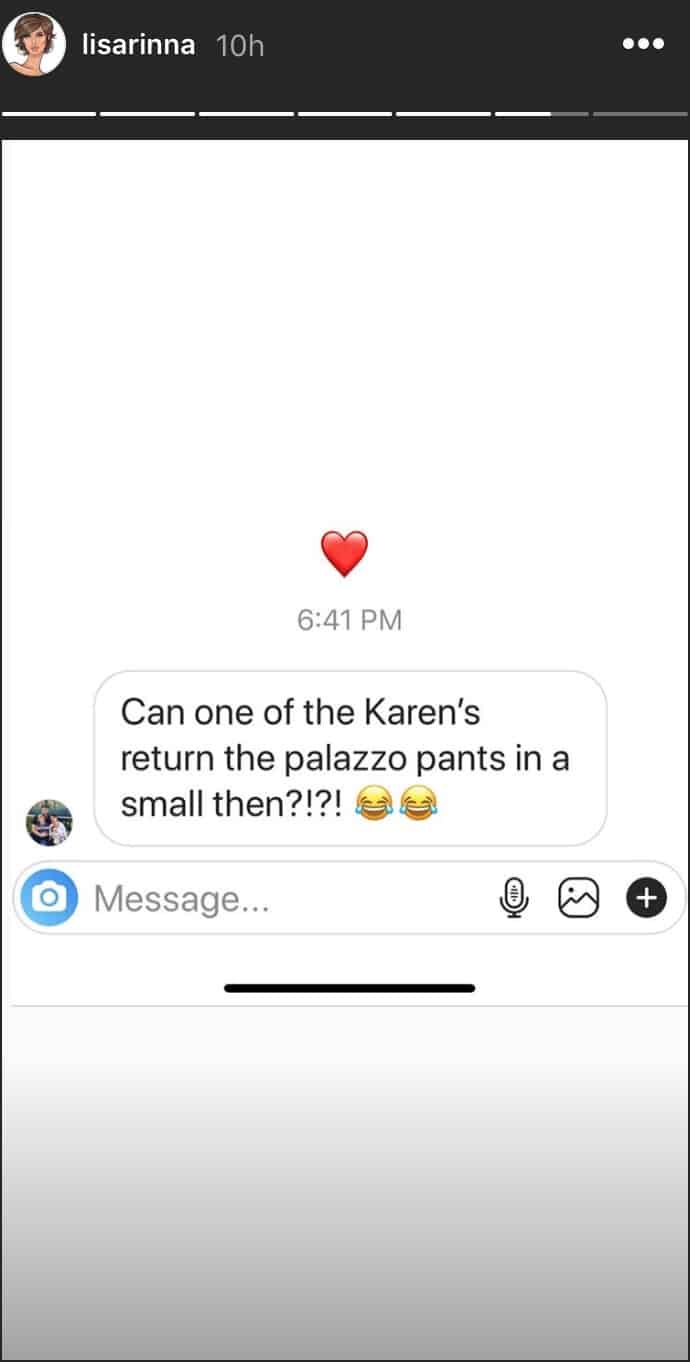 While Lisa is clearly frustrated with the way in which she’s been “muzzled,” she is at the very least staying humorous about the situation.