Ex RHOBH Star Yolanda Hadid Denies Any Association With Ghislaine Maxwell After Being Accused of Hiding the Jeffrey Epstein Associate at Her Home, Plus Pregnant Daughter Gigi Hadid Weighs In 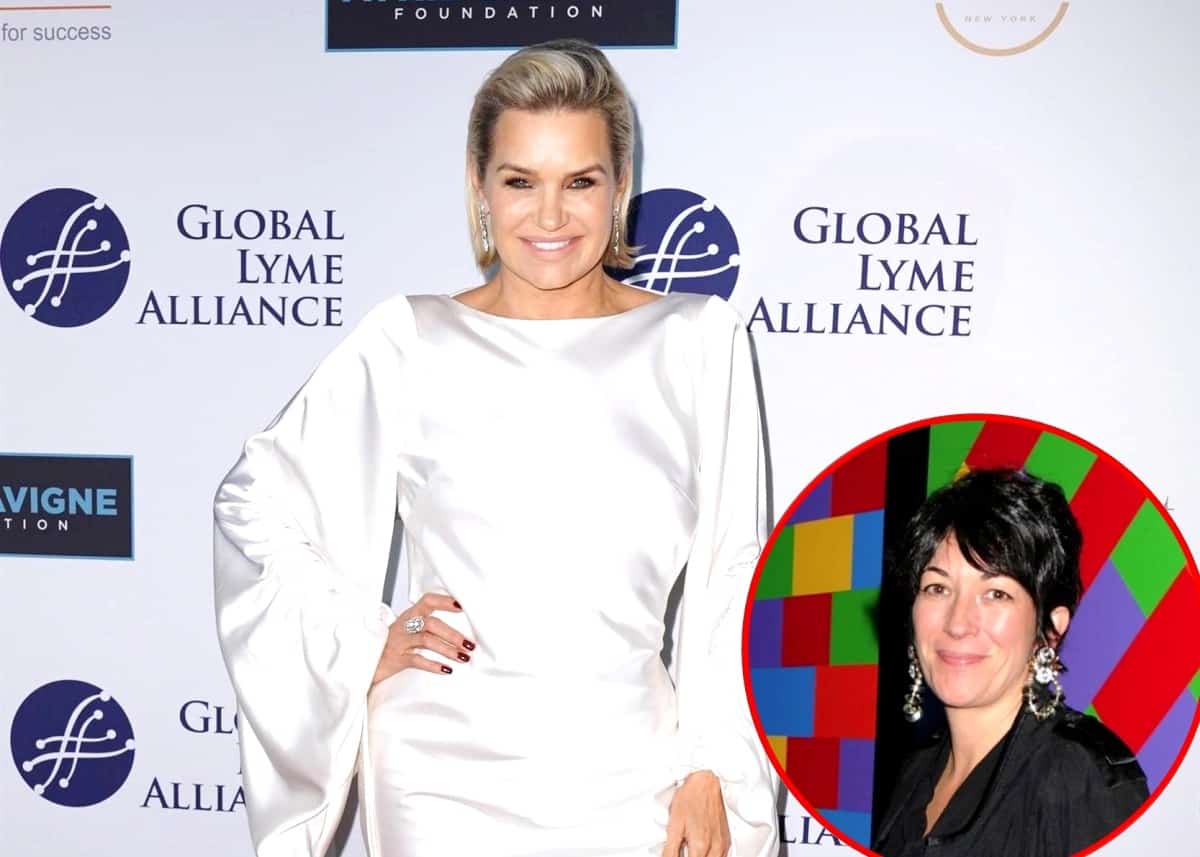 Yolanda Hadid is firing back at Dutch journalist Henk Van Ess, who claimed to have tracked recently arrested Jeffrey Epstein associate Ghislaine Maxwell to a doughnut shop near the former Real Housewives of Beverly Hills cast member’s home in New Hope, Pennsylvania and alleged she was “friendly with the Hadid family.”

According to a new report, Henk tweeted and deleted a post in which he suggested that Ghislaine “probably stayed” at Yolanda’s farmhouse and said he tracked the woman, who is accused of recruiting and grooming young girls for Jeffrey to sleep with, through her IP address.

On July 7, Page Six said Henk tweeted and deleted a post with a link to an article about Yolanda’s home and told his followers, “Thanks to @NWOGaction here are some photos of the place #ghislanemaxwell near #doylestown probably stayed in – the farm of Dutch born Yolanda van den Herik, now called Yolanda Hadid.”

After the former RHOBH cast member was accused of hiding Ghislaine, who is also accused of participating in the abuse Jeffrey was involved in, she denied any such thing in a series of posts on her own Twitter page.

“I do not know or have ever associated with Ghislane- the first time I have heard about her or any of this was watching the documentary, like the rest of the world, on Netflix which became an in depth dinner conversation with my family in which we all discussed how it’s possible that this woman was not already in jail ..?!” Yolanda stated.

She continued, “I have been strictly quarantined with my family, as my daughter is pregnant and is at high risk for catching the virus, and just learned in the past couple days, via the press- like everyone else, that GM was arrested in New Hampshire, which is multiple states away from where I live. So, I’m not sure how I have been brought into this narrative of yours, but I take these false claims very seriously. Please stop involving me. What that lady did is disturbing and she deserves to be in jail for a long time.”

When Henk then explained to her that he had supposedly tracked Ghislaine to her area in November of last year, many months before her arrest, Yolanda again denied being involved.

“Like I previously said, I do not know Ghislane. No. She was not at our farm that date or ever,” Yolanda confirmed. 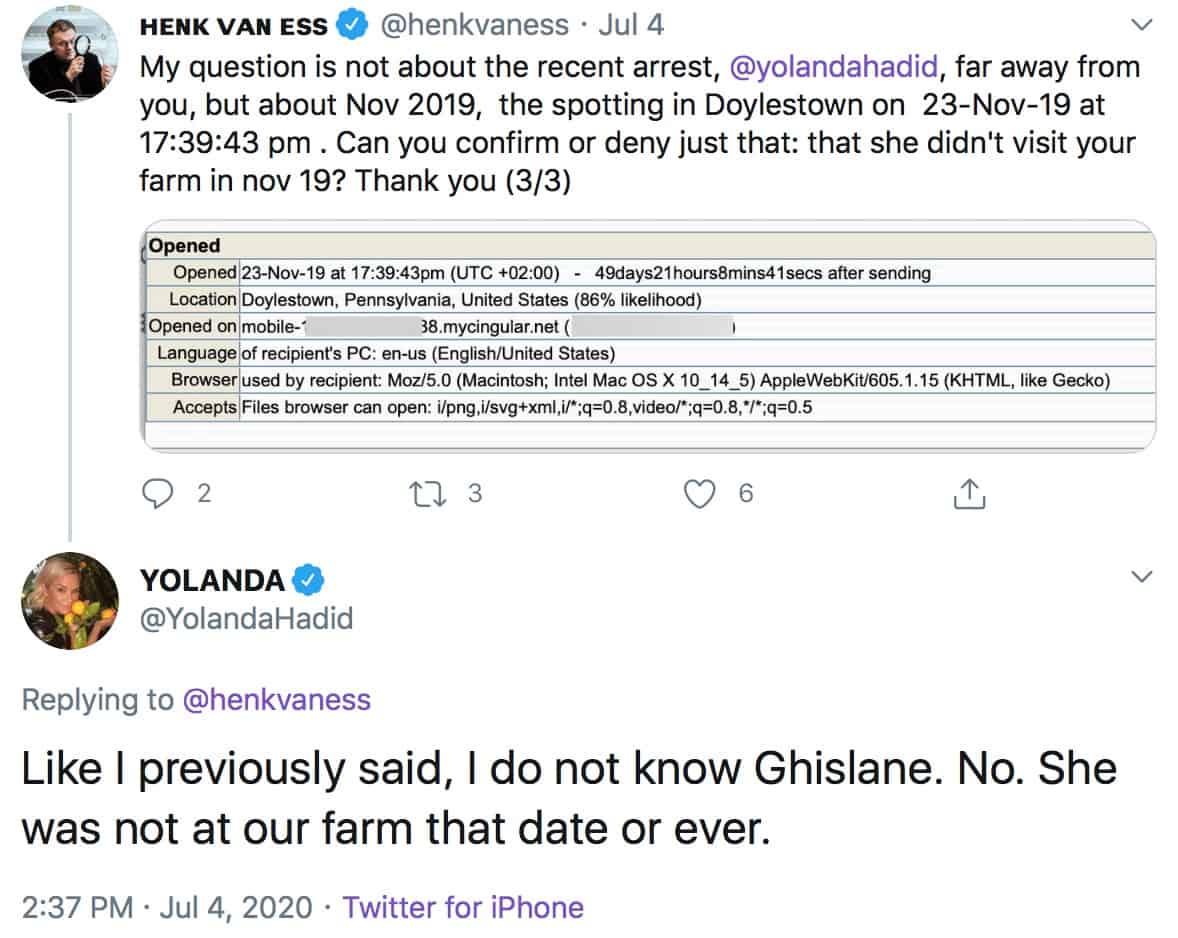 Yolanda also accused the journalist of failing to reach out to her prior to sharing his allegations before her daughter, model Gigi Hadid, defended her against his comments and insisted he never reached out.

“My mom, clearly from her timeline, almost never uses the Twitter app.. this was only brought to her attention by me [because] fans were sending me your tweets,” Gigi explained. “She wouldn’t have seen your tweets [and] can not go back in twitter mentions that far.”

Although Henk claimed to have tried to make contact with Yolanda, Gigi said he did no such thing until after his posts were shared.

“In your tweet above you claim that you also emailed my mom- but the only email she has from you is from 5:11am EST this morning, so in your tweet, almost 24 hrs ago, claiming that you have contacted her, you had not yet even sent an email,” Gigi added in a second post. 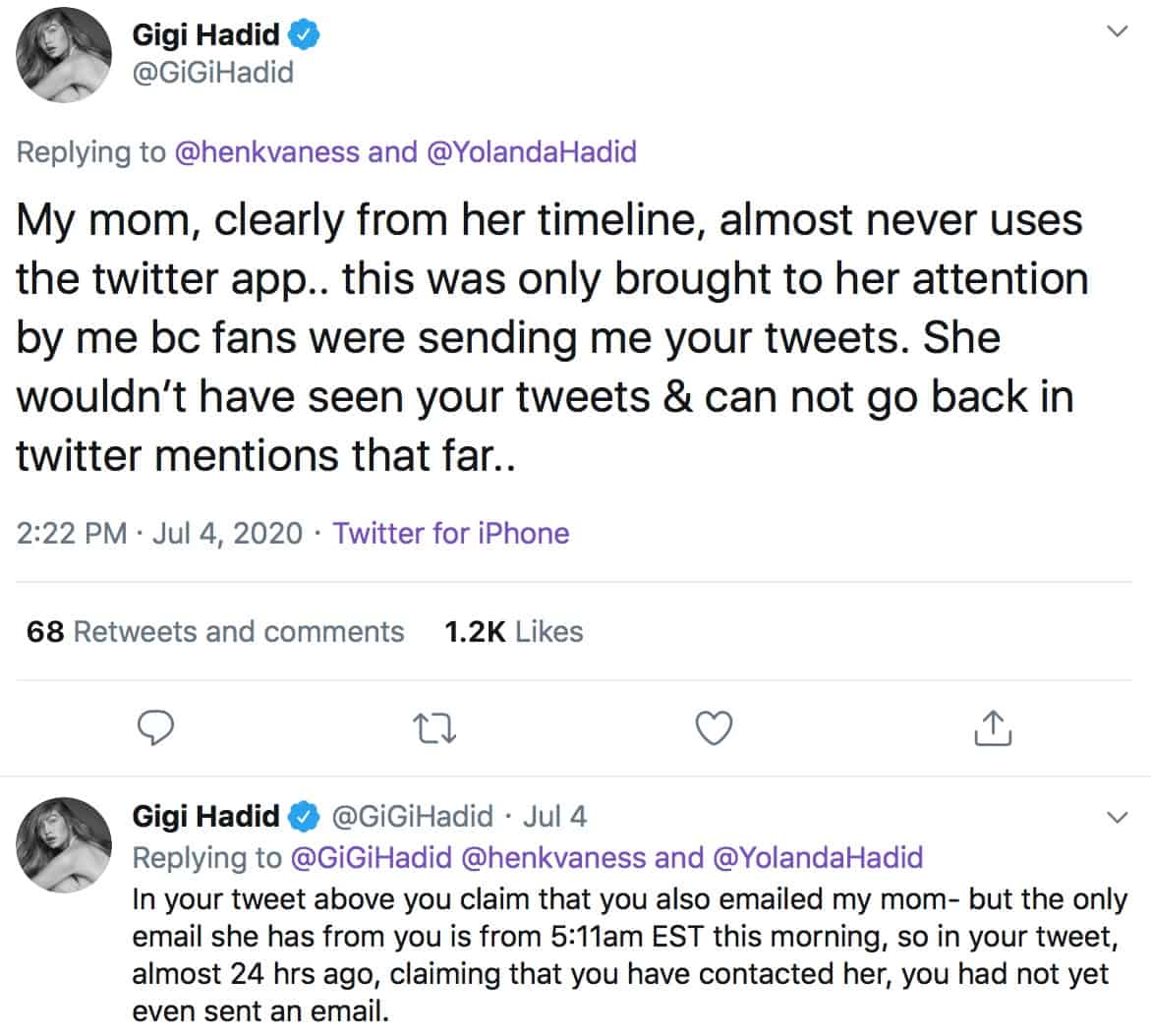 As Real Housewives fans may know, Yolanda isn’t Ghislaine’s only link to the franchise. She also has ties to Carole Radziwill, who attempted to downplay their relationship earlier this week after claiming on Heather McDonald‘s podcast, Juicy Scoop, in March that they were “friendly.”