Teddi Mellencamp Says She’d Be “Mortified” If Husband Edwin Acted Like Denise’s Husband Aaron, Plus Dorit Explains Why PK Pulled Aaron Aside and Says It “Doesn’t Look Right” When Men Get Involved, Plus Live Viewing Thread! 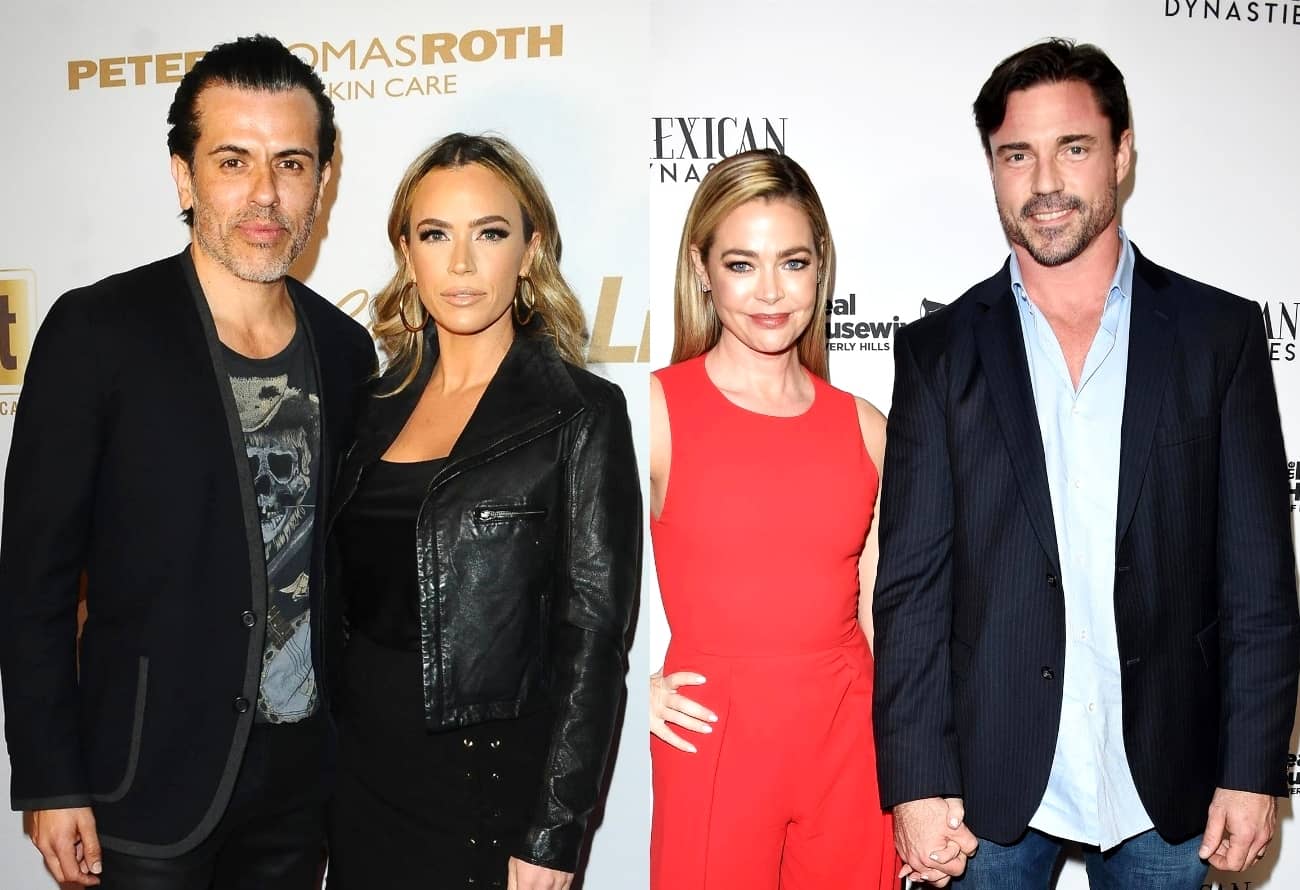 Teddi Mellencamp revealed she would be “mortified” if her own husband, Edwin Arroyave, acted the way Denise Richards‘ husband Aaron Phypers has throughout season 10 of The Real Housewives of Beverly Hills.

Looking back at Aaron’s two-season stint on the show, Teddi told RHOBH producers that Denise’s spouse has shown a “different side” of himself this year.

“For him to come at all of us, and talk down to us at the picnic, it was just another one of those things, like, ‘What’s your intention here? Are you defending your wife?'” Teddi wondered on the RHOBH: After Show.

Teddi then said she would not be happy to see her own husband get involved.

“If Edwin started doing that to the girls, I would be mortified,” she admitted.

As for Dorit Kemsley, she believes her husband, Paul “PK” Kemsley, was coming from a good place when he pulled Aaron aside during the latest RHOBH episode.

After PK was seen encouraging Aaron to allow the women to fight their own battles, Dorit explained why PK attempted to help Aaron and admitted that his treatment of cast “doesn’t look right.”

“I come with a little bit of knowledge and experience in these situations because I have also been through where my husband has gotten involved and it’s not a good idea,” Dorit explained. “I learned that and I think PK tried to pull Aaron aside when he had seen him to tell him, like, ‘I understand that you want to protect your wife but these ladies have it.'”

According to Dorit, she wishes Aaron would have been more receptive to PK’s advice, especially considering he was speaking from his own experiences with the RHOBH cast.

“I think, support your wife, but from the sidelines,” Dorit suggested.

“It doesn’t bode well when the husband gets involved and gets into it with the ladies. It doesn’t look right,” she added.

“Even if the intentions are well… You could have the best intentions. It still just falls flat. It just doesn’t look good,” Erika shared.

Also during the RHOBH: After Show, new cast member Sutton Stracke suspected that Aaron may have acted out toward the women in an effort to prove himself as a caretaker to Denise. Then, she noted that Denise, who was fresh of surgery, may have simply not been up for taking on the women herself.

“They’re newly married. So maybe [Aaron was] trying to prove [himself] as the caretaker. Or it could be that she wasn’t up for combatting these women,” Sutton explained. “It’s hard. Maybe she asked him to.”

RHOBH Live Viewing – This is also the live viewing thread for tonight’s new episode, so feel free to comment and chat below as the new episode airs at 9/8c tonight on Bravo TV! A preview clip is below.