Paul ‘PK’ Kemsley Reacts to Camille Grammer’s Comments About His Finances as RHOBH Co-Stars Support Him! 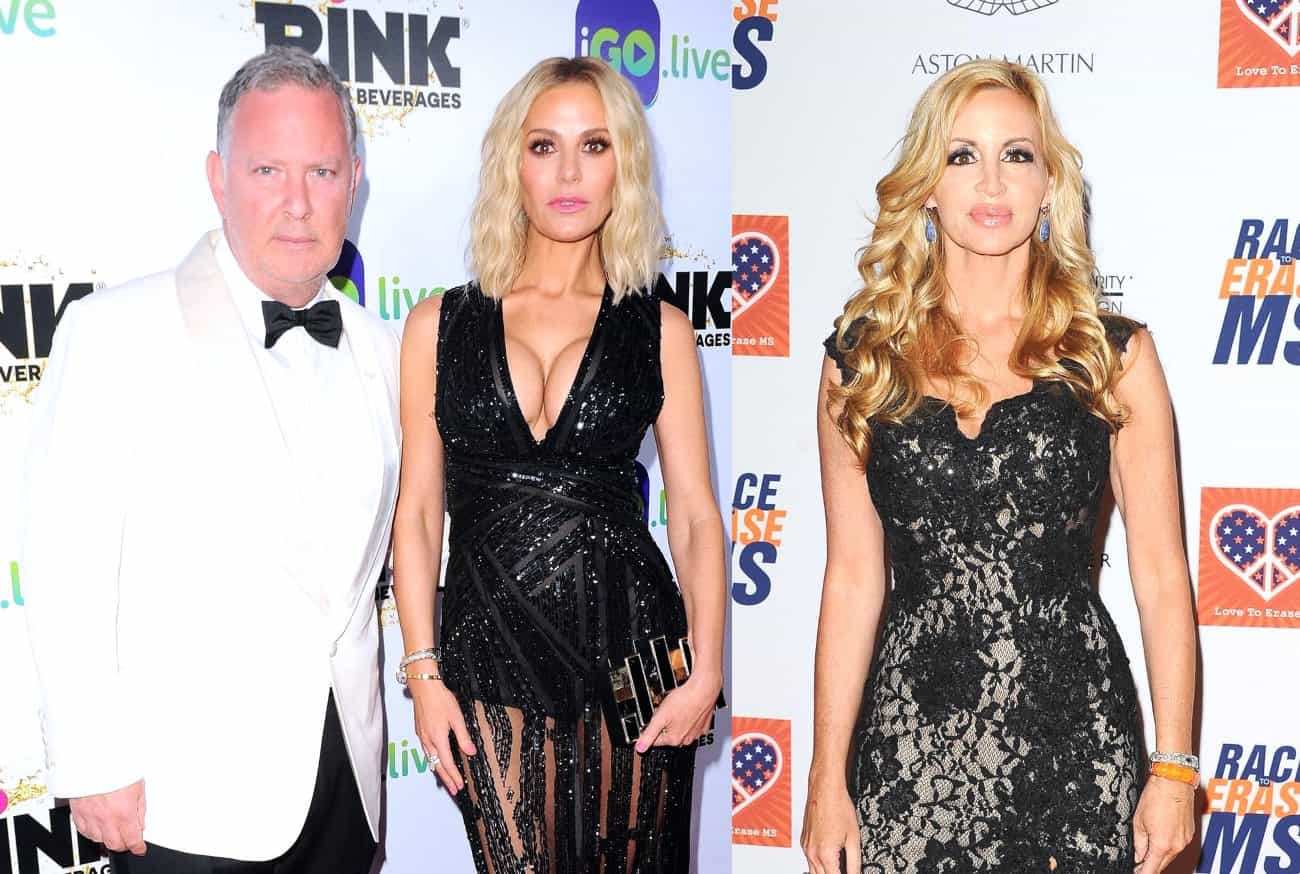 The Real Housewives of Beverly Hills star Paul ‘PK’ Kemsley is speaking out after Tuesday’s episode of the show, where his wife Dorit Kemsley was confronted with accusations that he owes money to a friend of Camille Grammer.

During a dinner with the group after Dorit’s Beverly Beach party, Camille made the accusation that PK owed money to a good friend of hers, and she added that he owed a company $1 million. She also guessed that PK hadn’t told Dorit about the total sum of money that he owed. Camille then questioned how well Dorit knew her husband’s finances.

Dorit was furious, saying she couldn’t wait to tell PK about Camille’s comments. Camille had also brought up a bankruptcy case from over a decade ago. 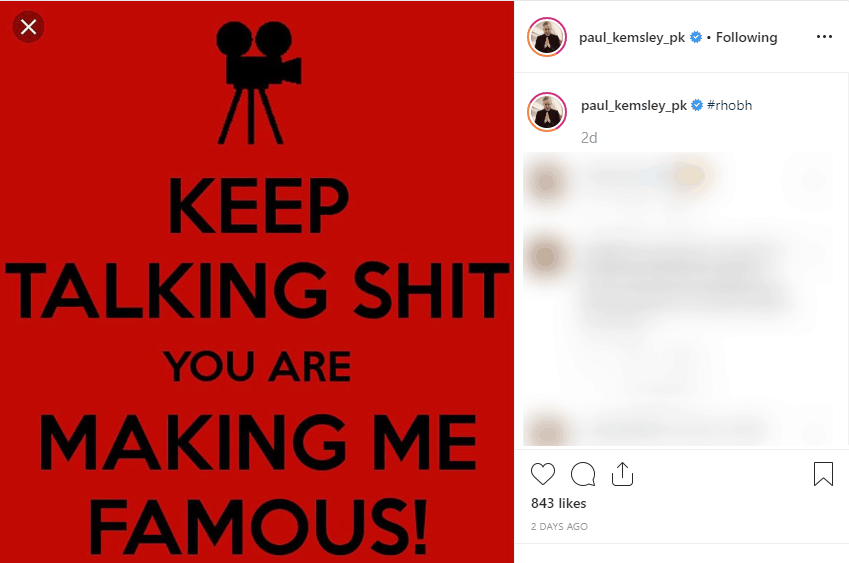 In addition to that post, he also shared a quote where he seemingly addressed his work as an entrepreneur.

“In answer to the multiple questions about what I do …. this is what I do ….,” he revealed in another Instagram post. The image had the quote, “I create. I take risks. I live my passion. I am an entrepreneur.”

PK’s post got support from both Dorit and Kyle Richards‘ husband Mauricio Umansky, who also started his own company while filming The Real Housewives of Beverly Hills.

“And you do it well,” Mauricio commented.

As for Dorit, she responded with the handclap emoji. Kyle also liked one of PK’s posts.

Also this week, Dorit addressed PK’s finances and lawsuits during the RHOBH After Show.

“PK’s affairs, and whoever’s coming out trying to say he owes him money, that is from another lifetime ago. It’s way before me, it’s way before his bankruptcy. It’s at the height — and unfortunately, when you become public they come out of the woodworks and that’s exactly what’s happening,” Dorit explained, revealing that people come for you when you’re successful and have money.

As we’ve reported, the past few months have been much better for PK as he recently settled a $1.7 million lawsuit brought against him by the Bellagio casino. Additionally, it was announced last month that PK, who manages Boy George, will be producing a movie about the singer’s life.

The Real Housewives of Beverly Hills airs Tuesdays at 9/8c on Bravo.