Home Selling Sunset EXCLUSIVE: Davina Potratz Fires Back at ‘Villain’ Edit on Selling Sunset and Dishes on Her Beauty Line, Plus She Explains Why Her Personal Life Isn’t Seen on the Show and Reacts to MDL Shade

EXCLUSIVE: Davina Potratz Fires Back at ‘Villain’ Edit on Selling Sunset and Dishes on Her Beauty Line, Plus She Explains Why Her Personal Life Isn’t Seen on the Show and Reacts to MDL Shade 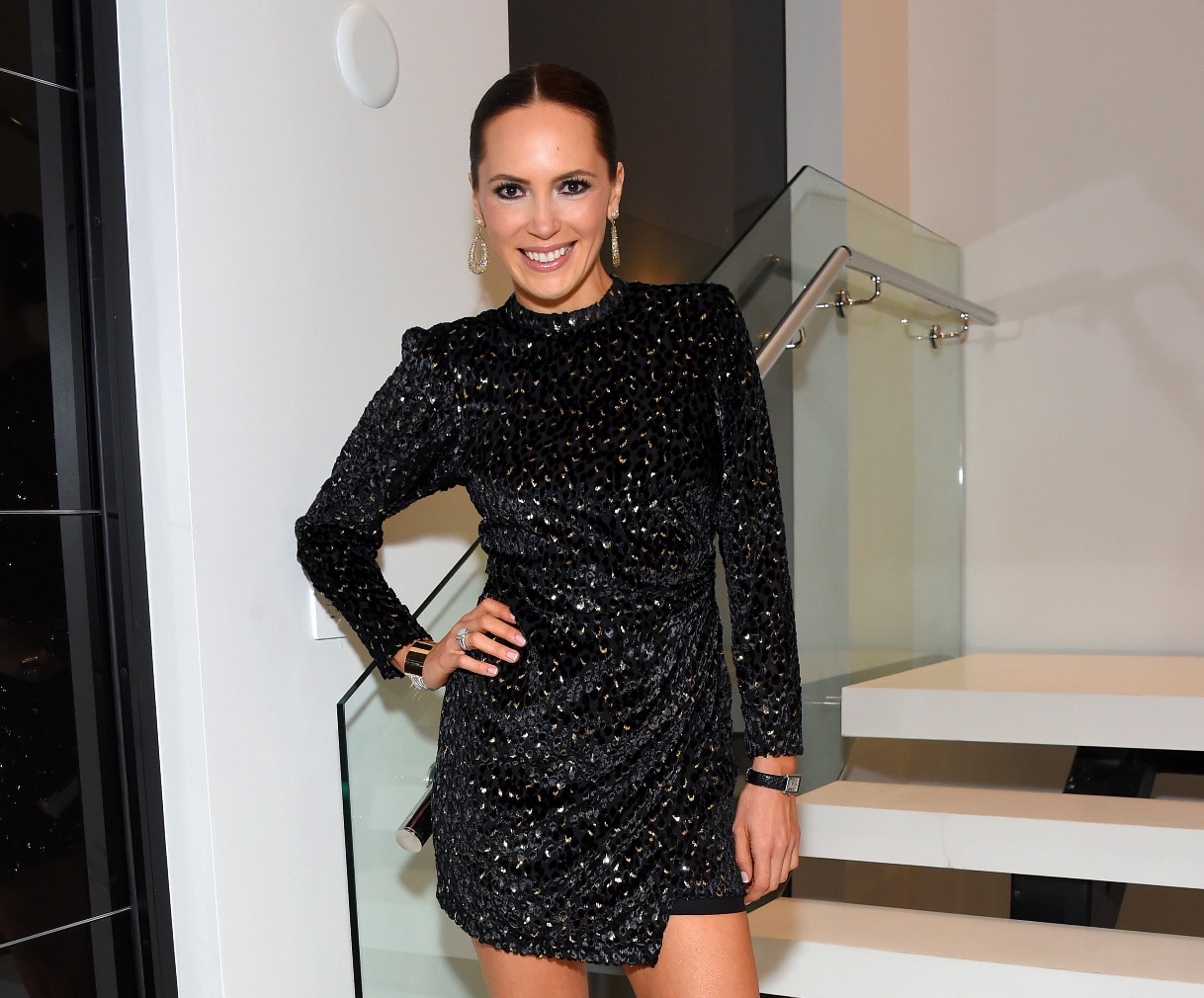 Davina Potratz spoke to Reality Blurb this week ahead of the upcoming season three premiere of her Netflix series, Selling Sunset.

Before addressing the shady comments recently made by the cast of fellow real estate series Million Dollar Listing: Los Angeles and dishing on her beauty line, Simplicity x Davina, Davina addressed the “villain” persona she’s faced on the show and explained why her personal life and relationship has been kept off-camera.

After being asked how the reception has been to her role on the show, Davina said that while “a lot of people are really supportive and nice,” others believe she’s “cold or mean.”

“I’m actually not at all. I’m none of those things,” Davina told us of her villain edit. “I consider myself as very honest and I can be direct. I’ll just come right out and say that and some people are not that way. I’m not trying to be offensive or rude. Some people take it that way.”

“You don’t see the funny side. You don’t see the warm side because that’s not dramatic and it doesn’t create drama for the show. So it’s not showcased as much. [But] just because you don’t see it on the show doesn’t mean I’m not that way,” she added.

According to Davina, it’s not fair for viewers to judge her and her castmates based on what they see from a few minutes on a reality show. However, she understands that producers have to make their footage look dramatic, “otherwise it’s not fun to watch.”

“Sometimes someone is going to have to go down for that and you don’t know if it’s going to be you or not. It’s a lot to go through,” she shared.

Because of the challenges that reality television can present to its cast, Davina opted out of exposing her private life and relationship on the series.

“That was certainly on purpose. I just don’t want to go there,” she told us. “I just don’t want to pull somebody else into [it], or a relationship. It’s a personal decision you make if you’re willing to go there and I’m just not. People want to know because they’re curious and I appreciate that. I get it. But it’s just not worth it. Maybe I’m not going to be the most popular person. If I had a wedding on the show, I’d be the star of the show in that moment but I just don’t need that much attention.”

Also during her chat with Reality Blurb, Davina spoke of her other passion, beauty, and more specifically, her successful Simplicity x Davina, which includes a line of bronzer and setting spray products.

One of her latest inspirations came after seeing that there was a need for a hydrating bronzer and creating a product and setting spray that provided buyers with both the intensity and hydration that they were looking for.

“It’s my personal passion and solves a problem that I saw in beauty. Even if no one liked it, I love it. So it’s really fun for me to do,” she added.

As for the recent comments made by Million Dollar Listing‘s Tracy Tutor and her Bravo co-stars, Davina said that she doesn’t know much about Tracy but is connected to a number of other cast members from the series.

“I will say that I know Matt and Josh Altman well. [David Parnes] and [James Harris] are also really nice guys. I know them as well and they know who I am. I don’t know Tracy very well. I don’t expect them to be like, ‘I know her.’ They don’t want to start a bunch of sh*t-talking,” Davina explained.

During an appearance on Watch What Happens Live earlier this month, Tracy said Selling Sunset seemed to be about “dating bachelors in the Hollywood Hills,” not real estate. She suggested that the women of the show could learn how real estate works from their group.

“Maybe Tracy feels like… our cast has a lot of followers and we’re quite a popular show. Maybe she wishes she had that,” Davina suspected, adding she wishes Tracy “nothing but the best.”