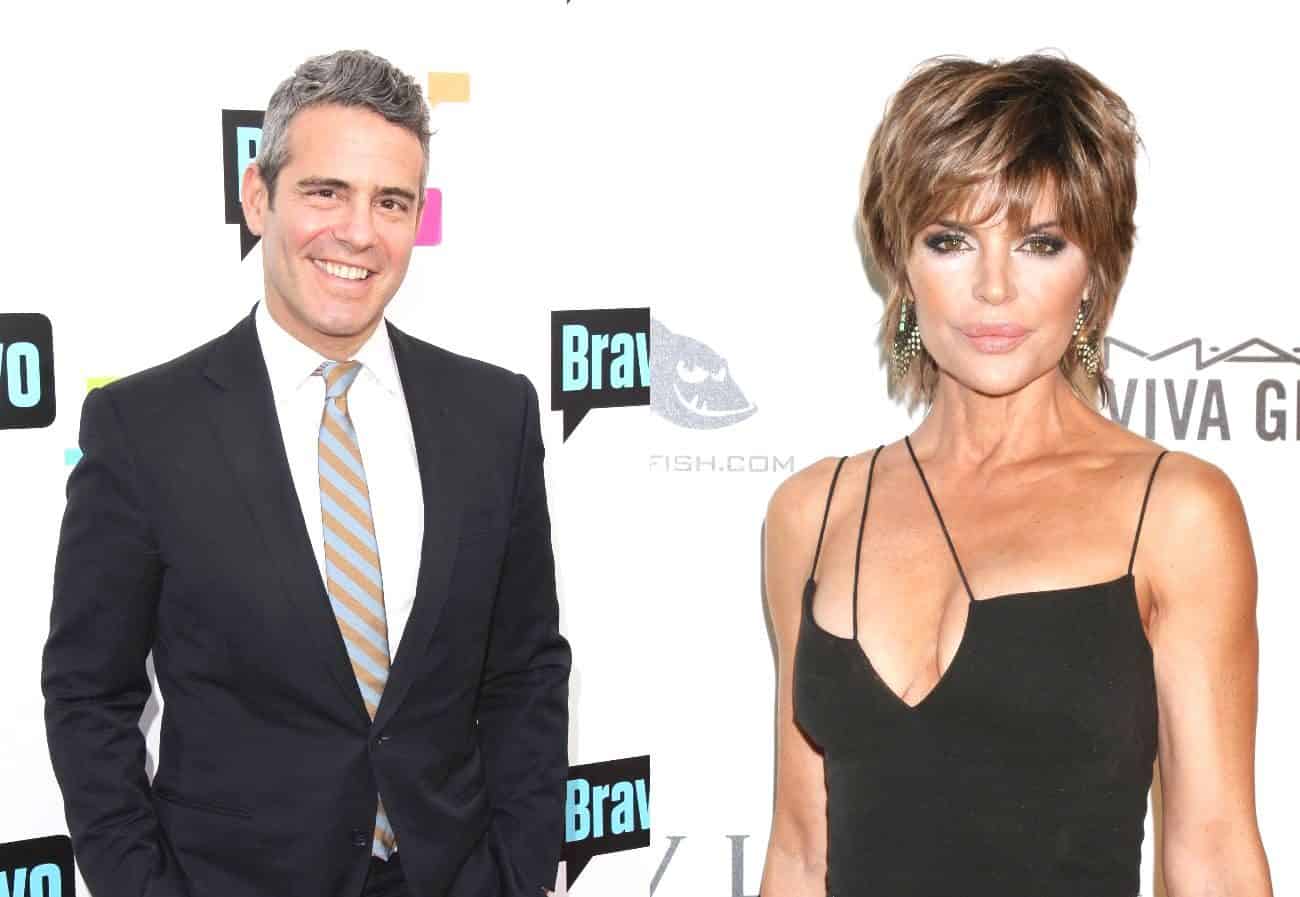 TikTok star Amir Yass is back at it again!

“I’ve never actually worked with [Andy] but I saw him on a flight to New York and he was having a breakdown,” Amir recalled in a clip posted last week.

According to Amir, Andy was raising hell because the flight they were on didn’t leave on time.

“The flight kept getting delayed and he was like, ‘Do you know who I am? I am late night. I have Watch What Happens Live,’” Amir revealed.

“Why weren’t you flying private, girl, having a break down, honey? I’ve heard that he’s very difficult from other publicists but I’ve never worked with him,” he continued.

As for his experience with Rinna, that came during a music festival years ago.

“Yes that’s me with Lisa Rinna in Coachella, honey,” Amir said as a photo of the two of them was seen. “She was fabulous. I organized an event that she was at and she was just absolutely fabulous and even took a photo with me.”

As RHOBH fans may recall, Amir took aim at Erika and Vanderpump in a TikTok video last month, claiming Erika was “a motherf*cking nightmare” who tried to get him fired and saying Vanderpump too was a “f**king nightmare.”

“[Vanderpump] had someone carrying around her f*cking dogs” and “refused to stay longer than 15 minutes at an event that was for her,” he shared.

At the same time that he was bashing the RHOBH ladies, Amir applauded Vanderpump Rules stars Tom Sandoval and Tom Schwartz for being “super nice” and “super gracious” before describing Scheana Shay as “fabulous.”

“She took pictures with everyone. She’s such a f**king hard worker. I’m so here for her,” Amir told his audience.