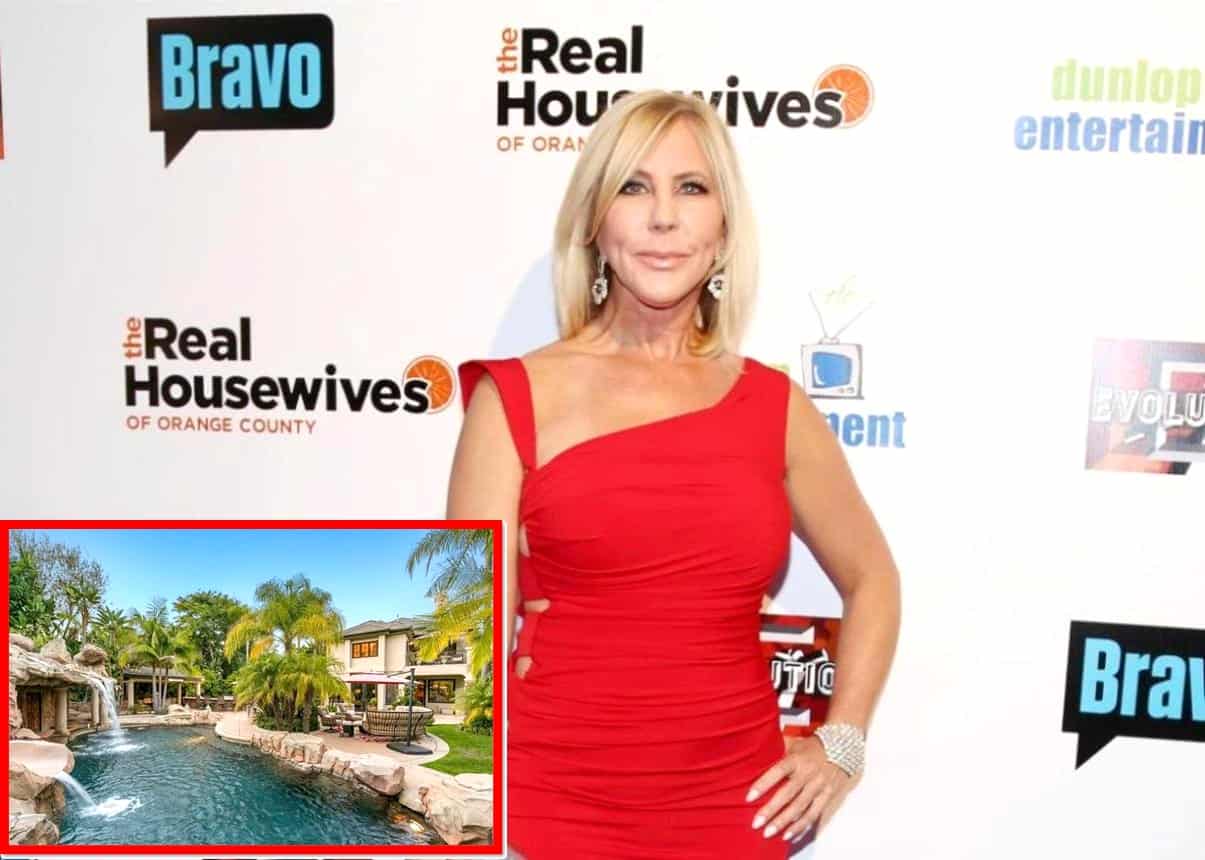 A piece of Real Housewives of Orange County history has just hit the market.

On Monday, former cast member Vicki Gunvalson listed the five-bedroom, five-bathroom Coto De Caza home that fans have seen throughout the past 14 seasons of the Bravo reality series for $3.35 million dollars.

In a description of the property shared by Bullock Russell Real Estate Services, who have the listing, Vicki’s home is said to be an “aesthetically beautiful estate property” that exhibits the perfect blend of “elegance, charm, [and] style.”

The home is located in a gated community and boasts a number of stunning features, including high ceilings, a designer kitchen, dramatic crown moldings, custom paint, and lush landscaping. 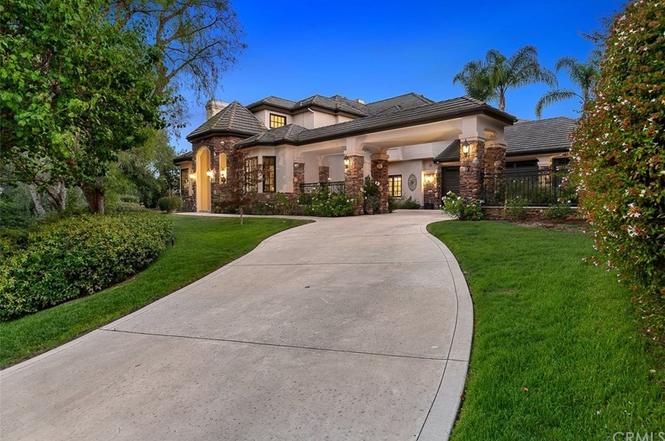 At the front of the home, a wrought iron staircase leads up to the second floor as a number of other rooms branch off from a long hallway, including a formal living, dining room, and main floor office. 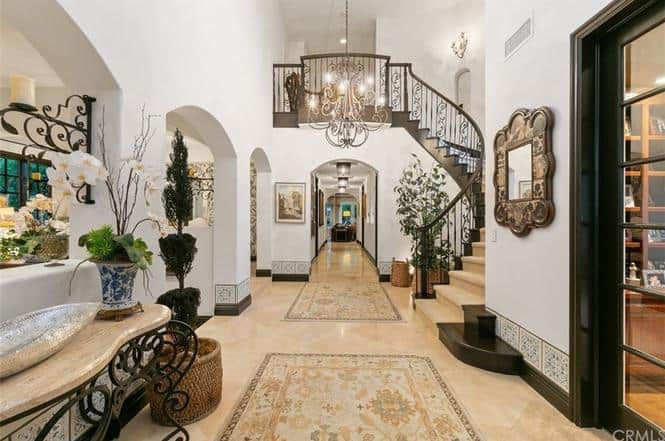 A beautiful chandelier hangs in the foyer.

French-style windows and archways can be seen throughout the home. 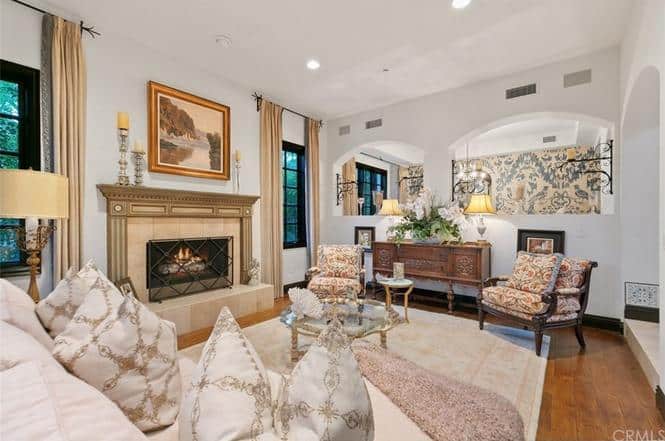 There is a guest bathroom on the main floor, as well as a guest bedroom. 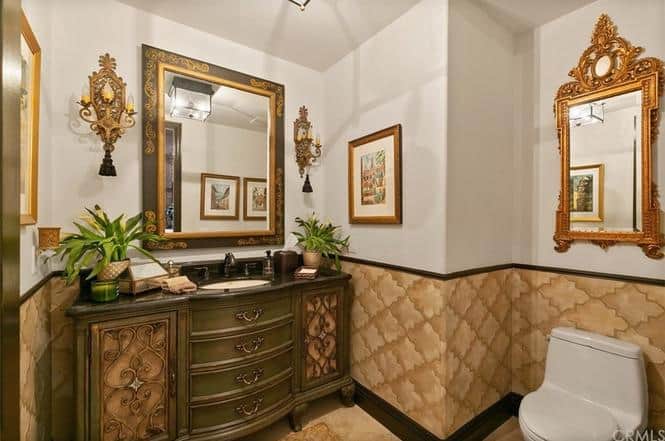 One of Vicki’s bathrooms features gold framing and wallpaper. 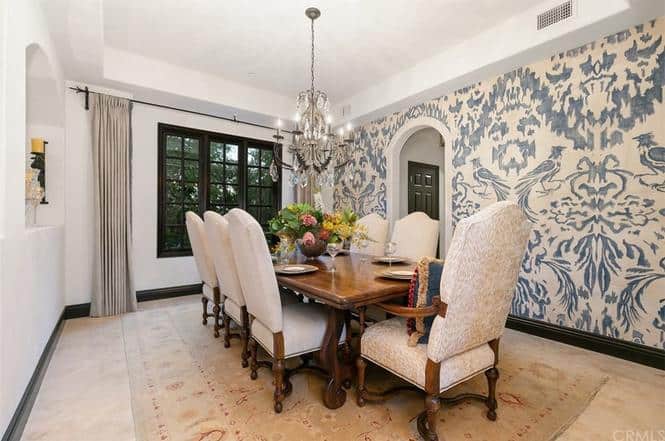 The large kitchen is outfitted with designer details and finishes and includes a breakfast bar, large island, custom countertops, a butler’s pantry, and a double oven.

Outside of the kitchen, opposite of the dining room, a breakfast nook and additional family space can be found. 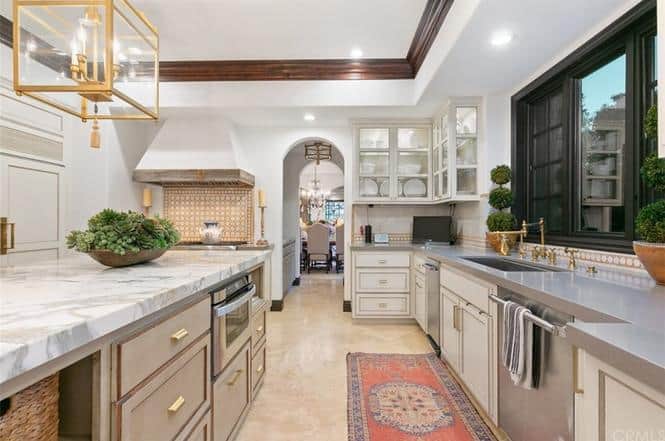 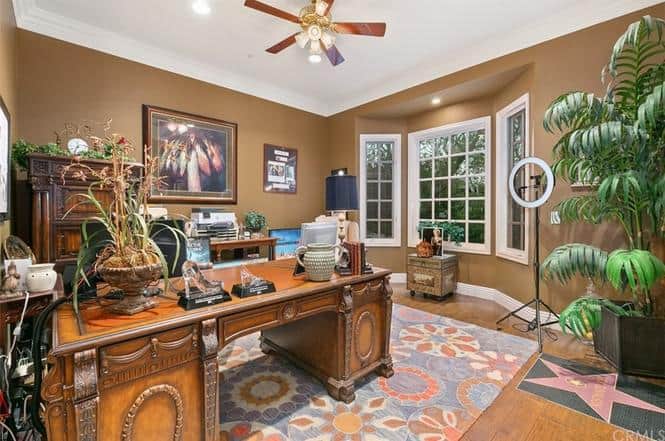 Upstairs are three secondary bedrooms and a master suite, which has been customized with a two-way fireplace and large balcony. 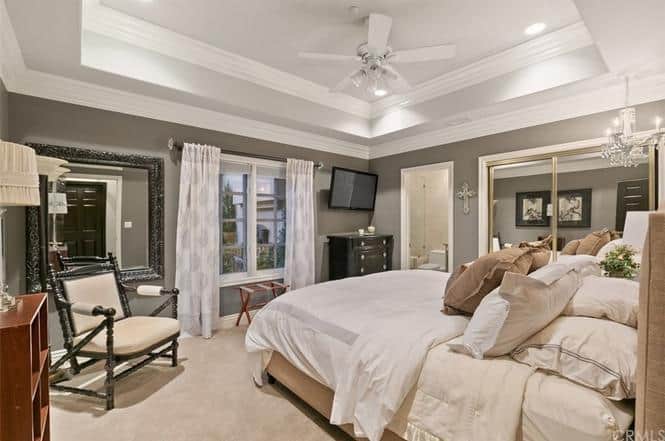 A tray ceiling can be found in one of Vicki’s bedrooms. 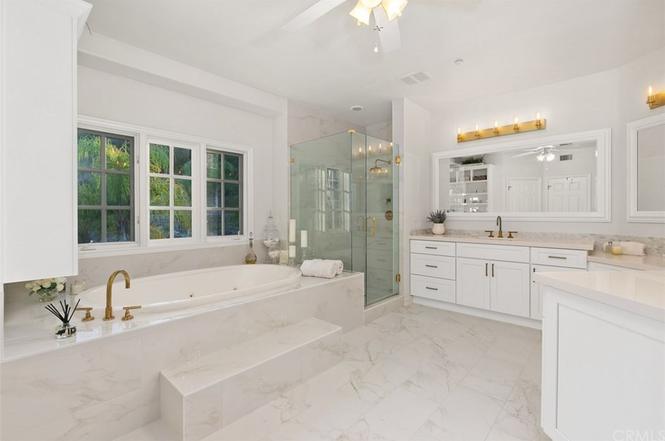 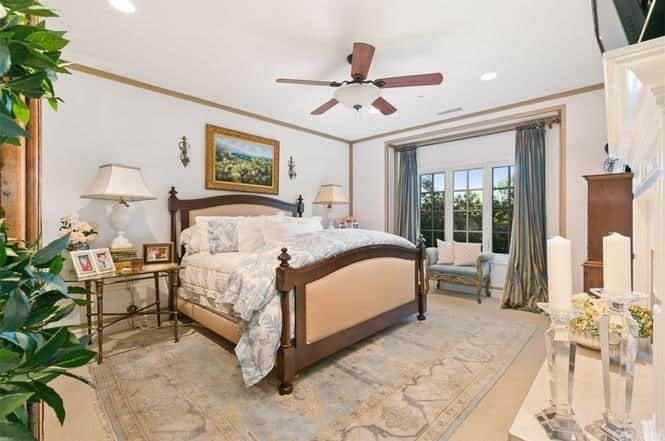 Vicki’s backyard is nothing short of an oasis with a large pool, a waterslide, palm trees, and a patio space. 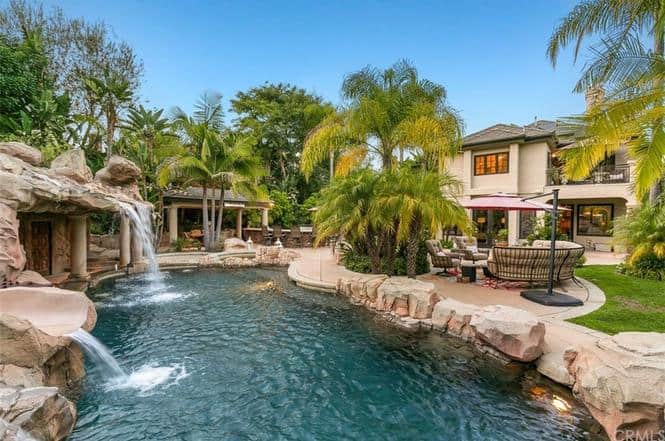 Beside the pool is a grotto, which features not only a bar, seating, and a fire pit, but also a bathroom with a shower.

In addition, an outdoor kitchen includes a BBQ area, a dishwasher, a refrigerator, and an ice cooler. 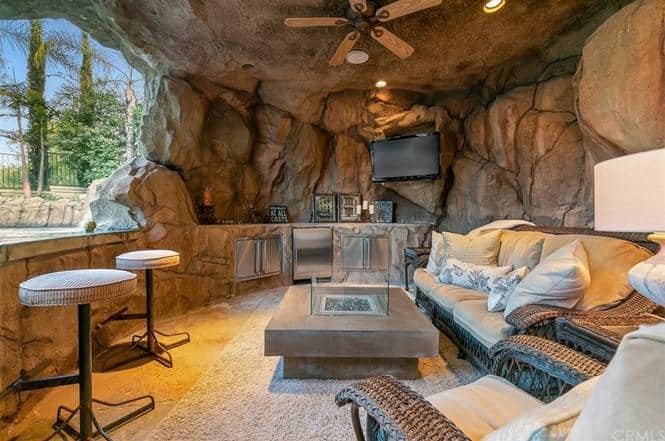 A TV and ceiling fan are hung in the grotto.

Vicki announced her plans to sell her home on Sunday, August 9.

“It is time for me to move on,” Vicki said in a statement to Celeb magazine. “This was not an easy decision to make, as I do have so many memories in this home and I love it so much. I am lucky, though, as many of these memories were captured on the Real Housewives and I will always be able to look back at them.”

Following the sale of the home, Vicki plans to split her time between her new condo in Puerto Vallarta, North Carolina, where her daughter resides, and California, where she will purchase a smaller property.