PHOTOS: Vanderpump Rules’ Brett Leaks Texts and Photos of Abuse He Allegedly Suffered at Hands of Ex Danica Dow, Does Pump Rules Cast Feel ‘Uncomfortable’ Around Danica Due To Her ‘Anger Issues’? 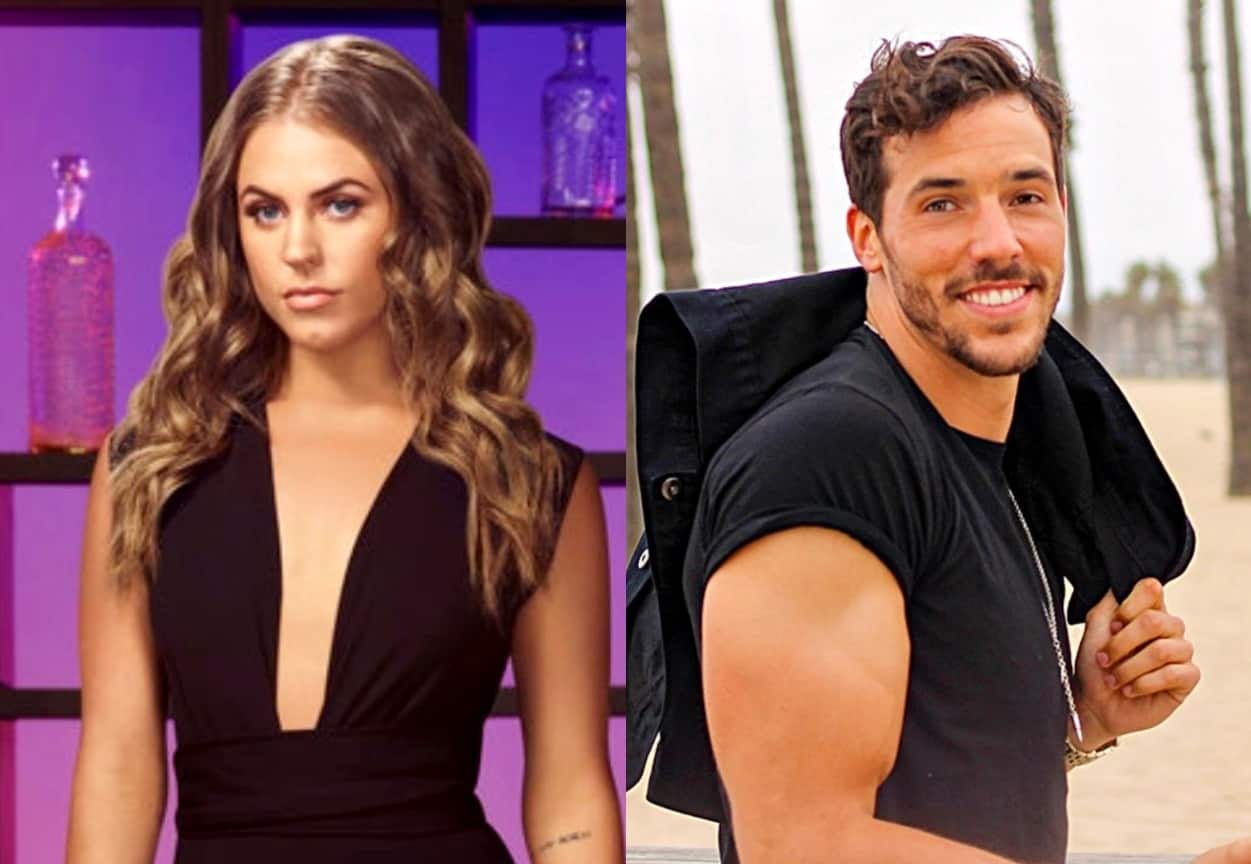 Things are continuing to get messy between Danica Dow and her ex-boyfriend, Brett Willis.

The Vanderpump Rules series regulars’ relationship drama was detailed last week as Danica took out a restraining order against her former beau, alleging verbal and physical abuse and stalking.

Then, Brett took out a restraining order of his own, citing her grabbing and clawing his neck after he refused to clean a dish until an episode of 90 Day Fiancé was over.

In the legal documents, Brett claimed he had photographic evidence of marks and bruises on his body from Danica plus a video of her hitting him mid-argument.

Now, receipts of the photo and video evidence are being revealed to Perez Hilton via a source who claims to be a “close friend” of Brett. The source also shared how the Pump Rules cast “do not feel comfortable around Danica” due to her “anger issues” and her being “extremely violent.”

In the first shared text exchange, Danica apologizes for her actions toward Brett, saying she was “a drunk hot mess” and that she loves him.

Brett then shares a photo of his arm and what appears to be a nasty bite mark.

She continued by begging Brett to not share the information with his friends and professed her desire to “take a break” from drinking. 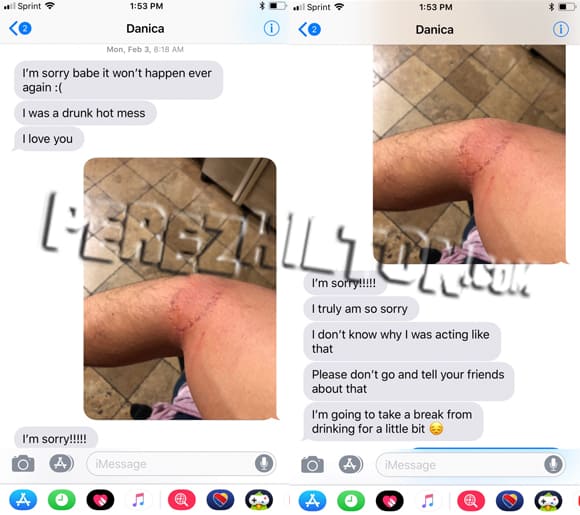 In the following text exchange, Danica attributes her behavior to her excessive drinking. She explains how she doesn’t have “emotional control when under the influence” and apologizes for her actions.

Brett responds to her texts by seemingly talking about the other girl he was seeing when the two were broken up and then condemning Danica’s abusive behavior.

“I’m just a mess and torn up about the whole situation,” Danica explained to Brett in her message. “[I]t’s so fresh and I’m hurt and I’m sorry that I’m taking my hurtness [sic] out on you it’s not right and I’m really sorry.” 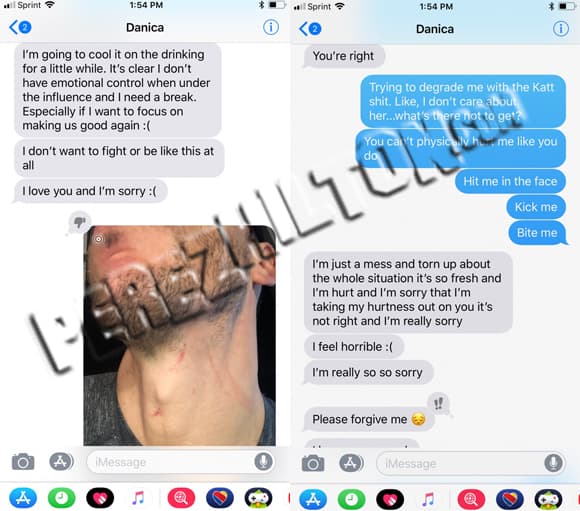 Brett also shared with the source an audio recording in which Danica is alleged to have hit him while also telling him to “shut the f–k up.” Listen to the clip below:

The insider also shared with Perez a video of the Pump Rules season eight premiere party, where Danica was arrested for allegedly assaulting Brett’s date (the two were broken up at the time). Brett claimed in his court filing that his date did not decide to press charges after the incident.

The insider went on to explain how Danica is “trying to play the victim” and “act innocent” in the situation when she was more so the abuser in the relationship.

“[S]he is the one who constantly abused Brett,” they explained. “[Brett] loved her too much and wanted to make it work [despite the alleged abuse].”

The source also noted that they hope the Pump Rules production company, Evolution Media, will take Danica’s actions into account, not wanting the show “standing for domestic violence or abuse.”

“I hope she can find the clarity and light she needs to not harbor so much anger within herself, but in no way should she be given a platform anymore on Vanderpump Rules when her past acts are so volatile and disgusting,” the source said.