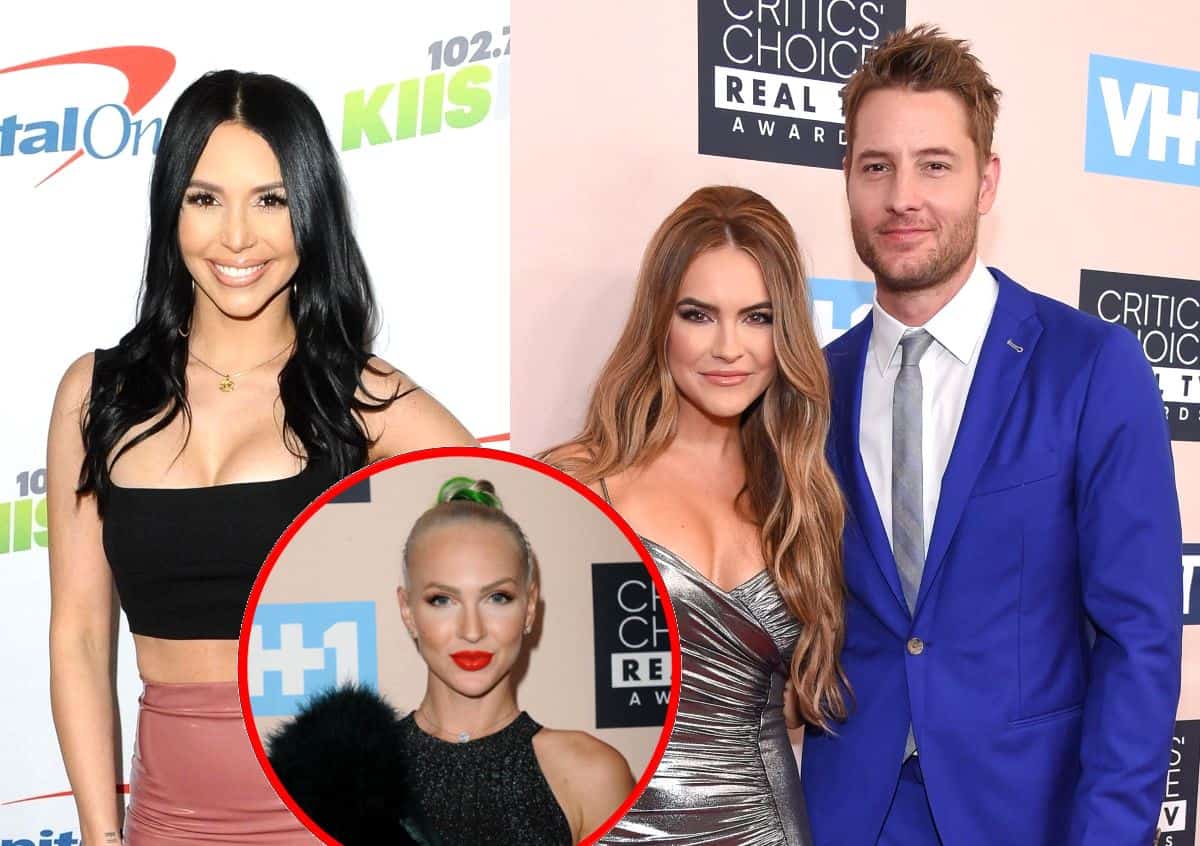 Scheana Shay opened up about her falling out with Chrishell Stause on the latest episode of her podcast.

After Chrishell was seen sobbing over her split from Justin Hartley, which allegedly came out of nowhere, on Selling Sunset, the Vanderpump Rules cast member explained why they are no longer friends before accusing Chrishell of acting as if she’s too good for reality stars and chatting with Chrishell’s co-star, Christine Quinn, about her storytelling and divorce.

“About six years ago, I had just gotten married. I was a fan of Chrishell. I grew up watching All My Children. She was one of my favorites on the show. I guess she watched Vanderpump Rules. This was around season two… like 2013. We were Instagram friends. We had gone back and forth a bit and then we decided to meet up in person. So that’s how we met,” Scheana explained of how her friendship with Chrishell began on Scheananigans.

According to Scheana, she and Chrishell became pretty good friends, and on occasion, they would hang out together with Justin. So, when she learned Chrishell’s dog had been hit by a car, she immediately contacted Justin in hopes of sending her something nice.

“I sent him a DM on Twitter. I said, ‘What’s y’alls new address? I want to send something for Chrishell.’ And he was like, ‘That’s so sweet. Thank you so much. Really tough time.’ And then he gives me the address and he’s like, ‘Hope to see you soon.’ And I was like, ‘Yeah, for sure. Things with Shay didn’t work out but you and my boyfriend, I know you guys will totally vibe. Can’t wait for y’all to meet.’ That was the extent of the conversation. That was it.”

But in Chrishell’s mind, it wasn’t.

“She then twists this conversation… and was like, ‘Oh my God. How embarrassing. Scheana texted Justin talking about how she and Shay aren’t together anymore, trying to bring her new boyfriend.’ It was like, ‘How embarrassing?’” Scheana recalled. “There was nothing weird about the three messages him and I exchanged back and forth. I just wanted to send her an Edible Arrangement and some flowers.”

While Chrishell is now a reality star herself, Scheana said that after Justin hit it big on This is Us, Chrishell didn’t want to be seen with “reality people.”

“We’ve all become friends but now because Justin’s on This is Us, I’m not good enough for you to hang out with?” Scheana asked.

On Selling Sunset, Chrishell’s divorce is continuing to play out. However, while she revealed she learned that her husband was filing for divorce through a text message at the end of last year, not much else was shared and many have been critical about her secrecy.

“That’s the thing that I’ve noticed too,” Christine agreed. “It’s frustrating. I called her out on some stuff that she didn’t own up to that’s on camera. I was like, ‘Can’t you just own up to this?’ And she cut me off. She just cuts people out of her life forever and it was so weird. Girls don’t really hold grudges that don’t have anything to hide.”

Christine went on to say that after seeing how angry Chrishell got when she described Justin as a nice guy, she began to wonder if the nice guy comment went against what Chrishell was trying to portray.

“I guess it hurt her feelings and offended her because she’s trying to paint a picture of him as someone he’s not,” Christine shared.

As for Scheana, she believes jealousy may have played a role in Chrishell and Justin’s breakup.

“I think part of it was when Justin started to gain more fame than she’s ever had,” Scheana explained. “I think there was a jealousy [and] competitiveness. Now she’s not the one on a soap opera, getting recognized, when she goes out to dinner. Now she’s the girl taking the photos of him with fans and she was kind of lost.”