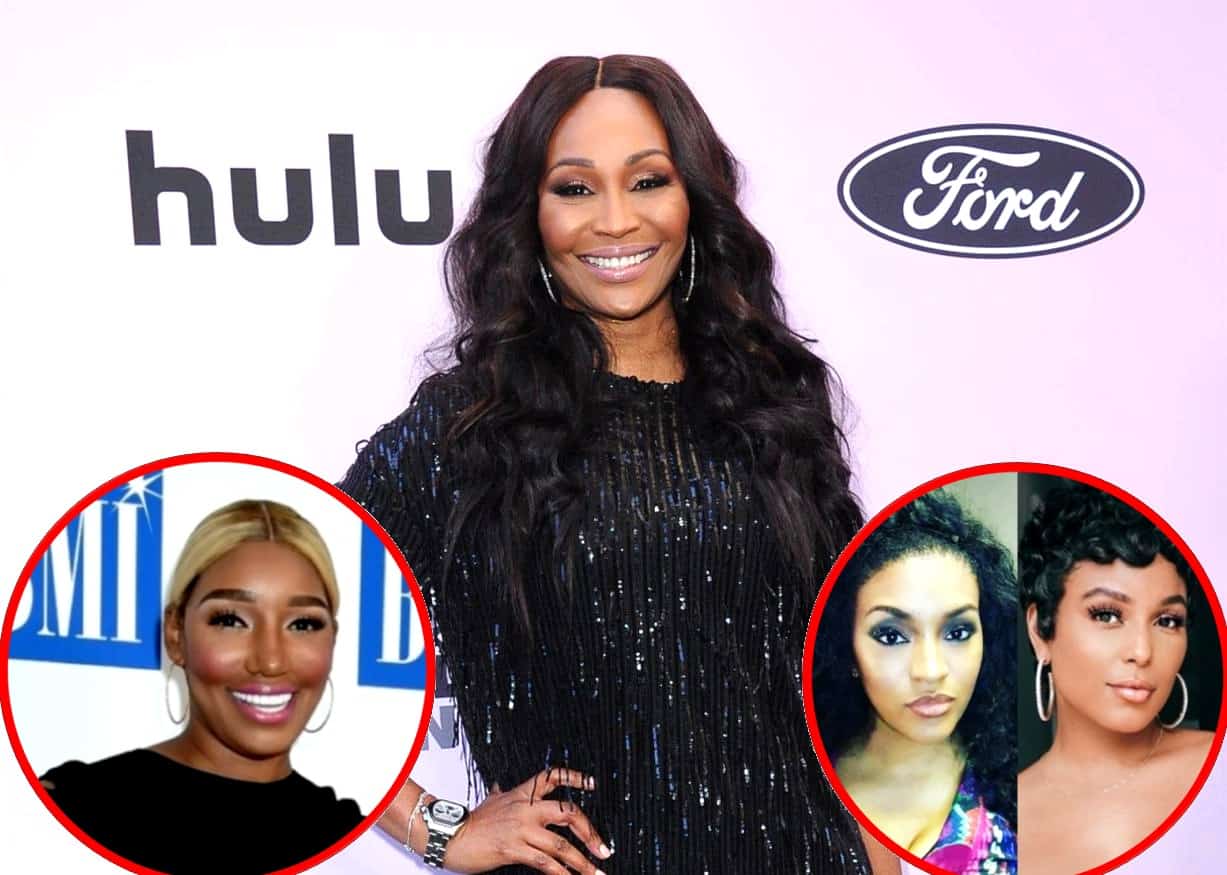 Filming for season 13 of The Real Housewives of Atlanta is underway, and Cynthia Bailey is sharing an update on her relationship with Nene Leakes and reporting back about the new ladies, Drew Sidora and LaToya Ali. So far, so peachy keen!

In a new interview, Cynthia shared that while she and Nene are currently “in a cool place,” she hasn’t seen her co-star.

“I haven’t seen her. I know she’s dealing with some contract stuff,” said Cynthia to Us Weekly. “That’s not my business. I hope they work all that out.”

In addition to the ongoing speculation about series OG Nene and her potential return or potential firing, RHOA underwent some cast changes this year, as Eva Marcille announced her departure and news of actress Drew and YouTube star LaToya (aka “LaToya Forever”) being added made the rounds. Whether or not Nene will be back on the show, former BFF Cynthia seems to be enjoying the new girls on the block.

“So far, I’m liking the fresh meat,”  Cynthia told Us Weekly.  “But it’s still early in the game. So we’ll see, we’ll see. It’s always interesting what happens by the time we get to the end. So I think it’s good that we brought some other ladies in. I’ll always love the ladies that are here.”

RELATED:  RHOBH's Lisa Rinna Says She Wants to "Have Drinks" With Cedric Martinez After He Alleges Infidelity in Lisa Vanderpump's Marriage, See Cedric's Response Plus Rinna Reveals What Was "Great" About the Reunion

Cynthia explained that she didn’t know LaToya prior to filming, but she briefly met Drew a while ago. She does believe that the two women “bring different things” to the show.

“I don’t really know what the age difference is, but LaToya seems to be a little younger. So she’s a little firecracker,” Cynthia shared. “She’s one of those people that says any and everything, but she’s a lot of fun. She can probably be in trouble at the reunion because she says everything. She [is] gonna have some explaining. But I love her spirit. I love her energy.”

Although rumors of Cynthia’s possible firing from the show circulated back in May due to her moving to California to be with fiancé Mike Hill, it seems the 53-year-old former model is still holding on to that peach.

The Real Housewives of Atlanta return date is still TBA.

Nene Leakes Bashes Andy Cohen and Threatens to Sue Bravo For “Discrimination” as She Suggests She Wa...
PHOTOS: RHOA's Kenya Moore Shows Off Her 25 Lbs Weight Gain and Reveals Her Current Weight!
PHOTOS: See Bravo Real Housewives in Their Halloween Costumes! Check Out How Some of Your Favorite H...
In this article:Cynthia Bailey, Nene Leakes, RHOA, Real Housewives of Atlanta, Drew Sidora, Latoya Ali