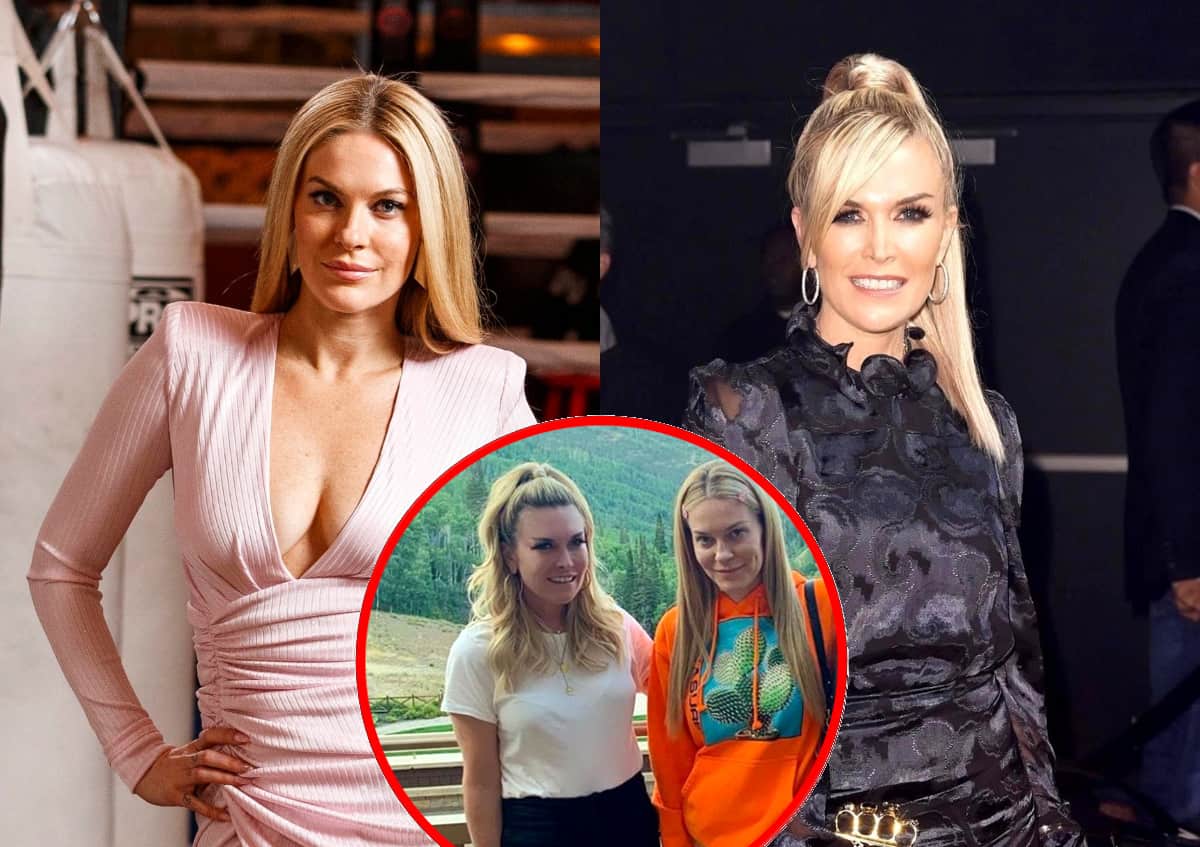 Fans of The Real Housewives of New York City definitely know how much Tinsley Mortimer wants children. Now that the former reality star is living her fairytale in Chicago with fiancé Scott Kluth, there was some recent speculation about whether Tinsley is pregnant after her friend and former co-star Leah McSweeney shared a new photo of them together.

Leah and her daughter Kier have been on a relaxing getaway with Tinsley and Scott this past week in Deer Valley, which is a ski resort area in Salt Lake City, Utah. The group has posted numerous photos and videos, showcasing the incredibly picturesque trip and the seemingly great time they’re all having together.

In one photo of Tinsley, Leah, and Kier, fans in the comments started speculating over Tinsley’s possible pregnancy status, with many asking directly if she was pregnant and some commenting on her weight.

“When did everyone throw body positivity out of the window and start making guesses on if Tinsley is pregnant?” one user demanded. “So rude and none of our business.”

Leah then commented in agreement with the defense of her friend, also squashing any rumors of a forthcoming child in the process.

“It’s insane cus [sic] she is tiny still and people see she gained 1 pound and suddenly they ask if she’s pregnant. Its so nuts,” Leah stated. 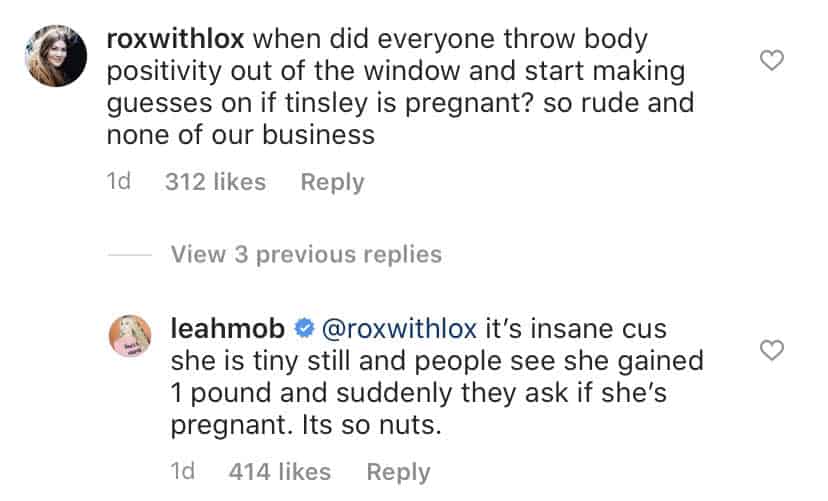 Although she’s not pregnant at the moment, it’s no secret that Tinsley, 45, has wanted a child for some time. While on the show, Tinsley’s egg freezing process was a major part of her storyline and she often talked about how badly she wants kids with the other women.

“No one’s saying I need these things, but I want them,” she told Bravo last year when defending herself against Sonja Morgan, who tried to dissuade Tinsley against pursuing a husband and kids.