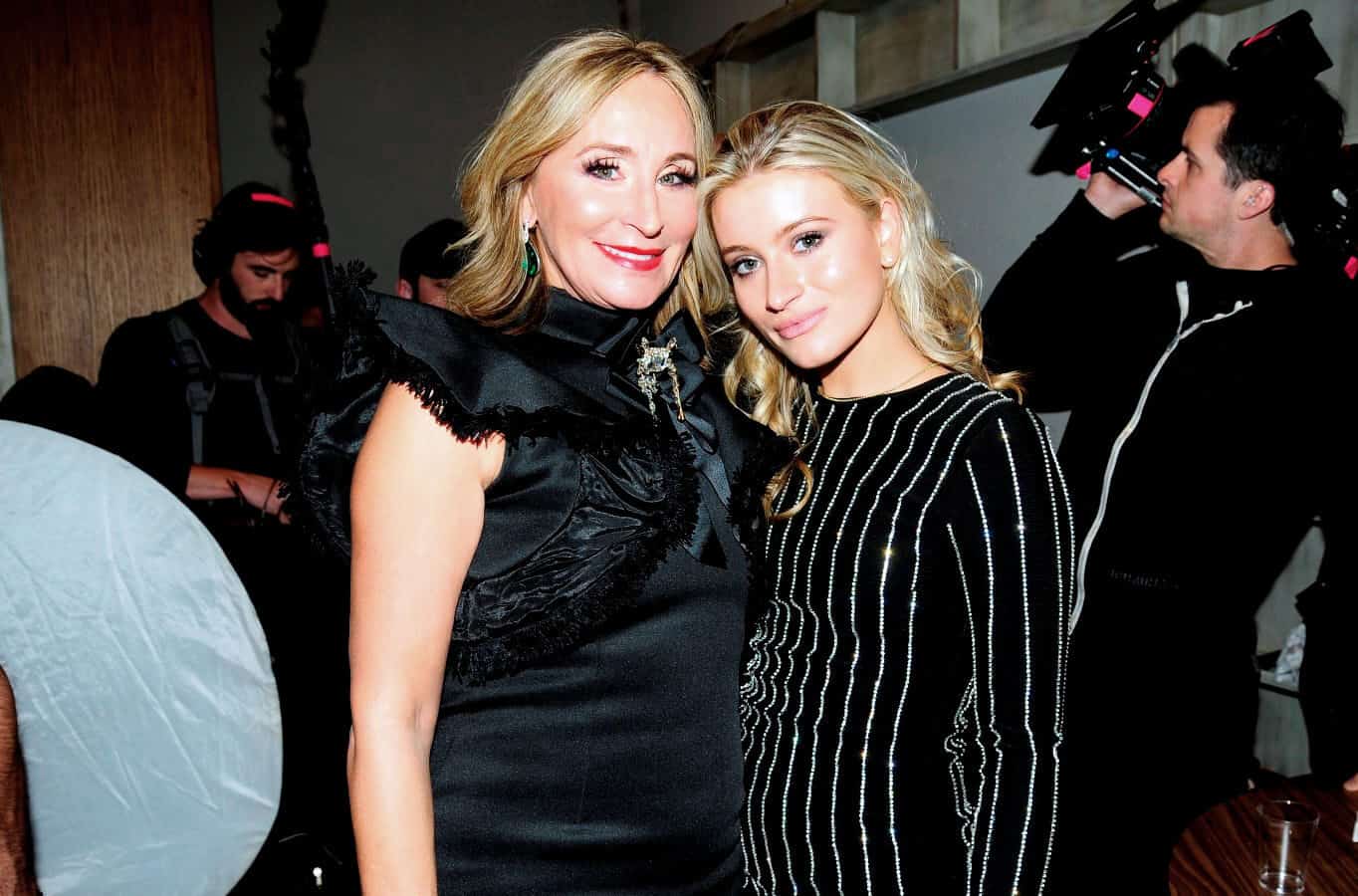 The Real Housewives of New York City star is known to be incredibly private about her only daughter, but she couldn’t help but share a few videos from Quincy’s chic new spot.

“Daughter’s first [apartment],” the reality star captioned an Instagram Story featuring a shot of Quincy’s living room. The room featured some vibrant artwork, a modern-style, curved white floor lamp, and a large letter “Q,” positioned on a credenza, that’s seemingly able to be lit up.

The snap also featured a beautifully designed blue-and-white rug from Ruggable, which Sonja wrote could be “thrown in the wash!”

Peeking out from the left side was a taupe-colored sectional from Arhaus, a piece that Sonja called “a lifetime investment.”

The wide-open windows opened out to the city with plenty of light coming through. A small, blue Buddha statue sits on the windowsill for some serene vibes. 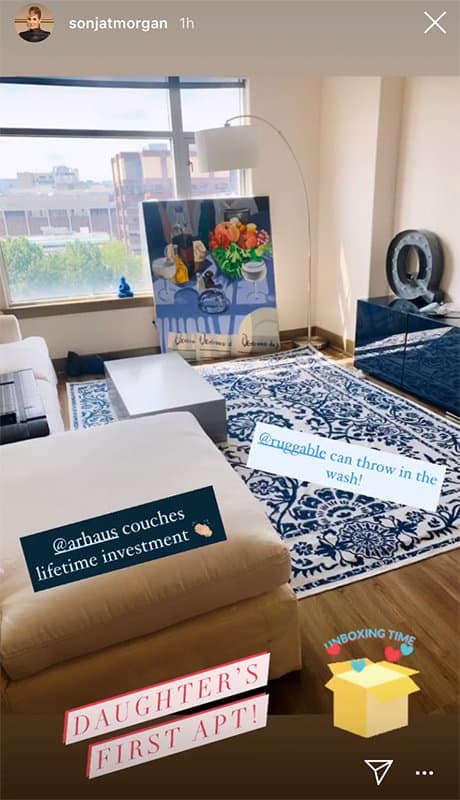 Bravo also reported about an Instagram Story of Sonja and Quincy packing up a moving truck with an abundance of boxes.

“This is enough for a whole house, my darling,” Sonja said in the video according to Bravo Style & Living as she checked out the amount of stuff loaded into the back of the truck. “Look how much she has!”

This is definitely a major moving year for Sonja and her family, as the 56-year-old recently ditched her Columbus Circle apartment and moved back into her Upper East Side townhouse. The historic building is currently on the market for $8.75 million.