EXCLUSIVE: Selling Sunset’s Davina Potratz Reveals What Fans Didn’t See About Her Drama With Mary’s Husband Romain, Plus She Addresses Rumors of a Miami Spinoff 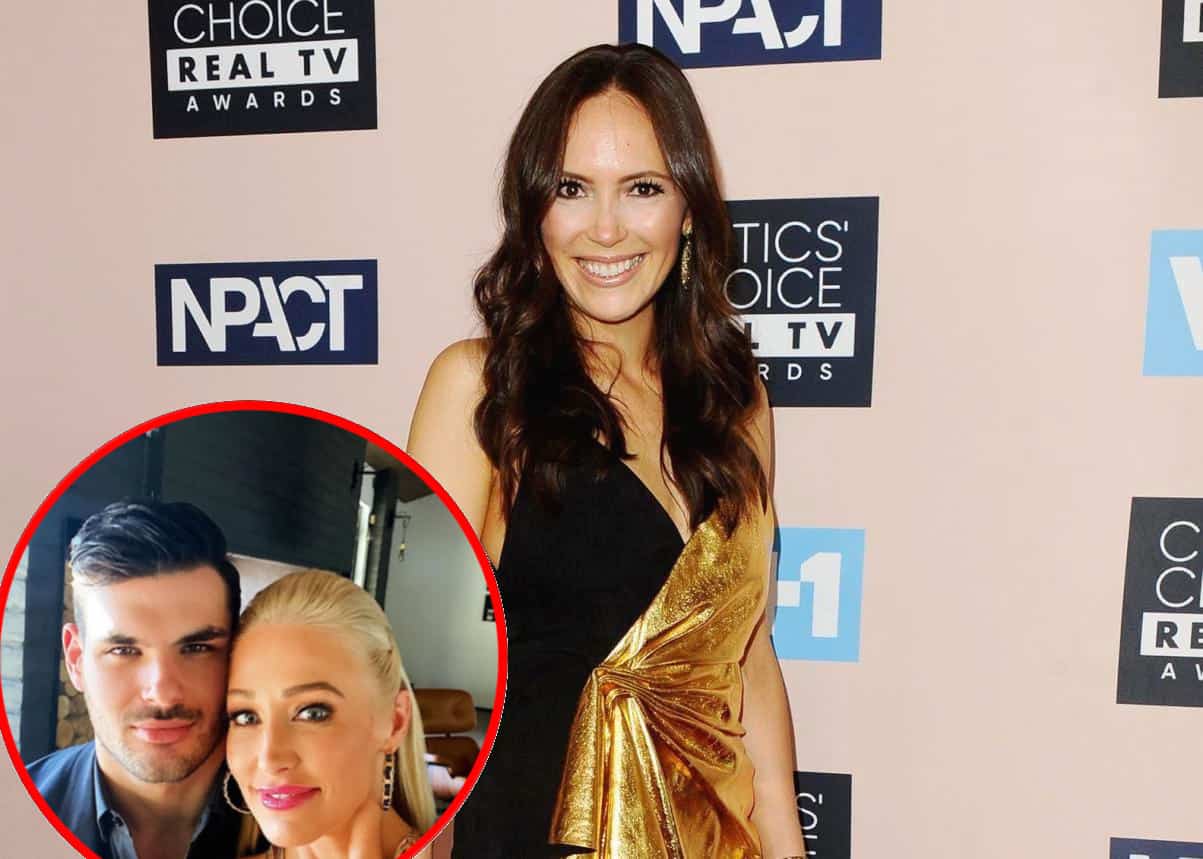 Davina Potratz and her co-stars recently returned to Netflix for the third season of Selling Sunset and during an interview with Reality Blurb, Davina spoke about the drama of the series.

After looking back on her season two drama with Mary Fitzgerald and her now-husband, Romain Bonnet, Davina dished on her current relationships with her castmates, and prompted speculation regarding a spinoff based out of Miami.

“We finished the big scenes in December and then we still had to reshoot some more scenes and interviews all the way through March. We filmed, I think, through March 14… somewhere in there was my last interview. And literally that Monday was when they closed everything down. We barely made it,” Davina said of production on season three, which concluded right before the coronavirus pandemic began to surge.

Because of the shutdowns and restrictions that are currently in place in Los Angeles, Davina and her castmates have been forced to conduct a lot of their business through phone conversations with their clients.

“There is still interest in buying and selling real estate. I’ve been talking to clients and they’re ready to make moves but they’re still a little cautious,” Davina explained.

Moving onto the drama of Selling Sunset, Davina said that when it came to the comments she made about the faux ring Romain presented Mary with when he first proposed, she didn’t intend to offend anyone. Instead, she was simply voicing her concern over the direction her friend’s relationship was heading.

“I just asked [Mary] how she felt about [the ring] because I was concerned about [Romain’s] intentions,” she shared.

According to Davina, there was a bit that was left off of the show when it came to her drama with Mary and Romain.

“Honestly, two days before Mary showed up with her engagement ring at the office, she was crying about a dinner she had with Romain that didn’t go well. So, based on information I had, to me it was red flags,” Davina said. “So I was trying to help her and I felt close enough to her to be able [to do that]. But you’re also being put into situations where you’re asked to comment on things that you may not usually [comment on]. I think I was vilified for that but I never actually judged her ring.”

Also not seen on Selling Sunset was the 30-minute conversation Davina had with Romain about their issues during season two, which made the scene between them far more dramatic to viewers.

“I was genuinely trying [to make up with him during season two]. We talked for 30 minutes. I apologized. He didn’t even acknowledge my apology,” she recalled. “You know how rude it is? You don’t have to accept my apology but you can at least say, ‘Thank you for saying that,’ or something. I got no credit for going up to him.”

Looking back on their on-screen tension, Davina admitted to being surprised by the way in which the storyline blew up.

“I didn’t think it was that big of a deal,” she explained. “I was trying to help Mary and have her look at it from a different perspective. I didn’t understand how it was going to be a pivotal point of the show and that I would be vilified for that.”

While there is certainly a divide between her and Mary, Davina is still close to a number of her castmates, especially Christine Quinn, who had her own issues with Mary during season two due to the comments made by Mary about Christine’s relationship.

“[Christine’s] definitely the closest to me on the cast. I’m also really close to [Maya Vader],” Davina explained. “I talk to her everyday. People don’t really see that. I’m more opinionated on the show. So I don’t know if they don’t want to show too much of that because they’re trying to keep Maya neutral but [you’ll see her have] stronger options on season three.”

Because Maya is currently quarantined and living in Miami, Davina admitted that she isn’t sure how long Maya will continue to be able to work in Los Angeles. Then, when Reality Blurb inquired about the idea of a Miami-based Selling Sunset spinoff to Davina, she told us that if that were to happen, producers would likely have to find more cast members on the east coast.

“The thing is that you can’t just have one person over there. So they might need to have more, I don’t know,” Davina teased.

As for the third season of Selling Sunset, Davina described it as a “really, really good” season and also touched on co-star Chrishelle Stause shocking divorce bombshell which took place during filming.

“My heart goes out to [Chrishelle],” Davina continued of Chrishelle’s split from Justin Hartley in 2019. “It’s really sad that she went through the divorce and it’s heartbreaking and that her mom recently passed away. It’s truly heartbreaking to see. I wish her nothing but the best and I’m so sad for her. But unfortunately, that is on the show so you see a little bit of that. We don’t know what happened. We don’t want to get involved in that at all.”