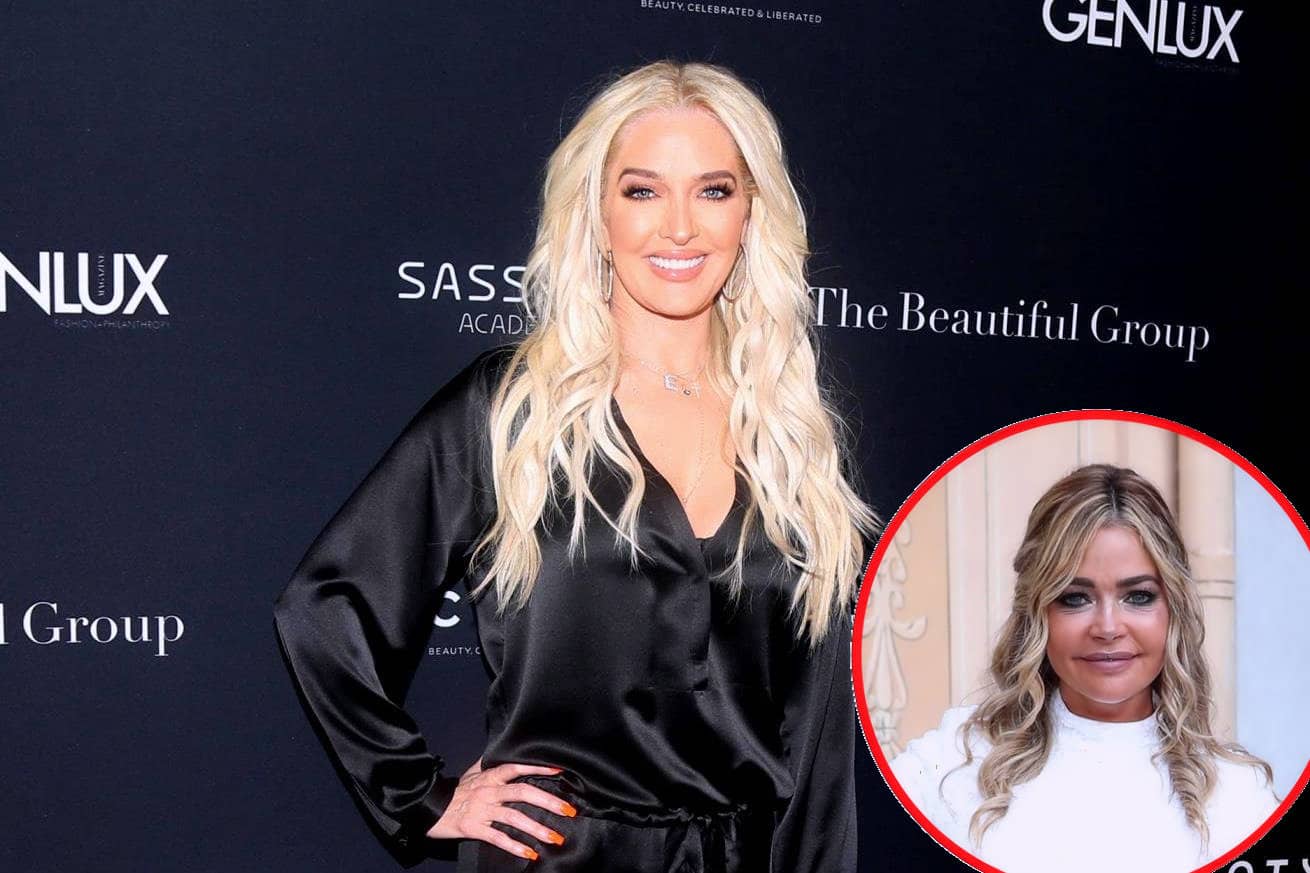 Erika Jayne was annoyed with Denise Richards‘ behavior throughout the 10th season of The Real Housewives of Beverly Hills and revealed the “most frustrating part” of the episodes during a new interview.

On the heels of Denise’s exit from the show, Erika shared her thoughts on the departure and explained why Denise likely struggled with reality television before fueling the rumors regarding Kris Jenner‘s potential addition to the show.

During the RHOBH reunion, Denise acted as if she had no recollection of admitting in a cast confessional that she had trash-talked Teddi Mellencamp and said way worse things than Brandi Glanville alleged.

As fans well know, Brandi was at the center of the drama between Denise and her co-stars after claiming she not only spoke ill of the women but also that the two of them had an affair in 2019. However, when it came to the reunion, she wasn’t invited.

“Had it been any other housewife in that situation, Brandi would have been seated right there to confront her. But she wasn’t,” Erika explained. “It puts us in a weird place because when the Brandi thing comes to light, we as a cast have to talk about it. And we’re dragged into it. Now you’re taking Brandi, who’s an important piece of this story for months now, and you’re not letting her speak.”

When Justin then asked Erika if she felt it was the right decision for Denise to walk away, Erika admitted she wasn’t sure.

“I don’t know. Everybody internalizes this show differently. I would have liked to see her stay, but she has to do what’s right for her and her family,” Erika stated.

According to Erika, she believes Denise may have struggled with reality television due to her career in acting.

“There’s no stop and start. There’s no script. You’re talking off the top of your head. Everything is up for grabs. Everything will and can be used. And you have to be able to live in that space. And there’s no protection from production or the network, or your friends or anyone,” Erika shared, noting that “sometimes you win and sometimes you lose.”

“Everybody looks bad and everybody takes a hit,” Erika continued. “Everybody stumbles and there’s no retakes.”

As for her dream cast member for RHOBH season 11, Erika said she would love to see Kris on the new episodes.

“Come on down Kris Jenner!” she yelled.

The Real Housewives of Beverly Hills season 10 concludes next Wednesday, September 23, with the “Secrets Revealed” episode at 9 p.m. on Bravo.