Home Real Housewives of Beverly Hills News RHOBH’s Teddi Mellencamp Responds to Diss of Living in Dad’s Shadow, Slams Denise for Being “Petty” as She and Kyle React to Claim They ‘Outed’ Denise, Plus Live Viewing Thread!

RHOBH’s Teddi Mellencamp Responds to Diss of Living in Dad’s Shadow, Slams Denise for Being “Petty” as She and Kyle React to Claim They ‘Outed’ Denise, Plus Live Viewing Thread! 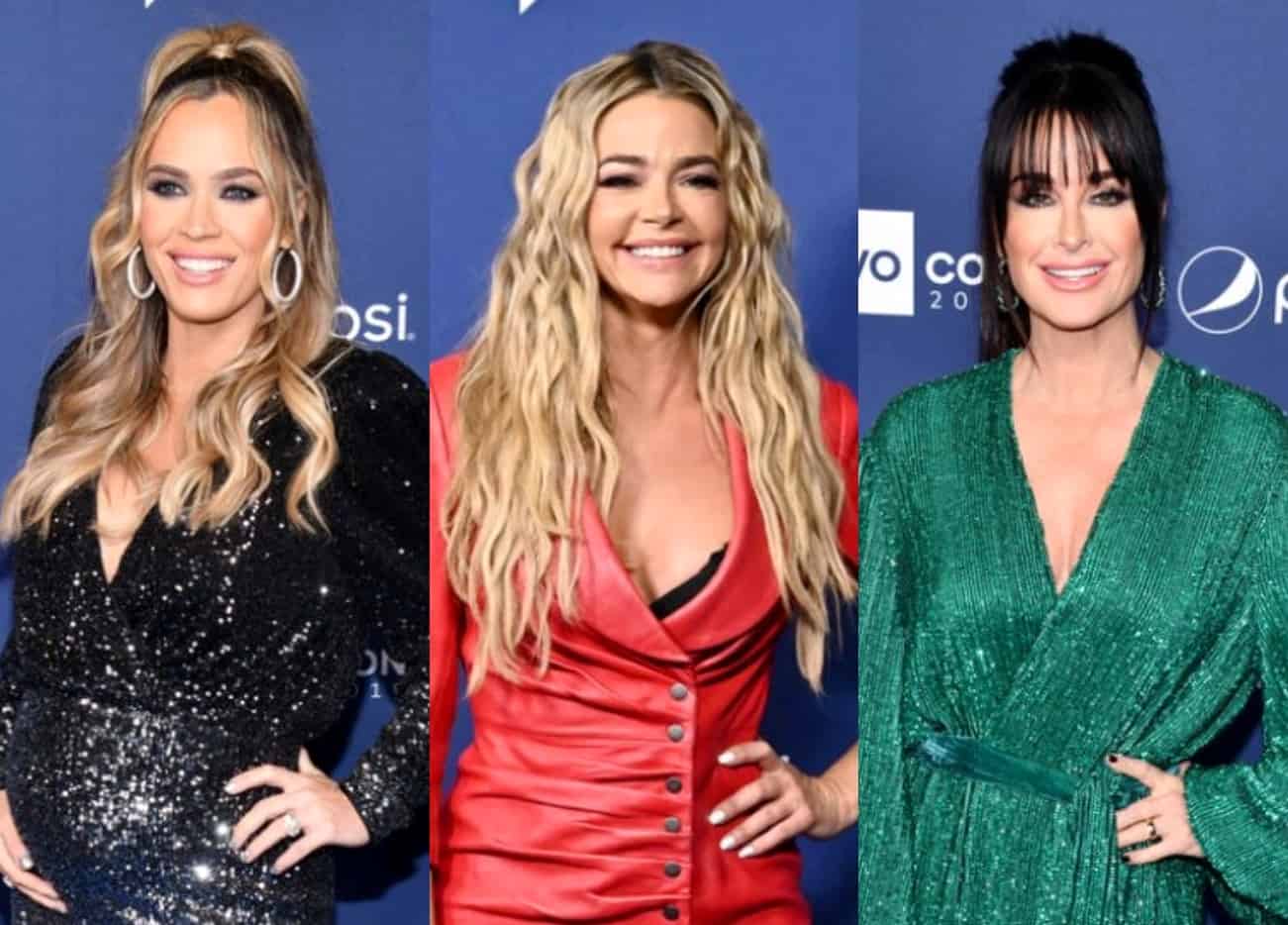 Teddi Mellencamp was allegedly accused of living in her dad John Mellencamp‘s shadow by her Real Housewives of Beverly Hills castmate, Denise Richards. During a recent appearance on Watch What Happens Live, she shared her thoughts on the matter.

While also slamming Denise for the “petty” rumored diss and reacting, along with Kyle Richards, to claims of having “outed” her supposed affair with Brandi Glanville, Teddi revealed if she feels that she’s been living in her father’s shadow and admitted that John has been known to be “so shady” about the events of their reality show.

“You know what? I haven’t [ever felt that I’m in my dad’s shadow]. I’m really proud of my dad,” Teddi explained. “I love him and he’s done amazing things. And I don’t think I’m in his shadow. I think he’s proud of me as well.”

According to Teddi, Denise’s supposed comment seemed to prove that she wasn’t the “chill” chick she claimed to be.

“I think it just went to show that Denise was having these petty conversations where she consistently says, ‘I’m so laid back. I never judge people. I’m so chill.’ But meanwhile, you’re having these conversations with Brandi, bad-mouthing everybody. It doesn’t really matter what she said. It didn’t cut so deep. But it was like, ‘Be honest. Be straight-forward,'” Teddi recalled.

Following the allegations of trash-talking made against Denise by Brandi, Teddi shared a screenshot of John’s reaction to the on-screen drama, in which the singer mistakenly calls Denise by the name “Dennis Richards” and said he’d “never heard of him.” Looking back, Teddi admitted that John isn’t only shady toward her castmates.

“He’s so shady. He’s shady to me every single time,” she shared. “He’s like, ‘How can you ever say that I’m embarrassing when these are the things you’re doing?'”

During another segment of WWHL, Teddi and Kyle fired back at accusations of having “outed” Denise and Brandi’s rumored hookups.

“I don’t think I ever looked at it as outing Denise. I was trying to talk to her about things that she said about us in the group and she kept saying, ‘I don’t even talk to Brandi,’ and then all of the women, including Denise, were like, ‘Just say it, say it.’ And that’s how it went down,” Teddi shared.

“Even if you say something privately, it becomes a group conversation anyway. So we can pretend it’s just going to be just between one other person, but it never is,” she added.

As for Kyle, she pointed out that the topic had already been brought up “on camera” before noting that Brandi was brought back into the fold on RHOBH due to her friendship with Denise, not herself or Teddi.

“It’s very difficult when personal things come up and unfortunately, that is the downside of reality television,” Kyle explained. “When Teddi and I were told that information, it was such an ‘Oh my God, what are we going to do?’ moment because we can’t just let the audience see that and then it’s done. It’s going to come up.”