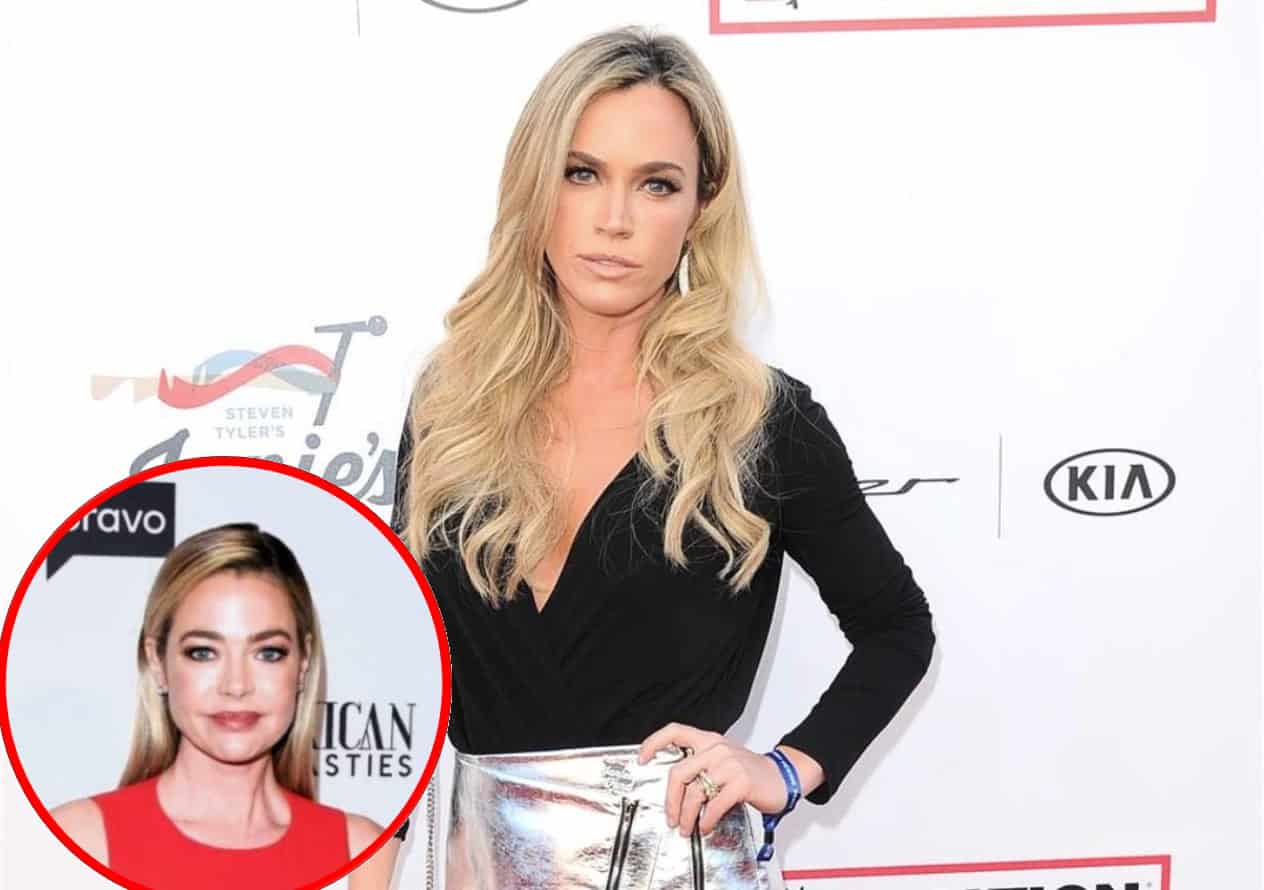 Teddi Mellencamp admitted to being a ‘pot stirrer’ on her Instagram Stories on August 11.

Amid the backlash she’s received for confronting Denise Richards about rumors of an affair with Brandi Glanville during a cast dinner in Rome on The Real Housewives of Beverly Hills, Teddi revealed why she has a habit of stirring the pot before explaining her decision to mention the reports and insisting that she hasn’t changed since she joined the series in 2017.

“And it was already out there,” she added of the affair allegations, which were first brought up on the show by Brandi. 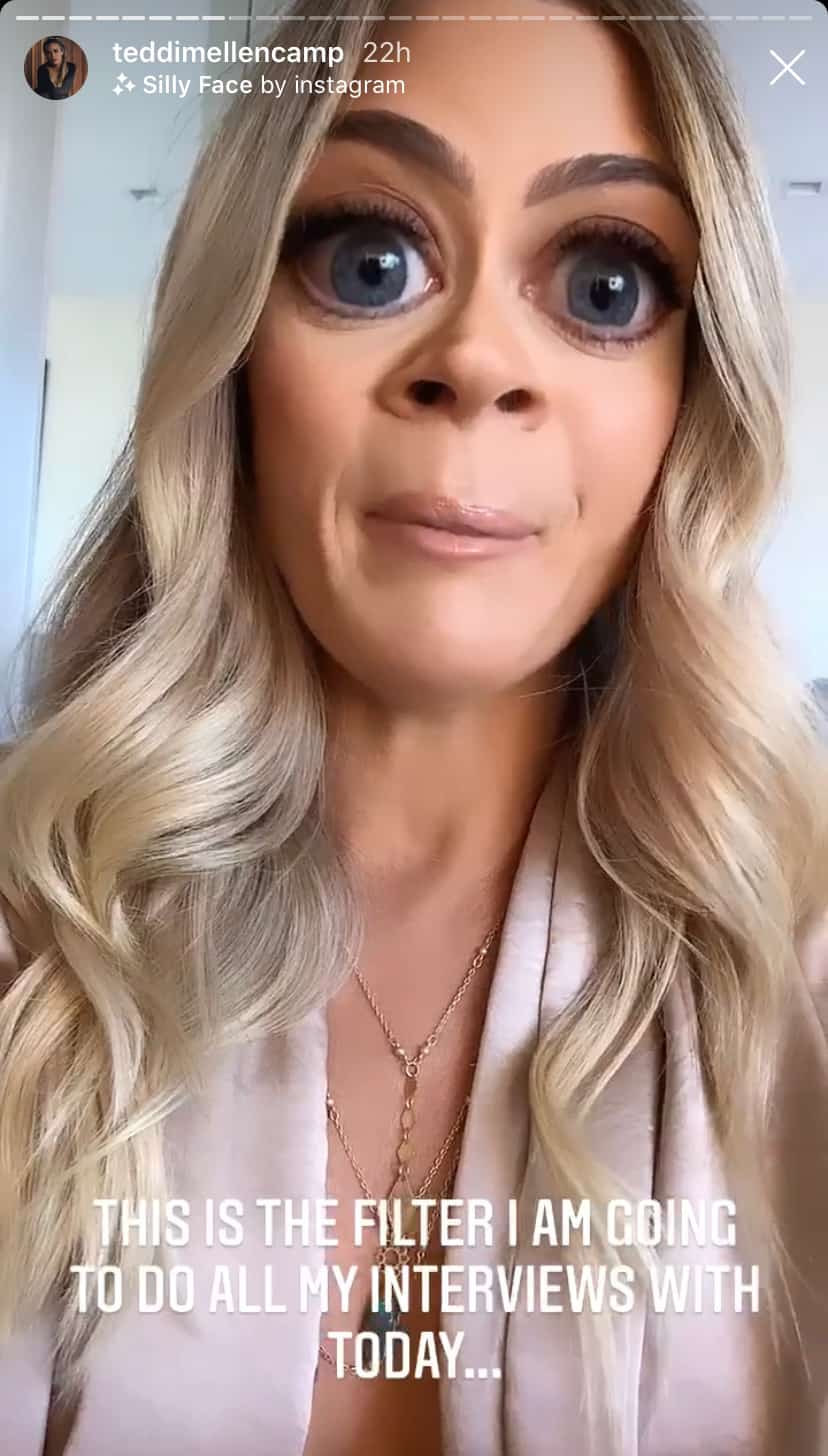 As for her potentially evolved look, Teddi said that despite the many suspicions of RHOBH fans, she has not done anything to change her look in recent years and still uses the same team to get glammed up.

“To answer your questions, I haven’t changed since season one,” Teddi told her online audience. “[I’ve had the] same glam the entire time.”

“Nothing has changed,” she continued as another filter featured her with extremely heavy eye makeup and dark lipstick. 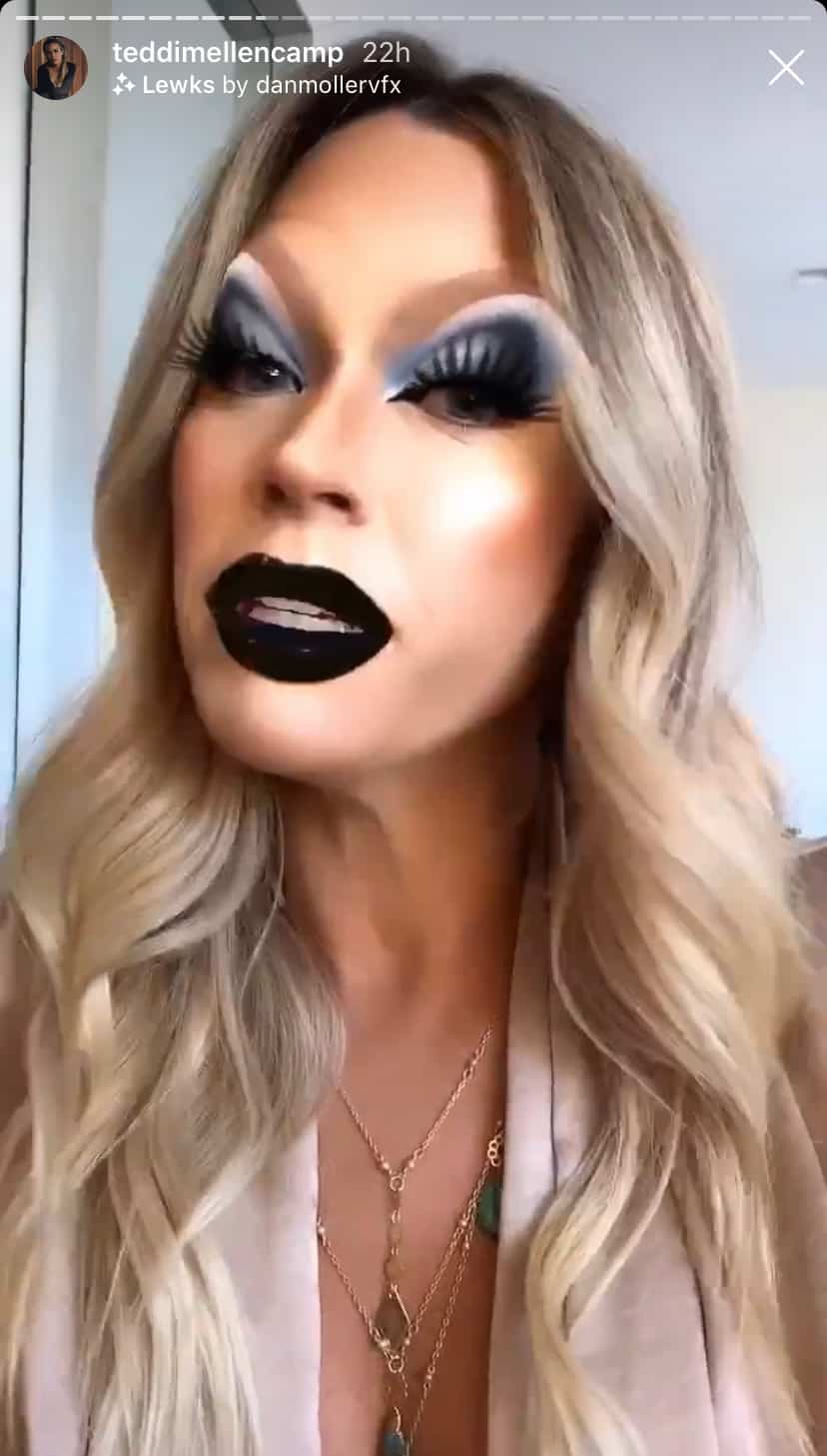 Last week, after she was seen mentioning the potential hookups of Denise and Brandi on RHOBH, Teddi responded to a fan on Instagram who pointed out that the supposed romance that took place between her castmates, which Denise denies, was none of her business.

“Sometimes in life we are going to look bad. That’s reality. If I made every decision on what I thought the audience would think of me versus being authentic I wouldn’t like myself very much,” Teddi replied.

Then, after a second person said the matter wasn’t appropriate for Teddi to discuss, she offered a second response.

“It was brought up on camera already to me so it’s ‘already out there,’” Teddi explained. “I wasn’t told something in private and then brought it up to the group on camera.”