Home Real Housewives of Beverly Hills News Andy Cohen Addresses if Teddi Mellencamp’s Business Backlash Led to Her Exit From RHOBH as He Reacts to Her Departure, Plus He Applauds Her “No BS” Exit Announcement

Andy Cohen Addresses if Teddi Mellencamp’s Business Backlash Led to Her Exit From RHOBH as He Reacts to Her Departure, Plus He Applauds Her “No BS” Exit Announcement 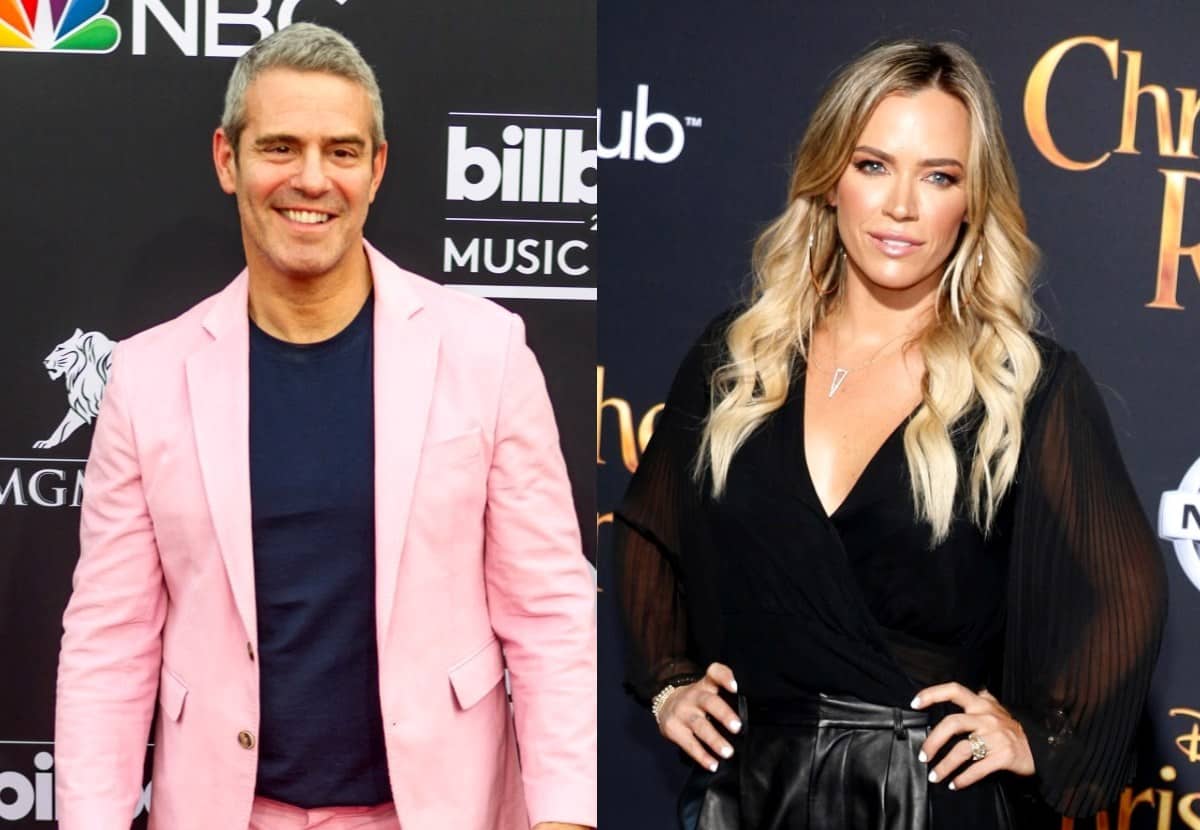 Andy Cohen addressed Teddi Mellencamp‘s exit from The Real Housewives of Beverly Hills on the latest episode of his SiriusXM radio show.

Less than 24 hours after Teddi officially confirmed she was fired after three seasons and would not be back for season 11, Andy revealed if the controversy surrounding her All In business had anything to do with Bravo’s decision against renewing her contract before applauding the way in which she came forward with the truth about her exit.

“There’s a whole controversy online about her business that’s going on [and] I do want to say, people are speculating that the online chatter about her business led to her dismissal. And I just want to say, because I think it’s important, that one had absolutely nothing to do with the other,” Andy said during the September 23 episode of Andy Cohen Live.

According to Andy, he knows nothing about Teddi’s accountability business but has heard good things from Jeff Lewis.

“I was tuning in [to Jeff’s radio show] the other day and they were talking about it. I remember them saying they went through the All In program and they did not have bad things to say about it. I think they said they were hungry, but he said that program taught him how to order food in restaurants,” Andy revealed.

Moving on to the way in which Teddi quickly came forward with her firing from RHOBH and didn’t offer a vague or untrue account of how she and Bravo parted ways, Andy said he was a fan of her announcement.

“Teddi Mellencamp released what I thought was one of the most, no BS, ‘I’m leaving’ announcements on record,” he declared. “I thought that was really good. She’s an accountability coach. So she checked herself.”

Andy went on to say that 2020 hasn’t been the best to Teddi, or anyone.

“There are not many people for whom this year has been a good year, but [Teddi] had some major health stuff with her kids. So I was watching [her announcement] thinking, ‘Wow, she’s been through it health wise with her kids [and] now this,'” he stated.