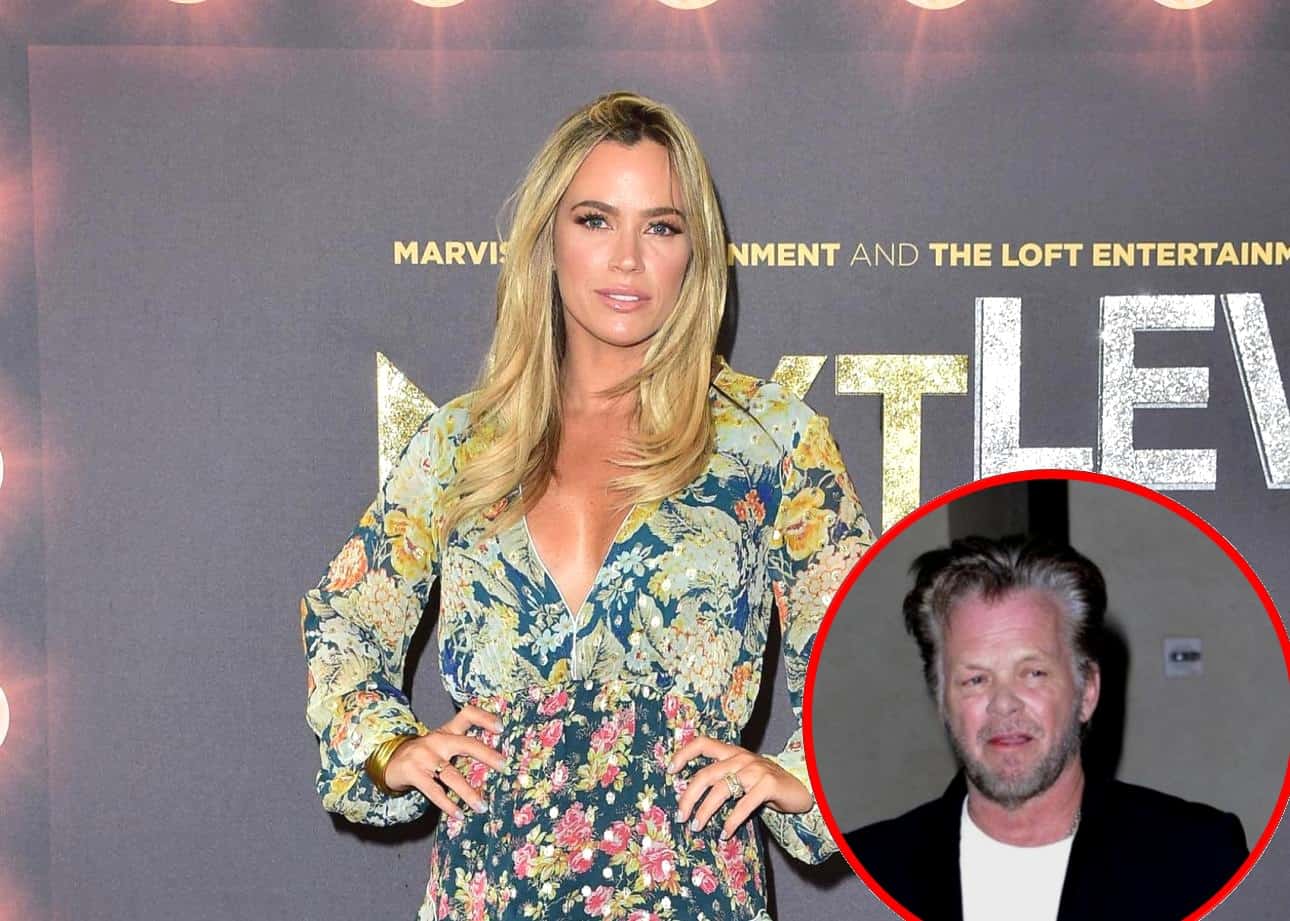 After a fan on Instagram suggested that the Real Housewives of Beverly Hills star had kept the name in an effort to continue living in her dad’s shadow, as Denise Richards allegedly accused her of doing during season 10, Teddi explained her decision to keep “Mellencamp” and confirmed what her full name is today.

“Quick question, [because] everyone keeps saying it over and over so I’m just gonna straight ask you [because] I’m sure there’s a reason – why did you keep the Mellencamp if you don’t want to live in your father’s shadow when you got married?” the fan asked on Instagram.

“Mellencamp is my middle name as well as my sisters. It’s out of respect to our history. If you look on my profile you will see my name is Teddi Mellencamp Arroyave,” Teddi replied.

After Teddi’s explanation was shared, one fan experienced some confusion.

“So.. your name was Teddi Mellencamp Mellencamp before your got married?” they wondered.

In response, Teddi revealed that her middle name used to be “Jo” but was changed to “Mellencamp” after she got married.

“[Obviously] not. My name was Teddi Jo Mellencamp. When I got married I dropped the Jo,” Teddi replied, along with a series of laughing-while-crying emoji. 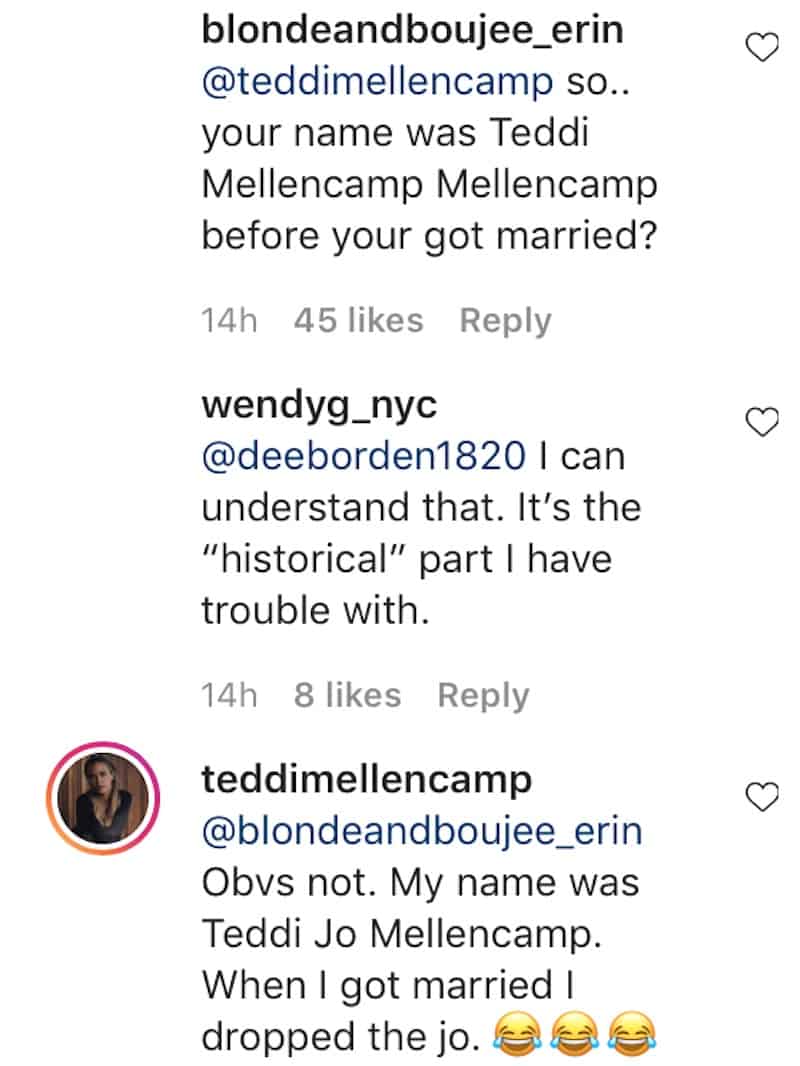 After Brandi Glanville accused Denise of saying Teddi was living in her father’s shadow earlier this year on RHOBH, Teddi responded to the “cheap shot” during a taping of the After Show.

“I wasn’t shocked that [Denise] had been saying things about me. I was just shocked at the things that she actually said,” Teddi explained. “The last thing I do is try to live in my dad’s shadow. I’ve worked my entire life. Since I was 17 years old have been working out here. I started in the mailroom at CAA. I’ve worked my butt off and I am really proud of myself.”