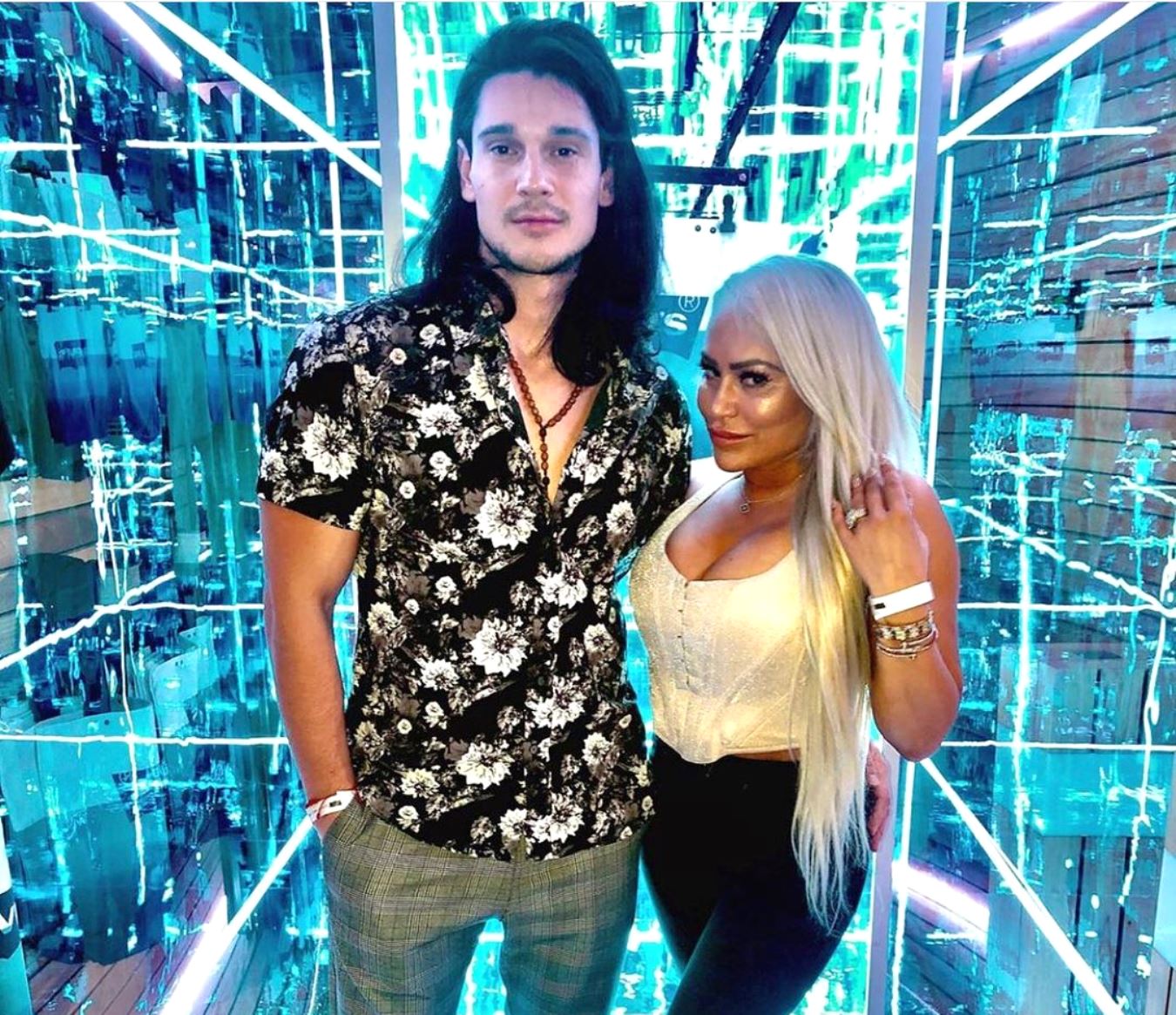 The 90 Day Fiancé star went through the love ringer many times while on the show, but she has met her match in boyfriend Georgi Rusev, and she accepted a proposal from the 32-year-old in June.

“I still feel newly engaged. I haven’t been able to really celebrate it yet with everybody. I want to be able to shout it to the world,” Darcey, 46, told PEOPLE magazine on October 14. “It was definitely a total surprise for me. Georgi and I have a very deep connection, and I feel like in that moment I was not expecting it at all.”

The couple, who met on social media, officially connected in-person in Miami, Florida during Super Bowl weekend. They noted that the connection was “instant,” like that “feeling of home.”

The pair’s love story was also documented on the 90 Day spinoff, Darcey & Stacey — which Darcey appears on with her sister Stacey Silva — as the two moved in together when the pandemic hit earlier this year. Close living quarters then made it difficult to arrange a surprise proposal as Georgi, a masseuse from Bulgaria, planned. He noted it was “really hard” to “find the ring, make calls, make the reservation for the boat, for dinner.”

Ultimately, he pulled it off, and the two couldn’t be happier.

“The most important [thing] is we understand each other and we have each other’s backs. We feel very secure with each other,” he stated. “Everybody’s going to have their issues from time to time, but if we can communicate and talk through that, that’s what I’ve always wanted in a relationship.”

After she said “yes” to her future husband, Darcey was quick to call her teenage daughters, Aniko and Aspen, with the news.

A post shared by Darcey & Stacey on TLC (@darceyandstaceyfans)

“They mean the most to me, and Georgi knows they come first and foremost in my life. He accepts them and me as a mom, and they get along very well,” she said. “We already kind of feel like a little family unit.”

As for their preferred locale, Darcey noted her idea of a beach or destination wedding with an “intimate” setting. She’s already keen on making a vision board for the occasion.

“I want family involved, his side of the family and loved ones from all over,” she remarked. “Maybe something intimate, beautiful and romantic here in the States first and then [abroad] as well at some point.”

She went on, “I’ve always wanted a partner in life where you can raise each other up and not shoot each other down. I decided the next relationship I got in, I would say what I want. We’re able in the end to work it all out, rise above and stay strong for the love that we know we share because our future is so great.”