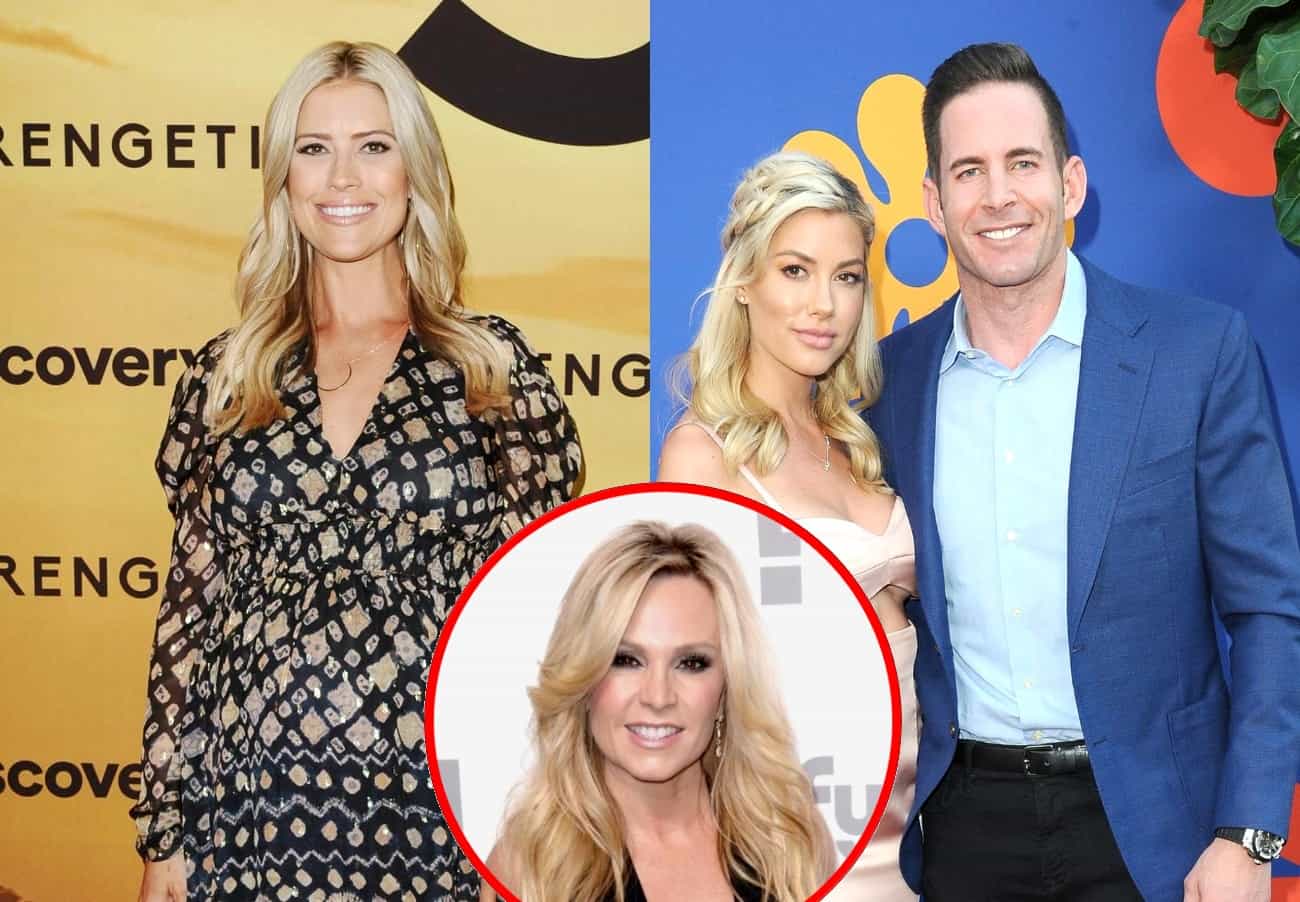 Heather Rae Young and Tarek El Moussa have decided on the guest list for their upcoming wedding.

While preparing for the ceremony, the Selling Sunset and Flip or Flop stars concluded it was best to leave out their former flames, including Tarek’s ex-wife and Flip or Flop co-star, Christina Anstead.

“No, no exes at the wedding,” Tarek told Entertainment Tonight, noting that they intended on having an intimate ceremony. “Small, less distractions, more intimate, better conversations with the people around us. You know, we just think smaller is better.”

Heather chimed in to say that they were planning for “sometime summer 2021” for the date as Tarek revealed they were currently undecided for the location.

“Right now we’re in between Cabo and California, so we don’t know where it’s gonna be, but it’s gonna be one of those places,” Tarek shared.

Heather further revealed that she had already chosen her wedding colors and her wedding dress for the big day. Although Christina won’t be in attendance, the couple expressed how they did want Tarek and Christina’s two children, Taylor, 10, and Brayden, 5, to be a part of the event.

In addition to planning their upcoming wedding, Tarek and Heather have been busy hanging with their new pals, former Real Housewives of Orange County star Tamra Judge and her husband Eddie Judge.

Tamra shared the Instagram photo on October 13, showing her and Eddie posing with the couple for “dinner” in Newport Beach, California.

“Dinner with the most amazing down to earth people @heatherraeyoung @therealtarekelmoussa ❤️❤️ #hgtv,” wrote Tamra.

The post proposed some cause for speculation, considering Tarek and Heather’s reality TV careers in real estate and Tamra’s new ventures in the industry.

Following her exit from the RHOC, Tamra shared earlier this year how she renews her real estate license “every [four years] because you never know.”

To take the speculation even further, Tamra responded to a user who commented on one of her posts, hinting at the idea of a future show, as Real Housewives Franchise posted.

“Would love to see you do a real estate show!” one fan exclaimed.

“In the works,” Tamra simply responded.

In August, Tamra shared more details about her real estate career, potentially hinting at a real estate-reality TV crossover in some of the details.

“I signed up with a luxury real estate agency called … you might even know John McMonigle, he’s been on Bravo before, he’s been on Housewives, Real Estate Wars. He has a beautiful office in Corona del Mar called Agent Inc. and my girlfriend works there and she talked me into it,” she revealed at the time. “She’s like, ‘real estate is booming right now, I don’t know why you’re not jumping into it.’ I was like, okay, I knew there was a reason why I kept my real estate license active!”