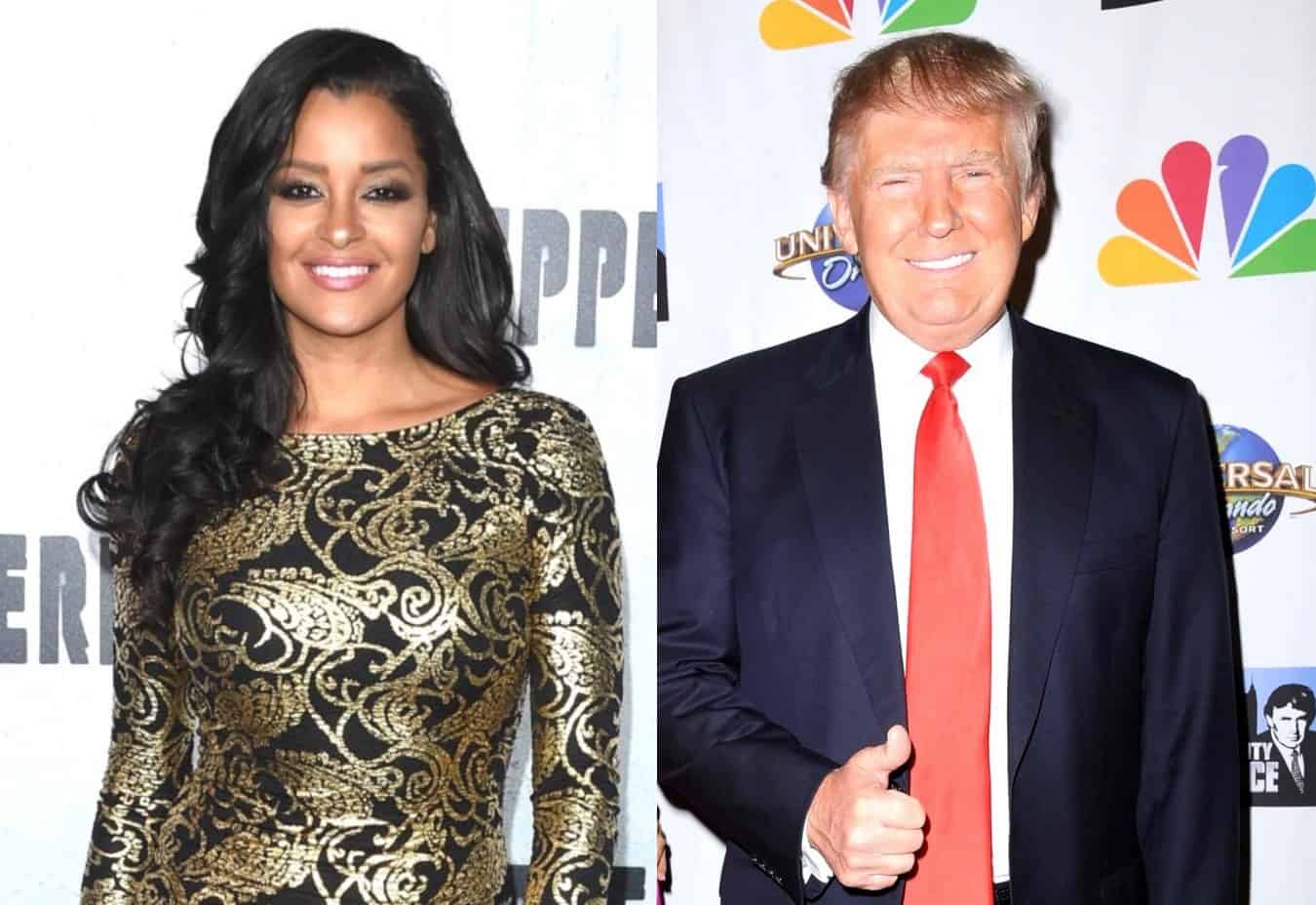 Claudia Jordan unleashed on Donald Trump during a recent interview.

In addition to accusing the President of attempting to hook up with her on multiple occasions while married to wife Melania and suggesting he tried to convince her to stop dating Black men, the former Real Housewives of Atlanta cast member slammed him for turning his back on the late John McCain and addressed rumors of an affair between Donald Trump, Jr. and Aubrey O’Day.

“He tried to kiss me one time… Was it once? Twice… and I had to remind him he was married [to Melania],” Claudia alleged during the October 14 episode of the Behind the Velvet Rope with David Yontef podcast. “I was like, ‘You are not putting that tongue in my mouth. This is not going to happen. Absolutely not.’ Everyone knows he cheats on her and so does she. That’s why her bracelets and diamonds are so big.”

Claudia starred alongside the President on Celebrity Apprentice in 2009 and also appeared on the series’ All-Stars season in 2014.

“The year leading up to [Celebrity Apprentice] he was trying [to get me to stop dating Black men],” Claudia claimed of the time she spent with Trump.

Trump also spoke to Claudia about politics during their time together as he mentioned his support of both John McCain and former President Barack Obama.

“So to go from that to now, Barack Obama is like damned to the devil in his book now. And the way he turned on John McCain, I was like, I wanted to scream sometimes watching the news,” Claudia continued. “First of all, you never said anything negative about Barack Obama to me. You said he was a good guy. And the only reason you supported McCain was because he was your friend. And then to go from that to damn near having to twist his arm to lower the flag when McCain passed, it was pretty sad to see that.”

As for the President’s sons, Don Jr. and Eric Trump, Claudia said they were “always pretty polite” before commenting on Don Jr.’s alleged affair with their Celebrity Apprentice co-star.

“I can’t confirm because I wasn’t in the room but people in production did tell me that there was some activities going on. He was definitely hollering at her,” Claudia stated.

Claudia joined the Real Housewives of Atlanta cast in a full-time role in 2014 for season seven and appeared on season eight in a guest role.