Perez Hilton Suggests Andy Cohen Stole His Idea For a TV Show, Explains Why He’s Not Suing Him or Bravo as He Discusses Feud With WWHL Host 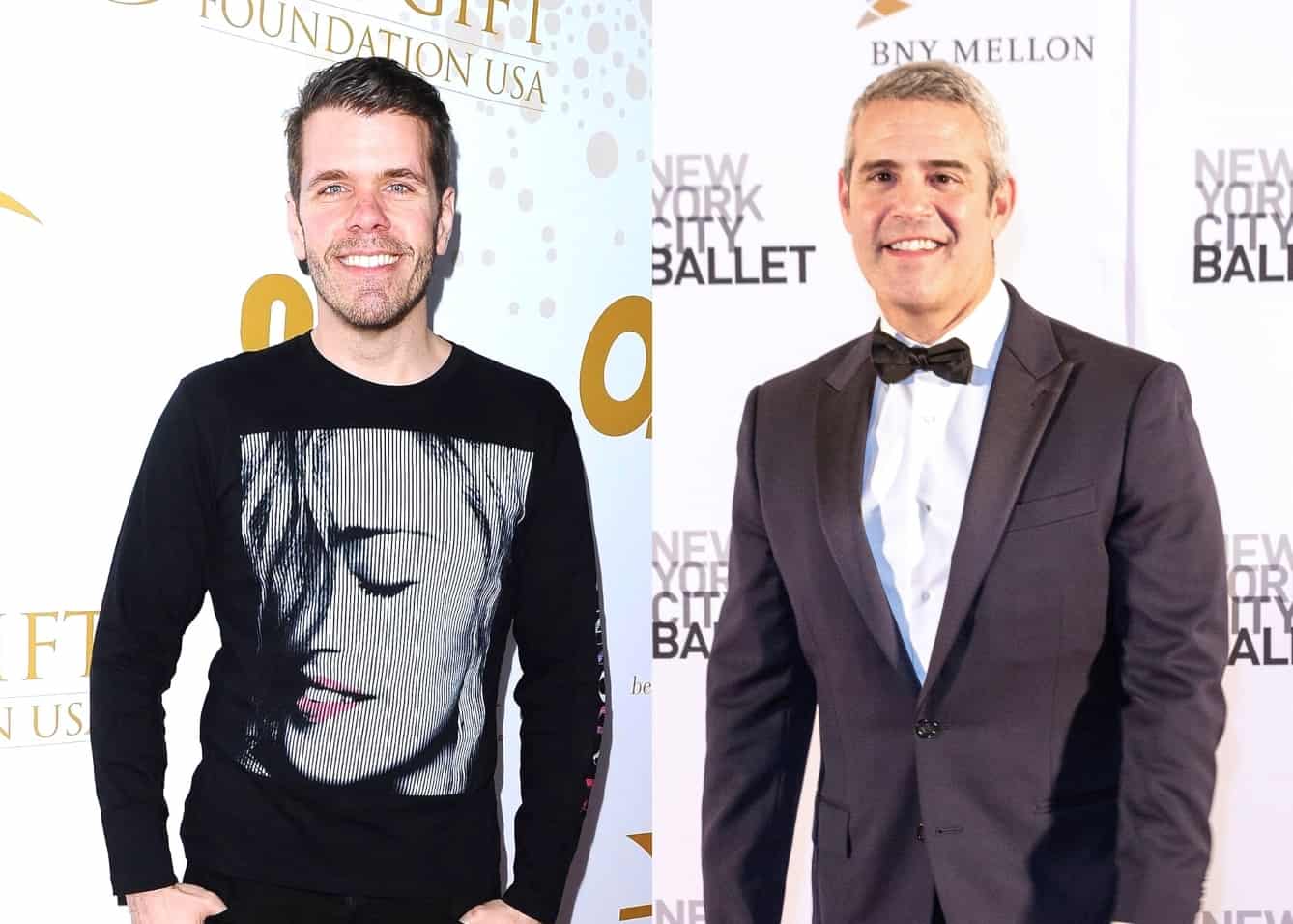 Perez Hilton opened up about his feud with Andy Cohen during the October 23 episode of Scheana Shay‘s podcast.

While chatting with the Vanderpump Rules cast member, Perez seemingly accused the Watch What Happens Live host of stealing his idea for a series based around gay dads and their families before explaining why he won’t be suing Andy or Bravo and revealing why he believes Andy is unwilling to work with him.

“I love being a dad and for the last seven years, I’ve tried to get on the air, this show about gay dads,” Perez began on Scheananigans. “I’ve pitched it to everybody. I’ve partnered with Bunim-Murray, the OGs in the space of reality, and even with Bunim-Murray attached and a casting tape, no network wanted to buy it. They all told us off the record it was too gay but on the record it was too niche.”

“Even though everybody turned it down, whenever I would meet with production companies or networks or syndicators, I would always bring up this idea again because I was genuinely passionate about it. And then last year, I emailed Andy Cohen,” he continued.

Because Andy had just welcomed his first son, Benjamin, Perez believe it was the right time to approach the WWHL star with his idea. Unfortunately, Andy didn’t bite.

“He took the time to email me back and he said, ‘Yeah, these people are right. It’s too niche for Bravo and I don’t even think there’s a home for it on E!,’” Perez recalled.

Although Andy was uninterested in teaming up with Perez on the idea at the time, the blogger learned months later that Andy was in development for a gay dads show for Bravo. Right away, Perez emailed the Bravo exec, via his manager, and made it clear that he was willing to work with him behind the scenes, if not as the series’ talent.

“I had my manager hit up the production company that Andy partnered with to develop this gay dads show and they straight up told my manager, ‘No, he’s not involved as talent or a producer,’” Perez shared.

While many have suggested Perez sue Andy for seemingly stealing his concept, Perez has no plans to do so.

In closing, Perez suggested that Andy may not want to work with him due to his reputation.

“Maybe Andy doesn’t want to work with me because I’m me and I have my baggage and my reputation,” he stated.