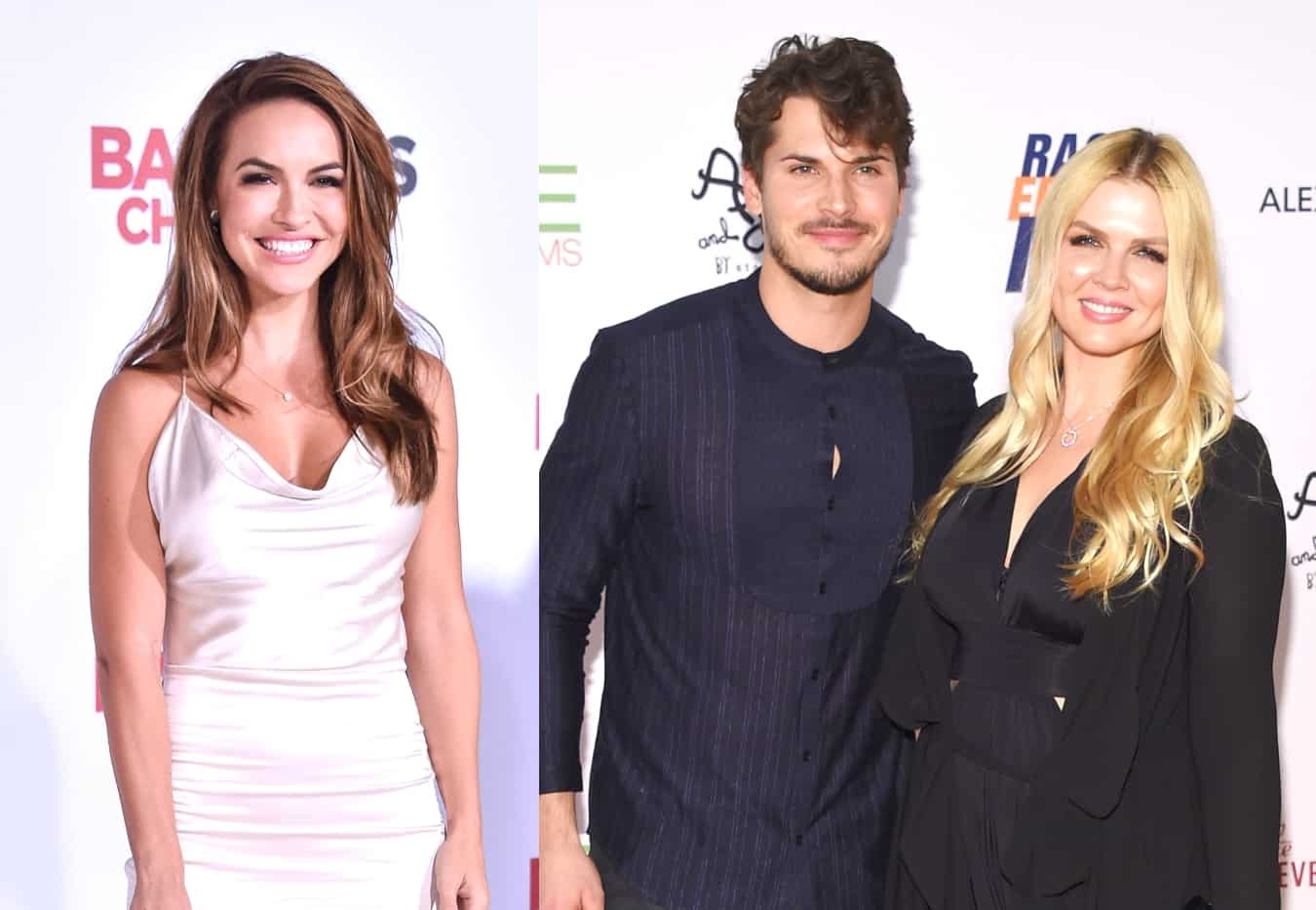 Chrishell Stause is speaking out against rumors that she sparked a romance on set with her Dancing With the Stars partner, Gleb Savchenko.

The Selling Sunset star vehemently denied the accusations in a recent statement following Gleb’s announcement that he and wife Elena Samodanova were separating after 14 years of marriage.

“I am so saddened about the news of Gleb and Elena’s split. It is unfortunate that this has caused rumors to swirl about my personal life,” Chrishell wrote in an Instagram Story.

She went on to reference her 2019 split from her ex, Justin Hartley, “Having gone through a public split myself, I would not wish this on anyone. As you can imagine, the countless hours of training, and dance rehearsals has created a strong supportive friendship, but nothing more. I wish nothing but the best for both Gleb and Elena during this unfortunate time.”

Below is a screenshot of Chrishell’s post as shared by Cosmopolitan. 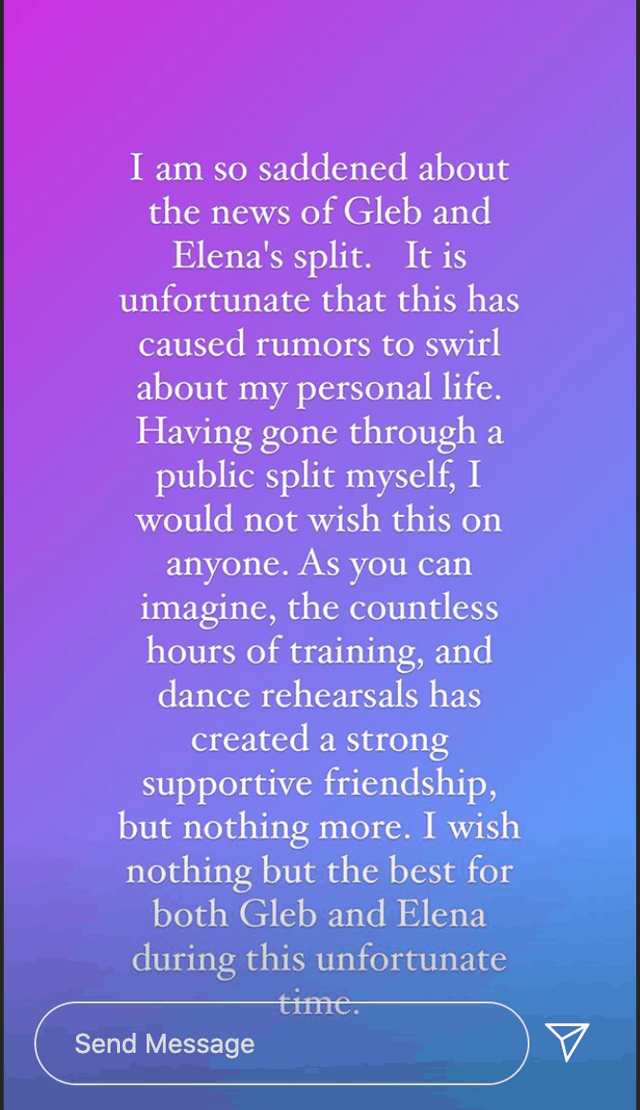 The drama began after Gleb announced his divorce from Elena on Friday. He took to Instagram to share the news.

“It is with a heavy heart that I tell you my wife and I are parting ways after 14 years of marriage,” he wrote. “We still intend to co-parent our wonderful children together who we love so dearly, and we will strive to continue to be the best parents that we can to them. We ask that you respect our family’s need for privacy and healing during this time.

Gleb’s estranged wife Elena then spoke with PEOPLE on November 7 about her trust in Gleb being “irrevocably broken” by his “ongoing infidelity.”

“After 14 years of marriage, and multiple affairs, I’ve decided enough is enough,” Elena said. “Gleb and I have created a family and multiple businesses together. But apparently, it just wasn’t enough to keep our marriage strong. Gleb’s ongoing infidelity and a recent inappropriate relationship has created turmoil in our marriage and absolutely torn our family apart.”

She continued, “No wife should ever stand by and watch while another woman gifts her husband expensive presents, lures him out to dinners and seduces him at every turn. Last night was the final straw, and I can no longer turn my head the other way. My trust in Gleb is irrevocably broken and it is time that I walk away and begin to heal so I can be the best version of myself for my girls.”

On Saturday, Gleb responded to the accusations, defending himself against Elena’s claims and denying any romantic involvement with Chrishell while on DWTS.

“While I will continue to respect the privacy of my family, I will not stand by and allow false accusations and internet rumors go unaddressed,” he said in a statement from his rep. “My relationship with Chrishell was and remains strictly platonic. Our friendship during our season on DWTS was not the reason for our split. Elena and I have had longstanding issues in our marriage. This has been an ongoing situation between Elena and I paired with poor timing. It was my deepest hope to keep our private life just that: private. I am saddened and disappointed to see that Elena has chosen not to do the same.”