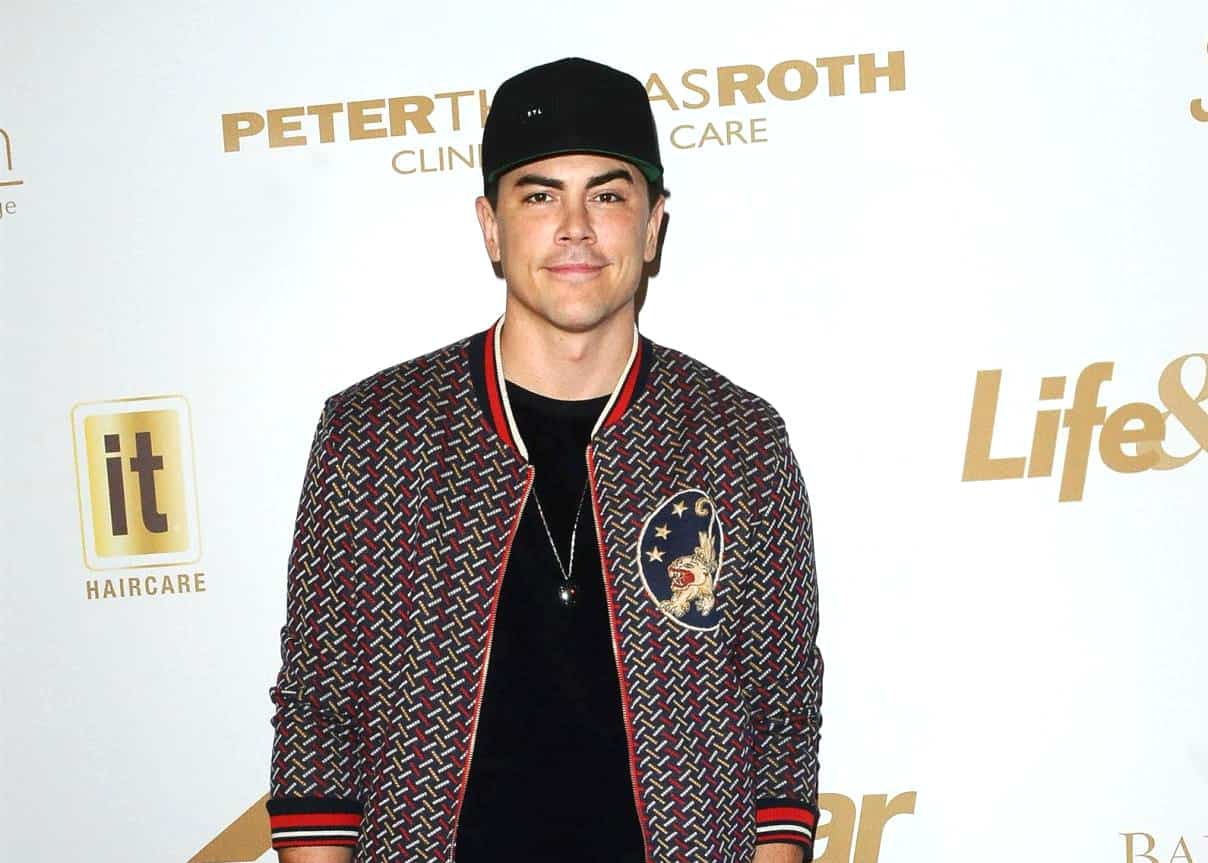 Tom Sandoval has a new look and fans aren’t happy about it.

Earlier this week on Instagram, the Vanderpump Rules cast member’s longtime girlfriend, Ariana Madix, announced their new partnership with Gardenuity with a photo that quickly caught the attention of her fans and followers, many of whom expressed disappointment over the blonde streaks in Sandoval’s dark hair.

“I can’t believe it has almost been a year since [Tom Sandoval] and I released [Fancy AF Cocktails]!!” Ariana wrote in the caption of her post. “To celebrate our one-year anniversary we are collaborating with [Gardenuity] on the Fancy AF Organic Cocktail Garden Collection.”

While Ariana’s post was meant to promote her partnership with Gardenuity, and to announce that $5 from each purchase will be donated to James Beard Open For Good, which is helping restaurants in American reopen their doors, it was Sandoval’s hair that got her fans and followers talking.

“What happened to Tom’s hair?” one person asked.

“Does he have guylites?” another fan asked.

“Is that what we call this look?” Ariana wrote back along with a laughing-while-crying emoji.

Another follower of Ariana encouraged Sandoval to do away with his streaks.

“Love you, Sandoval, but lose the blonde streaks. Your dark natural hair is so gorgeous!” the person noted.

“You and I agree on that,” Ariana responded. 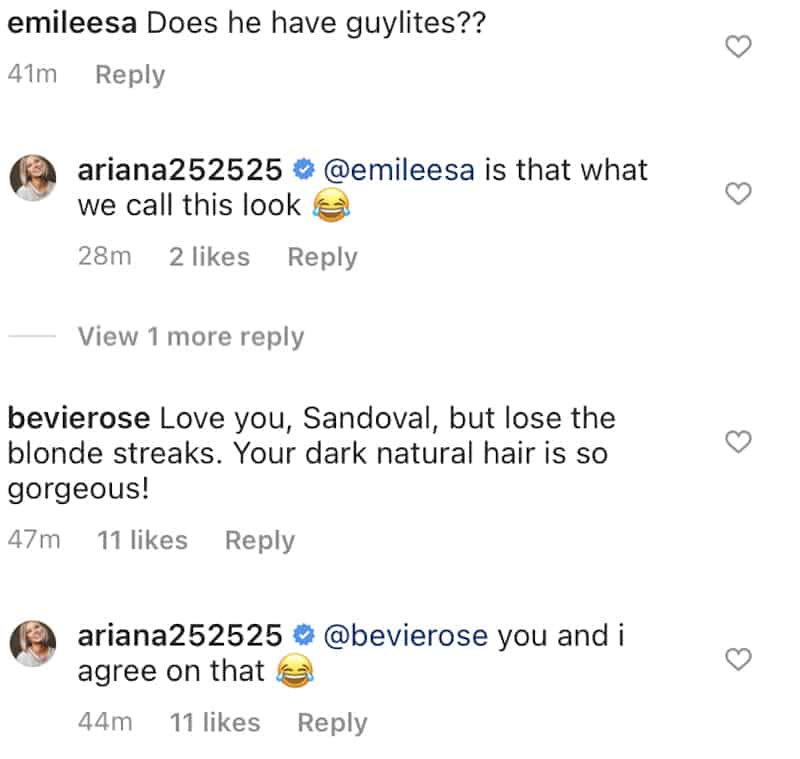 Others pointed out that Sandoval’s highlights were “too orange” and said his dark hair was “better.”

Although Ariana made it clear to many that she was not on board with Sandoval’s highlighted hair, she told another fan that his natural hair will grow back.

While Vanderpump Rules season nine has not yet gone into production, the series has not been canceled. 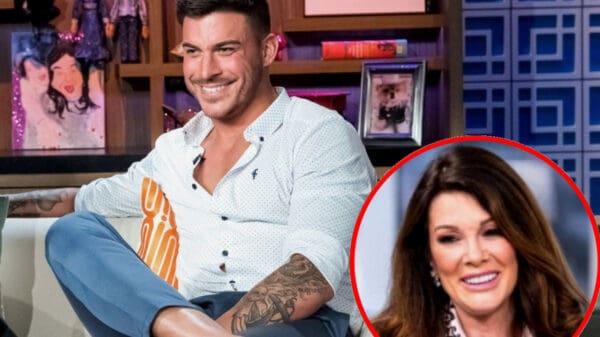