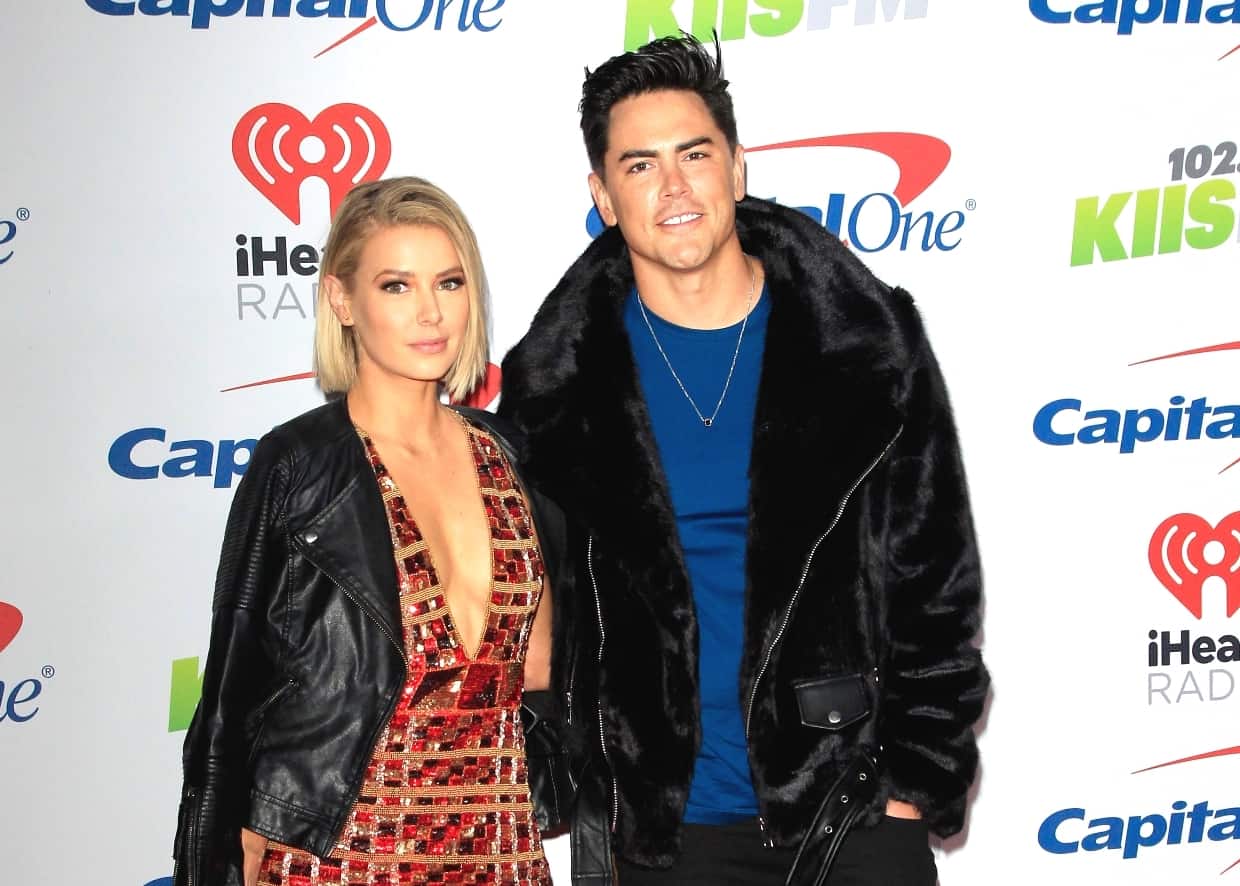 Tom Sandoval and Ariana Madix appeared on Tamron Hall‘s daytime talk show on Friday, where they opened up about their thoughts on marriage and their new home.

While also showcasing a number of recipes from their cocktail book, Fancy AF Cocktails, Tom and Ariana revealed if they’re open to a future wedding before addressing the backlash they received over their home during season eight. They also answered a question about whether or not they bit off more than they can “financially chew” with the property.

“I don’t think it’s something that we’re planning on doing anytime soon,” Sandoval said of getting married on the May 29 episode of The Tamron Hall Show. “It’s just not something we really feel like we need. We just got into a thirty-year commitment with this house.”

According to Ariana, her decision against tying the knot in no way means that she’s against the idea of marriage.

“You know, of course, everyone should do what makes them happy, what they want to do,” she shared.

As for the many negative comments that have been made about her and Sandoval’s $2 million home in Valley Village, Ariana said she doesn’t really understand why people were so upset by their decision to purchase such a pricey pad and to take their time decorating.

“It’s hard to have a reaction honestly because I, I don’t know, I’ve never – not to toot my own horn – but I haven’t really seen myself approach anything as an adult where I’ve failed so I don’t know why they would be rooting so hard for me to fail this time,” Ariana explained.

Tamron then questioned Sandoval and Ariana about whether or not they were financially capable enough to take on such a big responsibility.

“You did not bite off more than you’re able to financially chew with this house?” she asked.